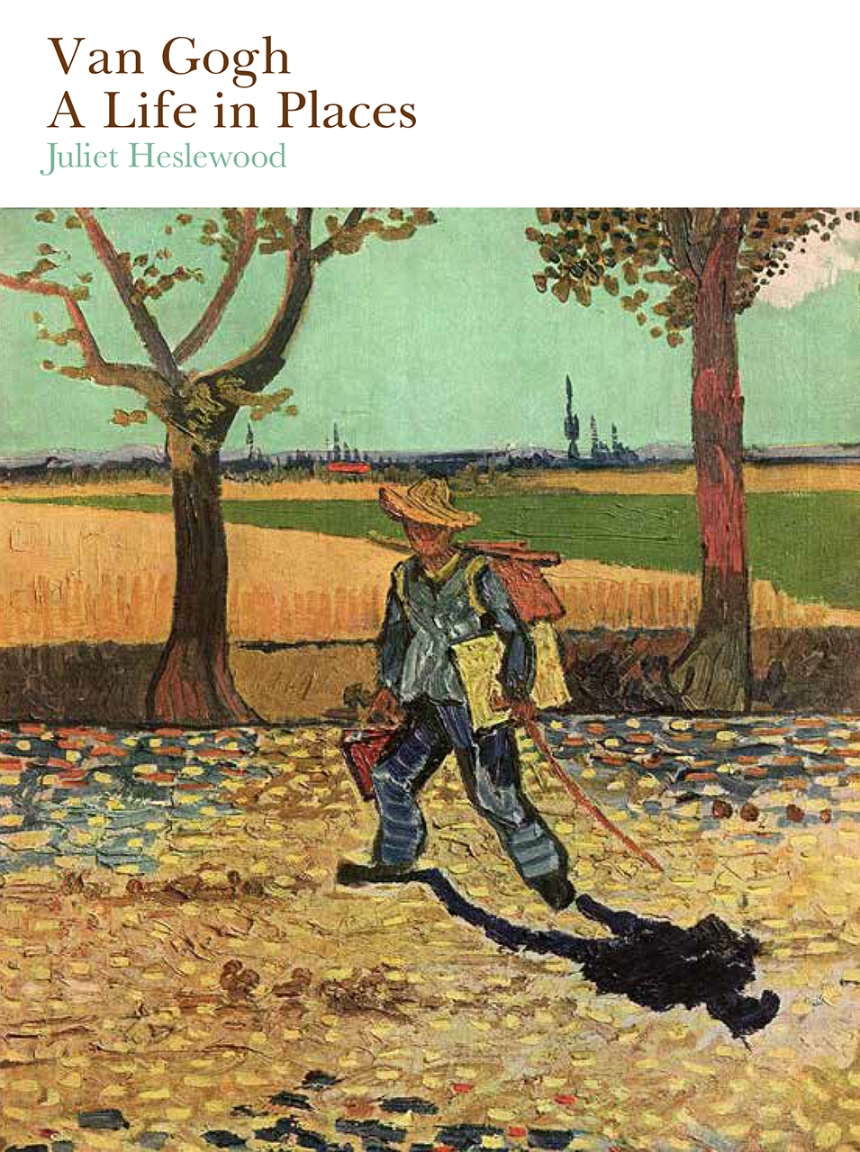 A Life in Places

A Life in Places

Vincent Van Gogh lived a restless, itinerant life. He moved regularly, from his parents’ vicarage to the homes of peasants, from seaside Ramsgate and landmark locations in London to the heights of Montmartre, from the now-famous Yellow House in Arles to a hospital and then an asylum. In his final years, he wandered the fields and streets of Auvers, near Paris.

In each location, he painted. Though he had initially set out to be a portrait painter—and one with a religious mission—his travels ultimately revealed his gift with landscape. Every time he found himself somewhere new, he set to work, capturing both the surroundings and the buildings, houses, and monuments around him. He also wrote at length about the places he traveled in his notebooks and letters.

​This book puts readers in Van Gogh’s shoes, following him on his intertwined physical and artistic journeys throughout his life. Mixing narrative with images and quotations from Van Gogh’s letters, Juliet Heslewood builds a rich tapestry of Van Gogh’s experience, of the places and people who surrounded him. Offering new insight into his life and creative process, Van Gogh: A Life in Places will thrill any fan of this beloved master.