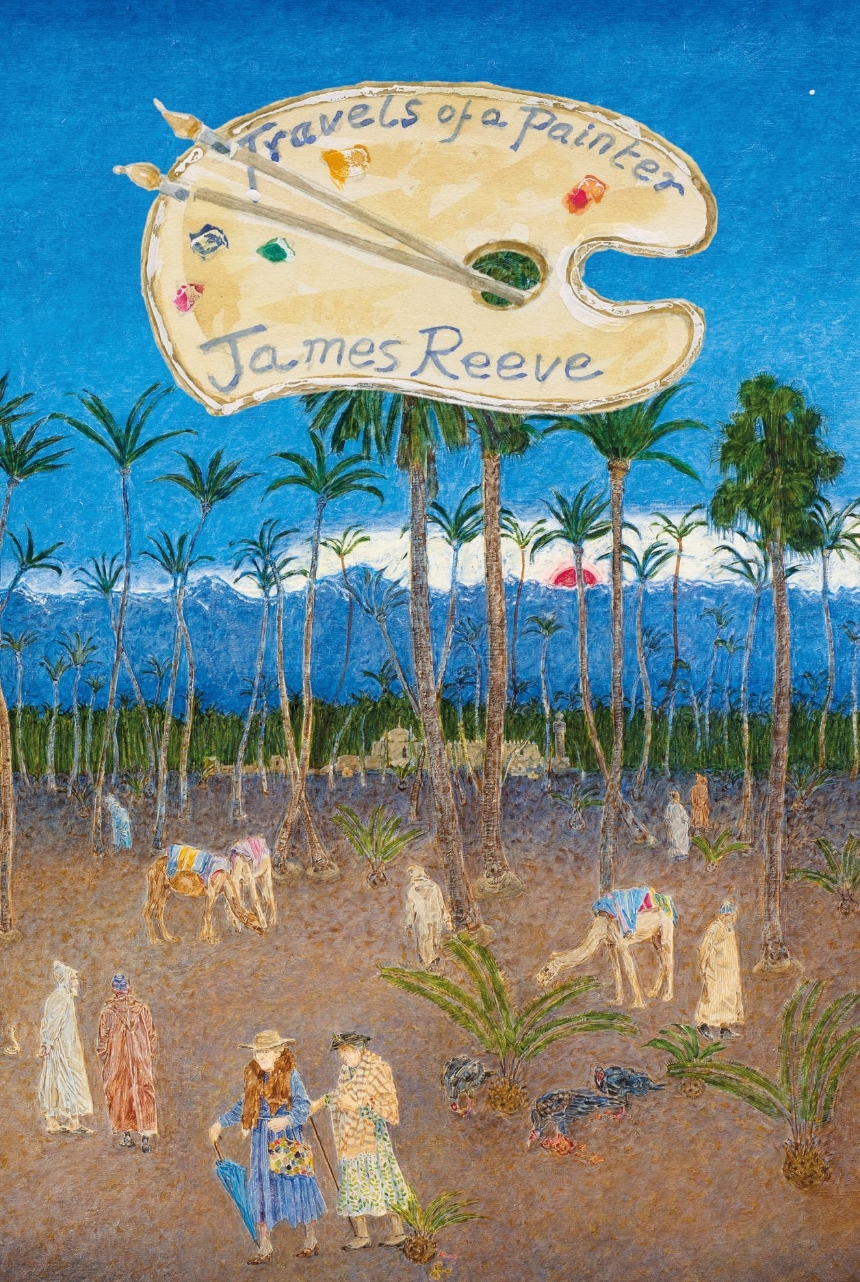 Travels of a Painter

Travels of a Painter

Since 1961 James Reeve has been exhibiting and selling his paintings, first in Florence, then in Madrid. From 1974 onwards he has traveled widely, often with subsequent London gallery exhibitions. Here he vividly describes and illustrates the characters he meets, and the adventures unfold along the way—in Haiti, Madagascar, India, Australia, Jordan, the Republic of Yemen, and Mexico.

​His cousin, the historian Antonia Fraser, once remarked in a letter to him: “Dearest James, When God gave you your great artistic talent She made a big mistake, contrary to what is generally thought. This is because you are really meant to be a brilliant writer.”

And so now, badgered by Fraser and other writer friends, Reeve has at last put his talents together in a series of self-contained short stories recalling travels, anecdotes, and encounters, vividly illustrated through his colorful vignettes. Always travelling with the purpose of work, in Italy James meets Mrs. Acton, the mother of Harold Acton. He meets Princess Elizabeth of Toro in Uganda and is captured by pygmies in the Congo forest. He paints the fearsome Mrs. Gilbert Miller’s portrait in Palm Beach and travels in Rajas­than with Diana Wordsworth, a last relic of the Raj. At last, weary of wan­dering, he discovers a distant cloud-forest village in Mexico. There he built a house and stayed for the next  thirty-five years.

Accompanied by beautiful original illustrations, Travels of a Painter is a colorful collection of short travel stories by a master of description.

"Narrative artist James Reeve has never kept a diary, instead writing his long, detailed letters home from his extensive, worldwide travels. Finding these by chance in a trunk, carefully tied up with string and dated and labelled by his mother, he has used them as the basis for this part-memoir, part-travelogue and illustrated it with vividly colourful vignettes of experiences and encounters."

"James Reeve belongs to that rare breed of artists who can write. . . . It is a delightfully entertaining, if often shocking, memoir, an escapist antidote to our lockdown times. . . . Reeve has an eye for vivid detail and captures the absurdity of life with aplomb. . . . The book is as quirky as it is quixotic, and all human life is here."