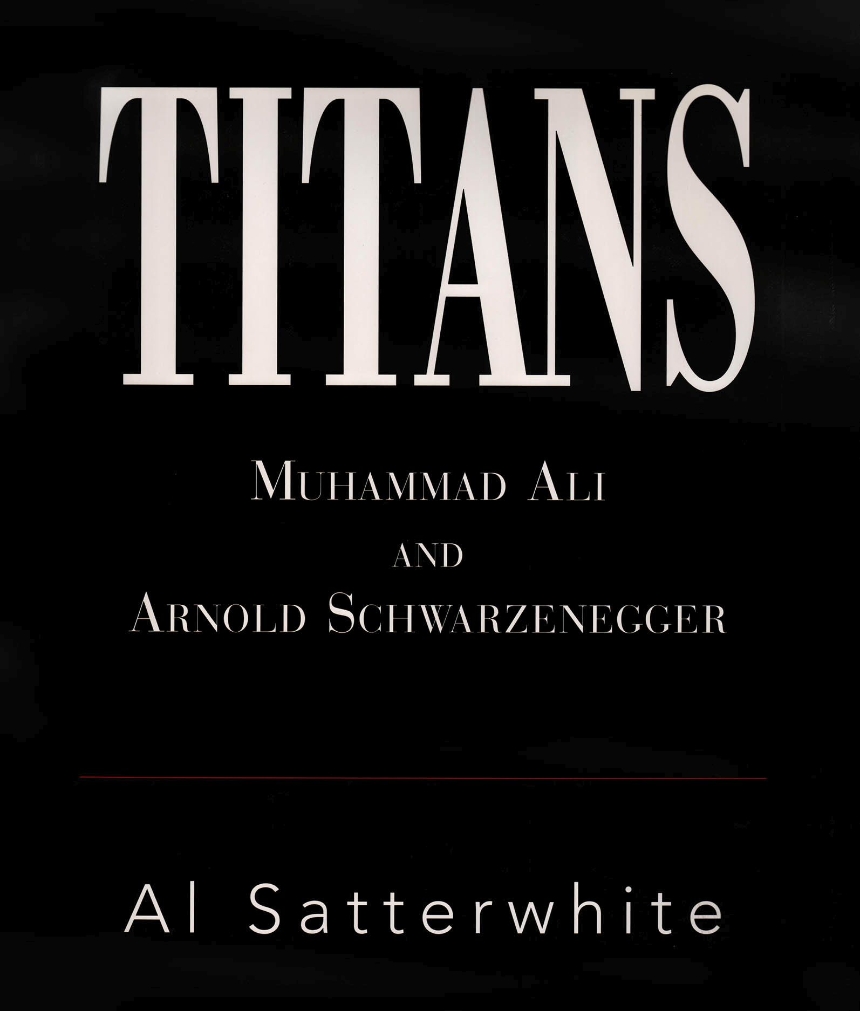 Arnold Schwarzenegger does not seem to be comparable to Muhammad Ali on the surface. But look closer. Both Ali and Schwarzenegger came from nowhere to win titles. Both men were great physical specimens, but later became known for their wit, humanity and crowd-pleasing nature, not merely for their brawn. And, of course, both men became known as two of the greatest icons of their time. They did it largely because they were both able to overcome stereotypes and false perceptions. Photographer Al Satterwhite first met Muhammad Ali in 1970 at the 5th Street Gym in Miami Beach when he was assigned by Time, and later Life, to photograph him preparing for his fight with Joe Frazier. Ali was young, brash, and eloquent. Satterwhite came to know Arnold Schwarzenegger in 1976 when he spent time with him as he trained at Gold’s Gym, shooting trap and skeet in the Santa Monica mountains, and just hanging out in Venice Beach. During this time, he came to understand what made both men champions. There was one simple explanation: it never occurred to them that they were not champions. This book vividly demonstrates the qualities of these two men in a series of candid black and white photographs, accompanied by short essays written by well-known sports commentators and writers, Roy Firestone and Robert Baum.