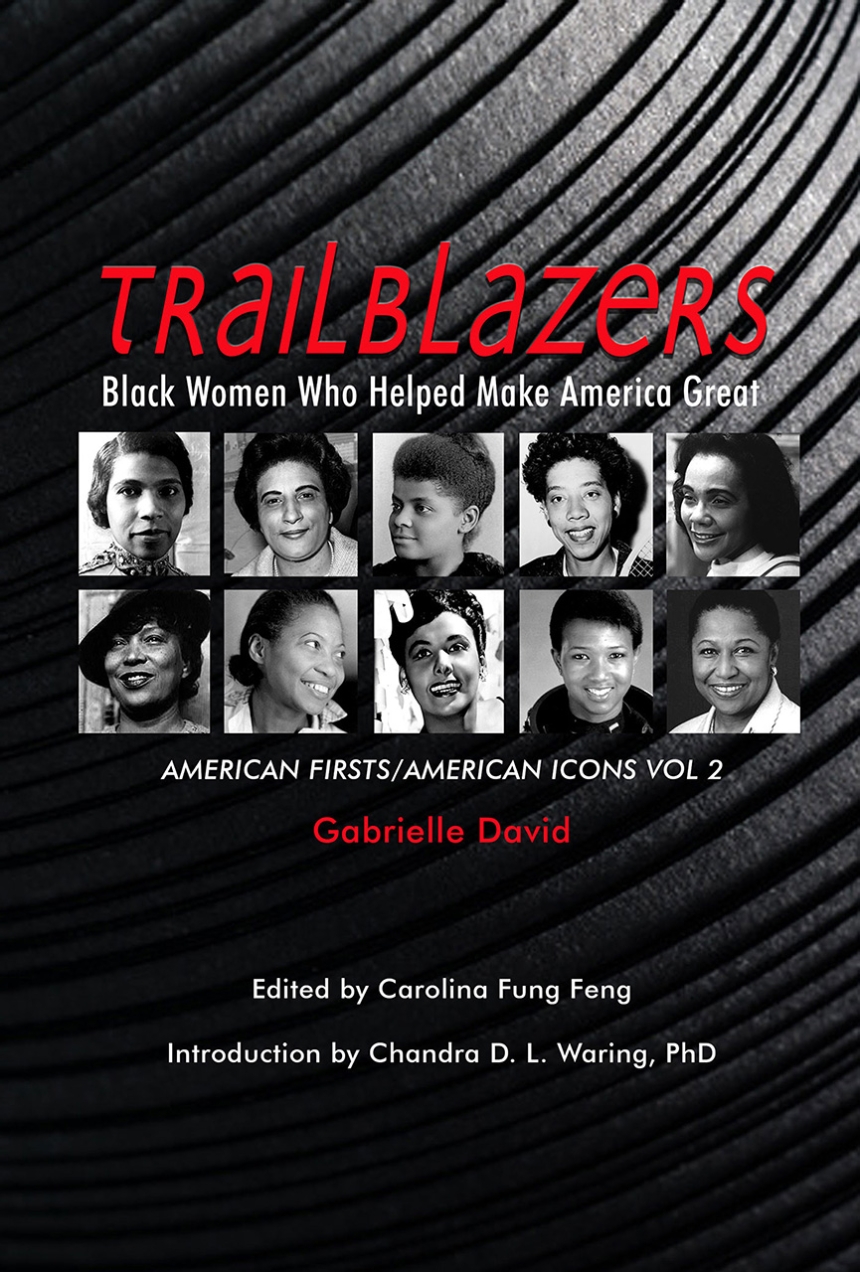 Edited by Carolina Fung Feng
With an Introduction by Chandra D. L. Waring
With a Foreword by Lyah Beth LeFlore
9781940939995

Edited by Carolina Fung Feng
With an Introduction by Chandra D. L. Waring
With a Foreword by Lyah Beth LeFlore
TRAILBLAZERS by Gabrielle David is a six-volume series that examines the lives and careers of over four hundred brilliant women from the eighteenth century to the present who blazed uncharted paths in every conceivable way. The lives profiled here include recognizable figures alongside some women that readers will be discovering for the first time, as well as those women who are shaping the era we live in today.

This second volume of the TRAILBLAZERS series features women who are visual artists, women who served their country as elected officials or working in government, and composers, songwriters, and conductors. Each of these sections is preceded by an introduction, which provides insight into these women’s stories in a historical timeline. This volume includes biographical essays of eighty-five women, illuminating the significant role each have played in shaping America’s greatness, accompanied by powerful photographs that help illustrate who they are.

With TRAILBLAZERS, David has created an expansive and accessible reference book that provides significant information on the histories of the movements for feminism and civil rights. The book provides a hopeful and inclusive telling of history, one in which Black women receive the same recognition as their white and male counterparts. From the foremothers who broke gender and racial barriers to the mighty women of today, TRAILBLAZERS turns a much-deserved spotlight on these powerful and inspiring role models. This book is written in accessible prose that contain personal reflections for a broad audience, and it can also serve as a vital reference guide for use in schools and libraries.