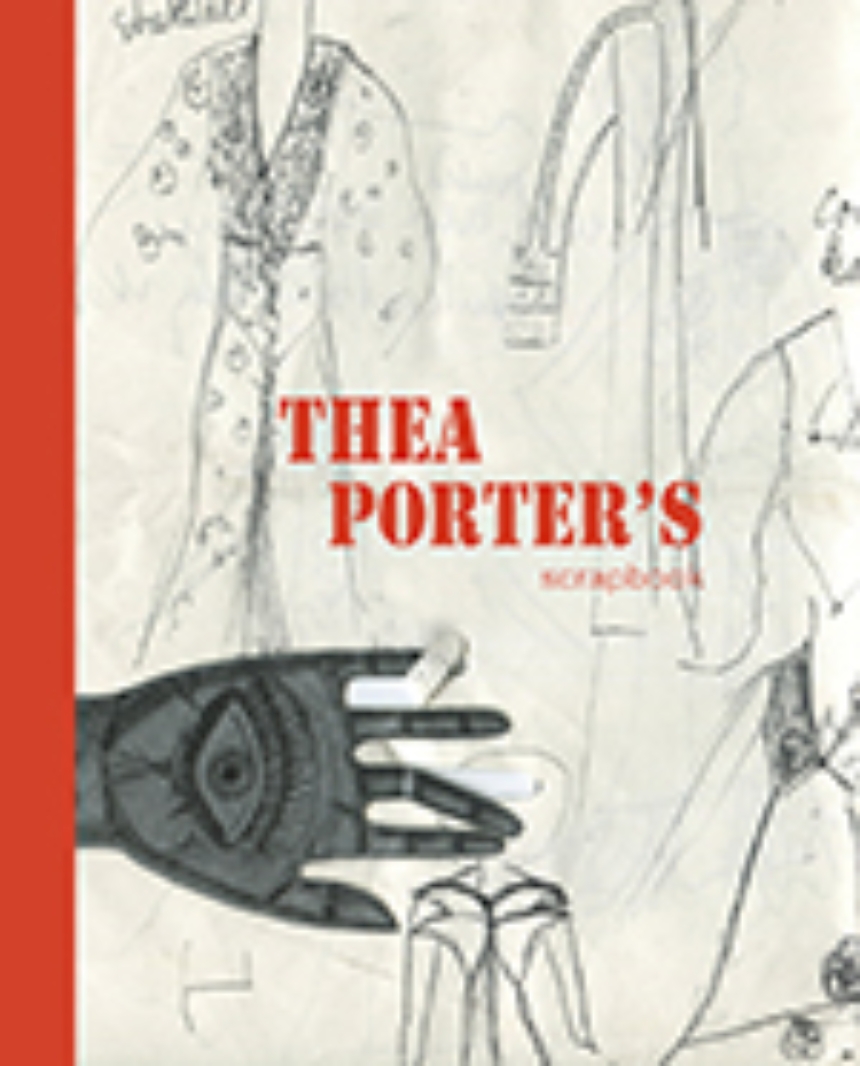 Starting in 1966, Thea Porter designed clothes for the rich and famous for nearly two decades. Her creations were made from sumptuous fabrics that drew inspiration from the Middle East, combining richly patterned silks with antique fabrics. Her clothes were a must for music and film stars such as Pink Floyd, Crystal Gayle, Elizabeth Taylor, and Barbra Streisand. Porter soon became a key member of an innovative group of British designers that included Ossie Clark, Zandra Rhodes, and Jean Muir, and her place in the history of British fashion was ensured when she was named Designer of the Year in 1972.

Thea Porter’s Scrapbook is her story in her own words, an unpublished autobiography she put together before her death in 2000. Edited by her daughter Venetia and with an essay by fashion historian Amy de la Haye, it reveals Porter’s further talents as a keenly observant and descriptive writer. This book, which includes working drawings, sketches, snapshots, and manuscript notes, serves as a memoir of her early life and career, charting many memorable episodes, including the dramatic surge of American interest in her clothes and the opening of her shop in Paris as she pursued her ambition to create dresses “beyond trend and tat, that thirty years from today will still be beautiful.”

"The whole book is a great slice of fashion history."

"A captivating book. . . . Porter’s writing resembles her designs – it is often . . . a sensual patchwork. . . . Like a wardrobe overflowing with wondrous clothes, the book is stuffed with photographs and paintings."