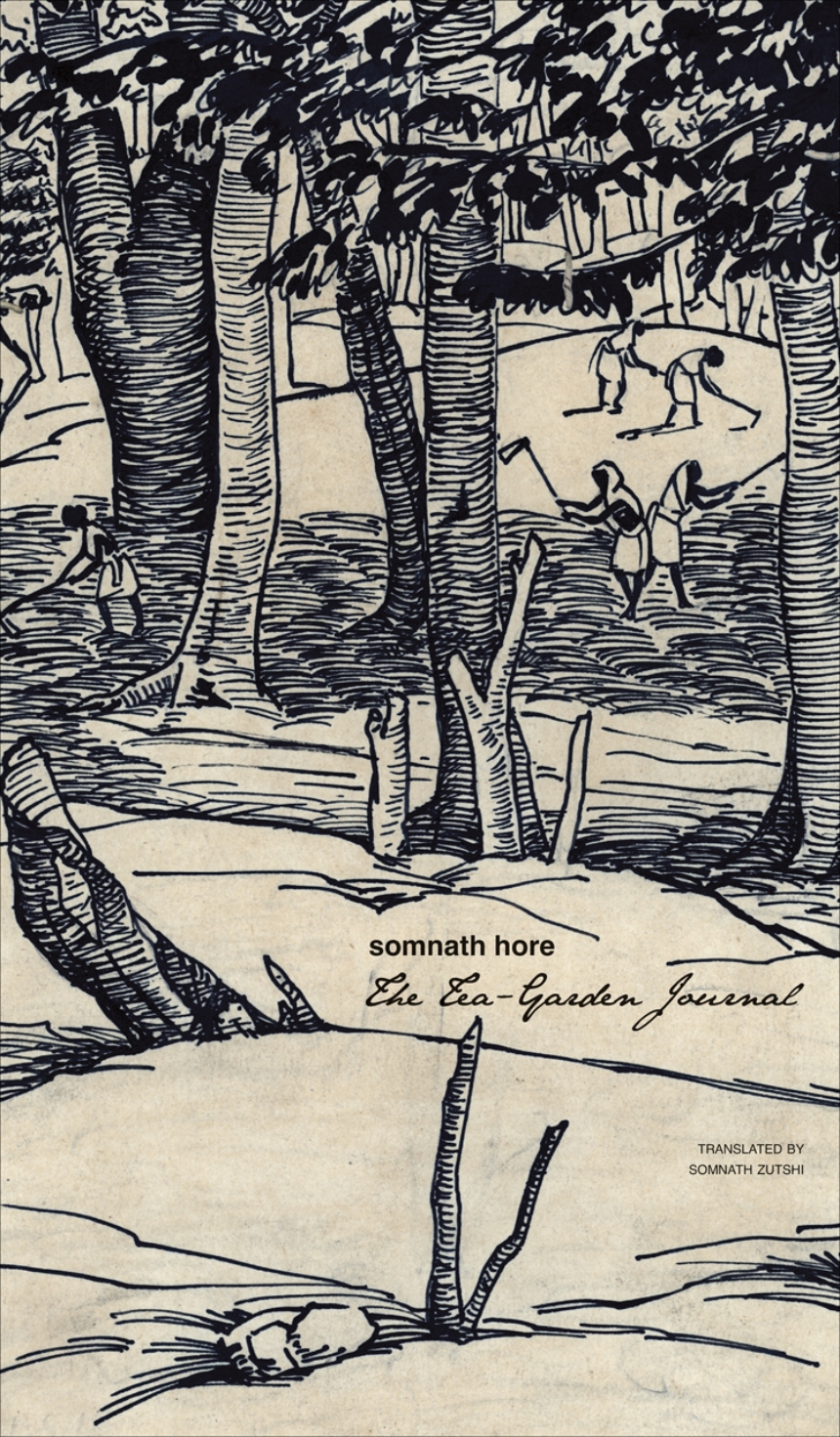 Translated by Somnath Zutshi
Famous for their Darjeeling tea, the tea gardens of Bengal were the birthplace of a worker’s union movement in the 1930s, while India was under British colonial rule. Protesting oppression by owners and managers, the workers formed unions, organized by the Communist Party of India, which pitted them against the owners and managers, their enforcers, and the constabulary. Despite the powerful opposing forces, the workers union was successful—thanks to organizers and activists, they were able to wrench concessions from the companies. The Communist Party sent a young artist and activist named Somnath Hore to document this socialist struggle; he arrived complete with his sketchpad and journal.
Hore would later become one of India’s foremost painters and sculptors, and his early promise is easy to see in his observations from the struggle, now available in an English translation by Somnath Zutshi. Richly illustrated with more than one hundred facsimiles of pen drawings, The Tea-Garden Journal is a fascinating document of a struggle that is both local and global, both in the past and still very present.

“Just as creation is shaped by geometry and mathematics, Hore’s world is shaped by lines. He unmasks one of the most complex questions of human existence—of suffering—through the complex simplicity of the line. . . . The drawings from Tea Garden Journal feature pen and ink depictions of life in the tea gardens as well as portraits (with written descriptions) of the workers who took charge of the union movements.”