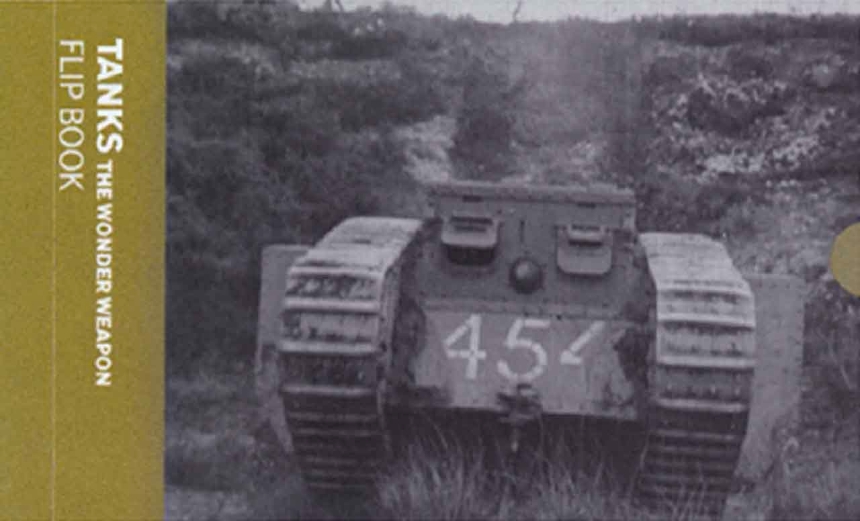 The Imperial War Museum’s archive is home to more than 20,000 hours of moving image material spanning the twentieth century in Britain. The clips range from documentary film and official newsreels, to unedited combat footage, and amateur shots. In the museum’s early days the films could only be viewed through Mutoscope machines from the late nineteenth century that functioned much like a flipbook, giving life to a series of motionless images. The Mutoscope did not project images on a screen, rather the machine was used by one person at a time. To re-create the experience of watching these historical film reals, some of the most compelling scenes have been reproduced in these action-filled flipbooks.

The Tanks flipbook shows the up-close action of the 1917 Mark IV tank. The bulletproof steel vehicle rolls along on its massive treads, plowing through everything in its path. This was the most-used tank on the British side during World War I, and a total of 1,200 were built nationwide.

Replicating the action of old-time film strips, these flipbooks will be a delight for both children and adults, transporting those who flip the pages to Britain’s wartime past.