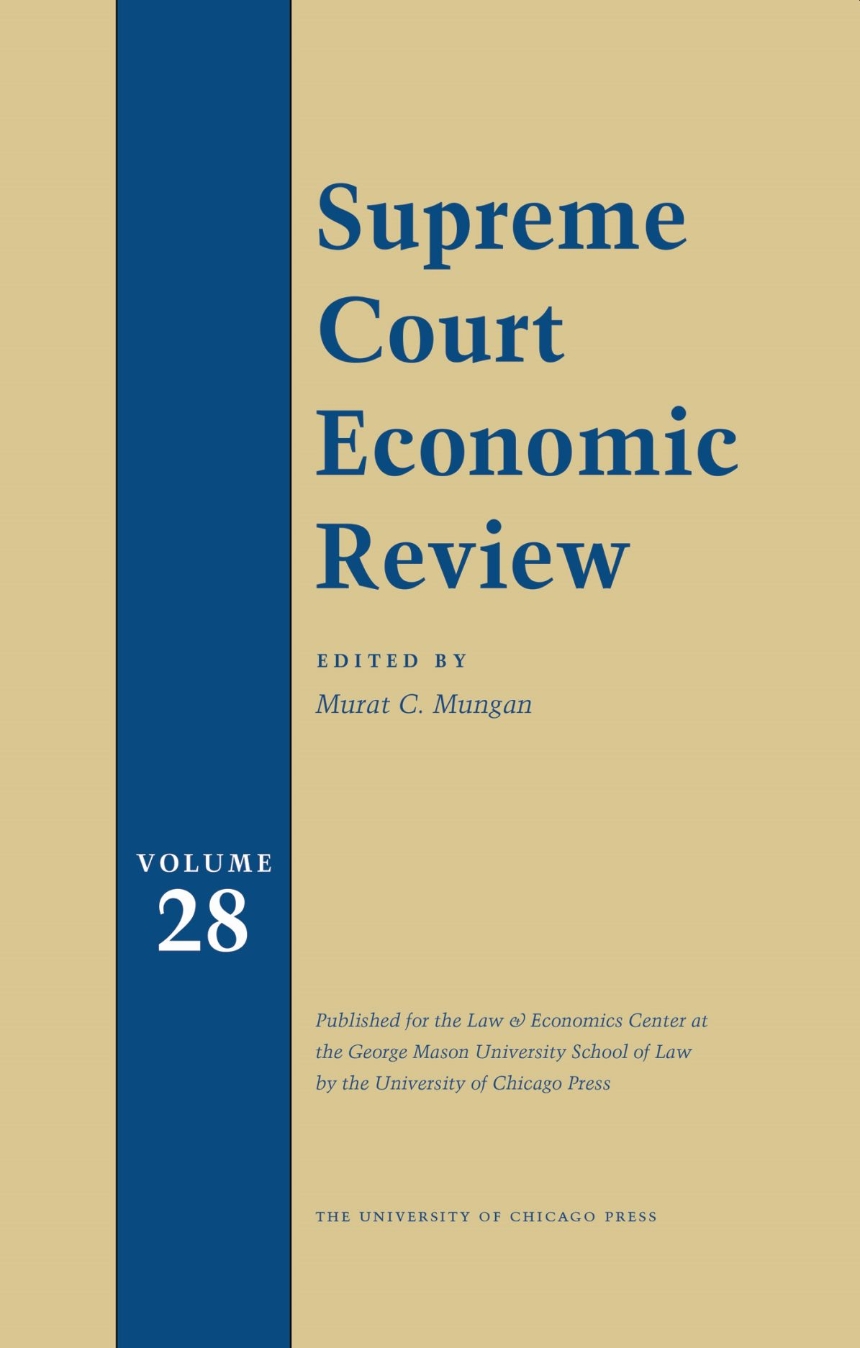 The Supreme Court Economic Review (SCER) is a faculty-edited, peer-reviewed, interdisciplinary law and economics series. The journal has a particular focus on economic and social science analysis of judicial decision-making, institutional analysis of law and legal structures, political economy and public choice issues regarding courts and other decision-makers, and the relationship between legal and political institutions and the institutions of a free society governed by constitutions and the rule of law. The series also publishes special symposium issues that build on SCER's traditional focus on the intersection between law and economics. The contributors include renowned legal scholars, economists, and policy-makers, and consistently ranks among the most influential journals of law and economics.

Law and Legal Studies: Law and Economics, The Constitution and the Courts