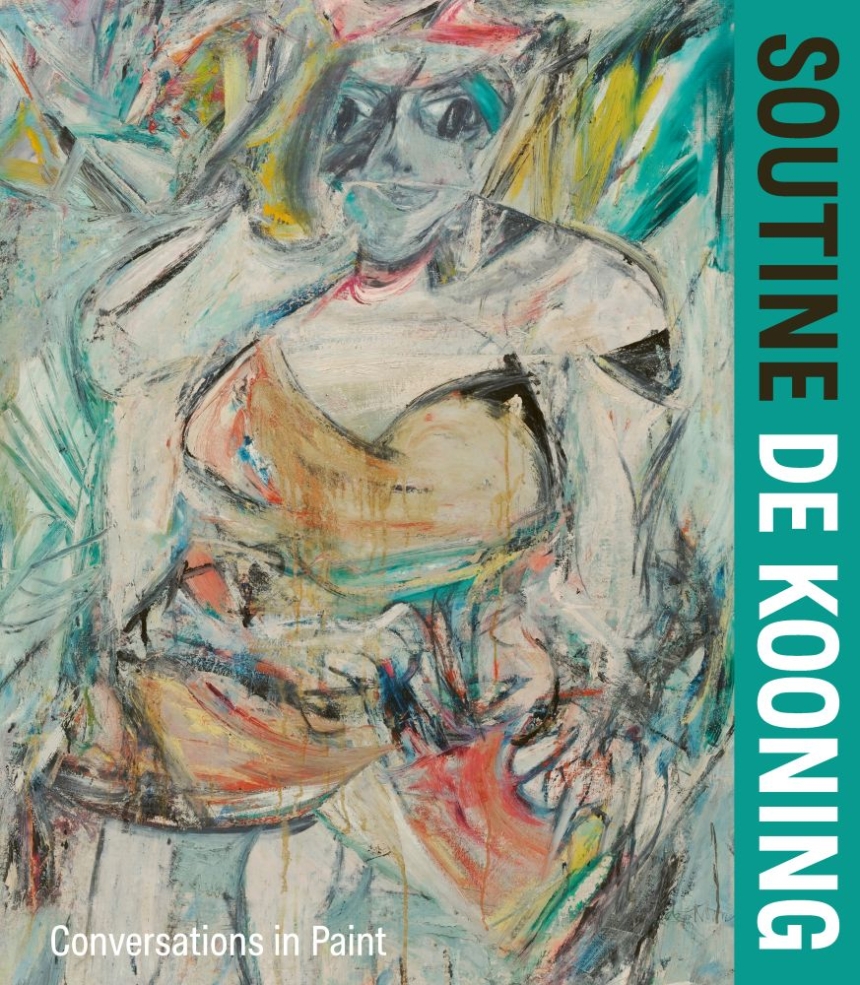 “I’ve always been crazy about Soutine—all of his paintings,” said Willem de Kooning in 1977, speaking about Lithuanian artist Chaim Soutine (1893–1943). Of all the abstract expressionists, de Kooning was the only one who continued to praise Soutine throughout his career and to credit him with an influence on his work. But how much was de Kooning’s approach impacted by Soutine?

Soutine / de Kooning’s dramatic juxtaposition of the two artists reveals Soutine’s decisive influence on the development of de Kooning’s art. The expressive force of Soutine’s painting, coupled with his image as an “accursed” artist struggling with the vicissitudes and excesses of bohemian life in Paris during the interwar years, held a powerful sway over a new generation of postwar painters in the United States—it was during these years that de Kooning matured his own personal form of expressionism.

This lavishly illustrated book traces the development of Soutine’s influence, paying particular attention to the posthumous retrospective of Soutine’s work that was held at the Museum of Modern Art in 1950.