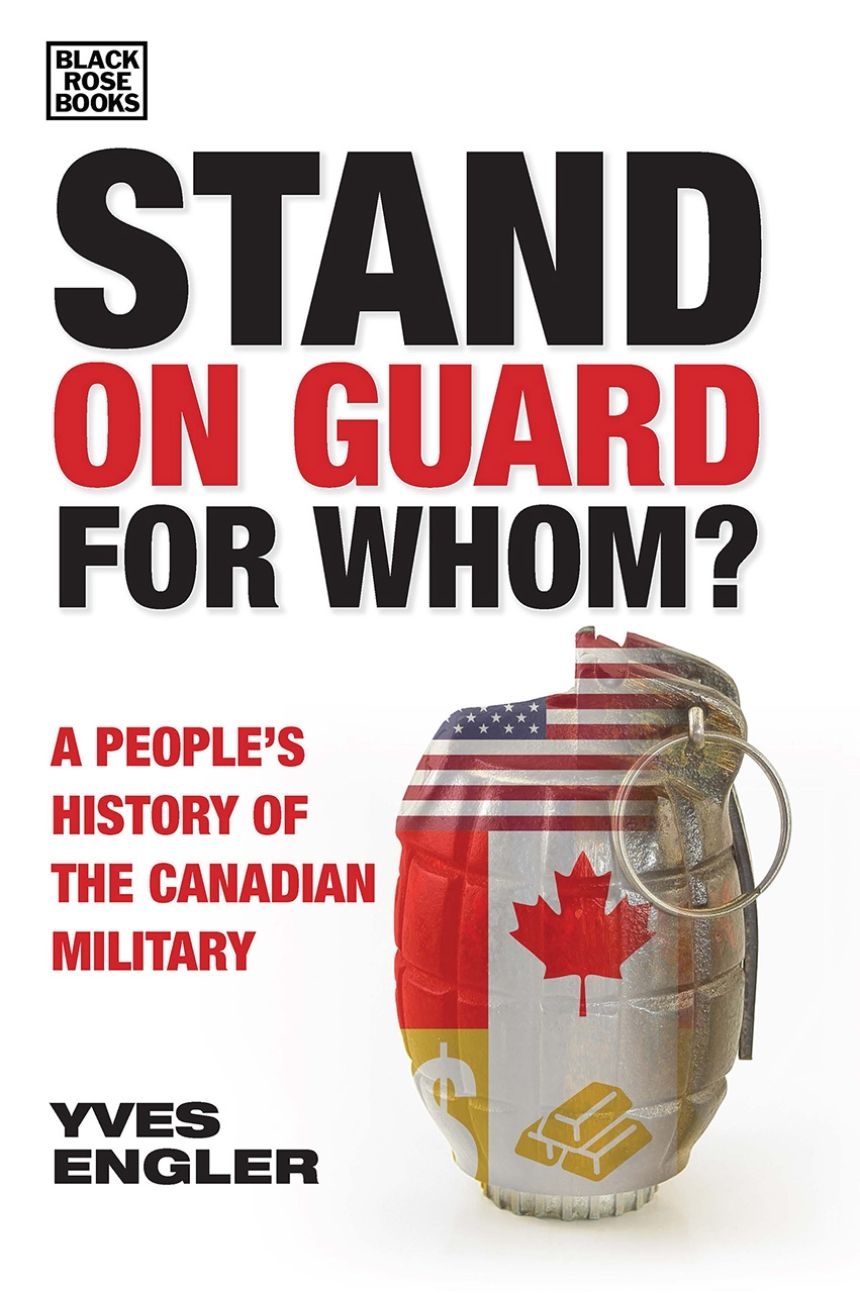 Stand on Guard for Whom?

A People’s History of the Canadian Military

Stand on Guard for Whom?

A People’s History of the Canadian Military

We Stand on Guard for Whom? is the first book to present a history of the Canadian military from the perspective of its victims. In his eleventh book, Yves Engler, the prolific author and critic of Canadian politics, exposes the reality of Canadian wars, repression, and military culture despite the mythologies of Canada as an agent for international peacekeeping and humanitarianism.

Originating as a British force that brutally dispossessed First Nations, the Canadian Forces regularly quelled labor unrest in the decades after Confederation. It would go on to participate in military occupations or invasions in Sudan, South Africa, Europe, Korea, Iraq, Serbia, Afghanistan, and Libya, as well as Canadian gunboat diplomacy and UN deployments that have ousted elected governments. As the federal government department with by far the greatest budget, staff, PR machine, and intelligence-gathering capacities, this book shows how the Canadian military is a key developer of military technology, including chemical, biological, and nuclear weapons. It also has an immense ecological footprint and a toxic patriarchal, racist, and anti-democratic culture.

However, as this book shows, Canadian militarism has always been contested, as early as opposition to conscription during World War I and as especially during peace activism against the US war in Indochina. More recently, city councils have declared themselves nuclear weapons free zones and prevented hosting of weapons bazaars and, in 2003, antiwar activists stopped Prime Minister Jean Chrétien from leading Canada into the US-led invasion of Iraq. This book reveals the hidden militarism in Canadian life and reminds us that the first step to contest it is to recognize its pervasiveness and power.