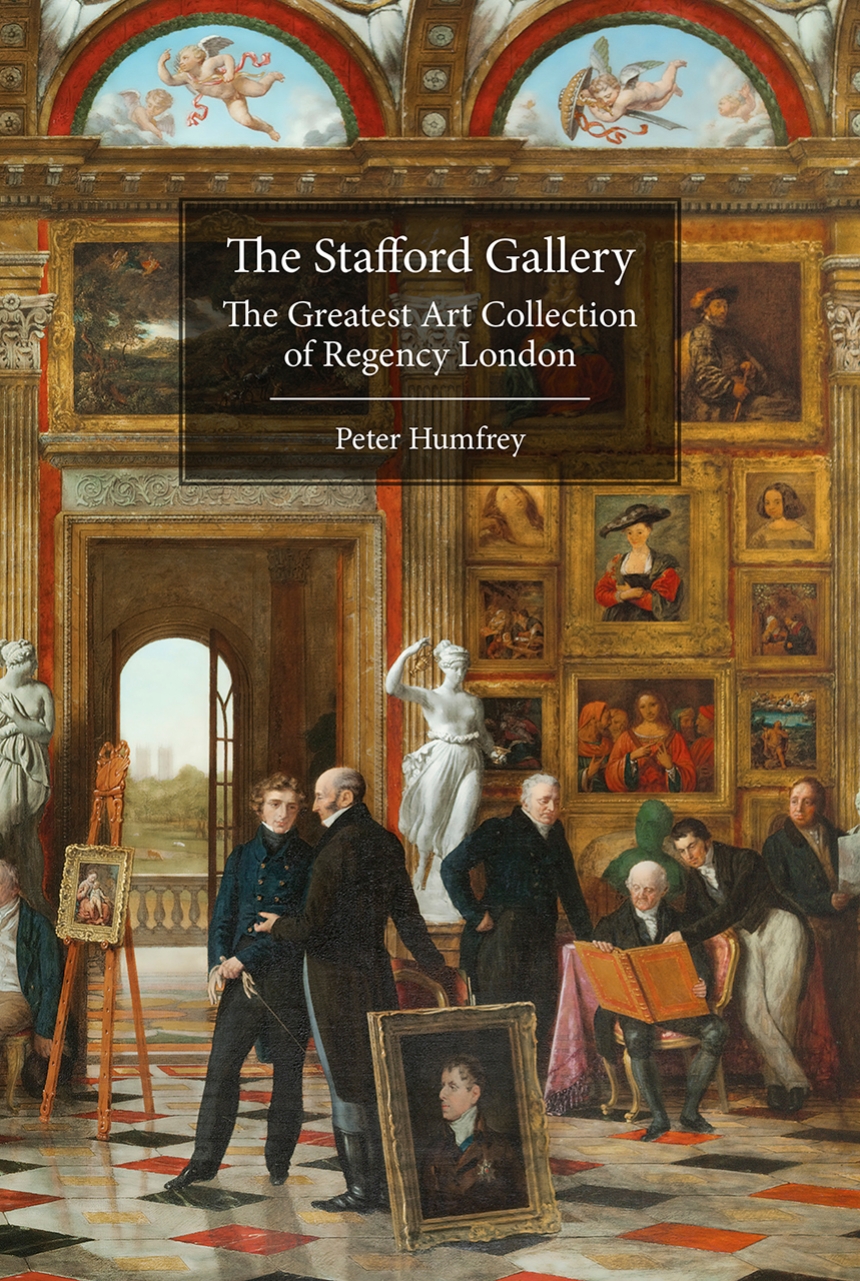 Peter Humfrey’s in-depth analysis of the Stafford Gallery, based on original research, shows how it represented the greatest art collection in Regency London during the quarter century of its existence, from 1806 to 1830. This book also provides the first detailed history of the Bridgewater collection, tracing the story from the Third Duke of Bridgewater’s purchases in Rome in the 1750s, to the major acquisitions of the 1790s, through the incorporation of the collection into the Stafford Gallery by the Second Marquess of Stafford, and finally to its reinstallation by Lord Francis Egerton in the new Bridgewater House in 1851.

As well as providing a detailed account of the personalities and differing motives of three generations of collectors and owners, The Stafford Gallery examines the ways in which the collection was arranged and displayed. Humfrey also explores the reactions to it by contemporaries—from sophisticated critics such as William Hazlitt to the general public—and analyzes major publications on it, including the four-volume 1818 illustrated catalogue by William Young Ottley. The thorough exploration of the famous collection is accompanied by 150 color illustrations, including many works that sold from the collection after 1946 and are now widely dispersed.

"The story of the formation of the collection and its display and dispersal is complex, but it is navigated here with great skill, insight and engagement by Peter Humfrey, in what is somewhat surprisingly the first full-length survey of this crucial episode in the history of British taste. . . . Humfrey provides an important survey of the Duke of Bridgewater’s family background, his Grand Tour and accumulation of wealth, as well as the formulation of his interests as a collector, including the Orléans purchase in 1799, in the wake of the French Revolution, and his subsequent enthusiasm for Dutch art."

"So significant (and unusually well documented) is the collection described in this book that in recent years a number of scholars—the writer of this review included—have elaborated various aspects of the collection’s formation and the history of its display in a series of different spaces, galleries and public museums from its formation in the 1790s to the present. Humfrey’s book is a welcome addition to this body of research. Over the course of four long chapters, generously illustrated with colour reproductions, he chronicles the development of the Bridgewater / Stafford / Sutherland collection during a period of more than a century. . . . At its heart Humfrey’s book is about the formation of the collection. Indeed, to understand what was at stake in the cultures of display that gave rise to the great private galleries built by this family at Cleveland House and subsequently at Bridgewater House and Stafford House, it is essential to make sense of the collection’s particularly complicated history. This history was bound up with family history and inheritance, but also with socio-political developments, such as the development of British collecting generally and increasing sympathy among the upper classes towards the notion that the public would benefit from access to art collections. As a result, Humfrey’s book forms an essential contribution for scholars working on London’s art networks and spaces for display, and on the evolution of collecting practice and what aristocratic collections signified to the general public during the nineteenth century."