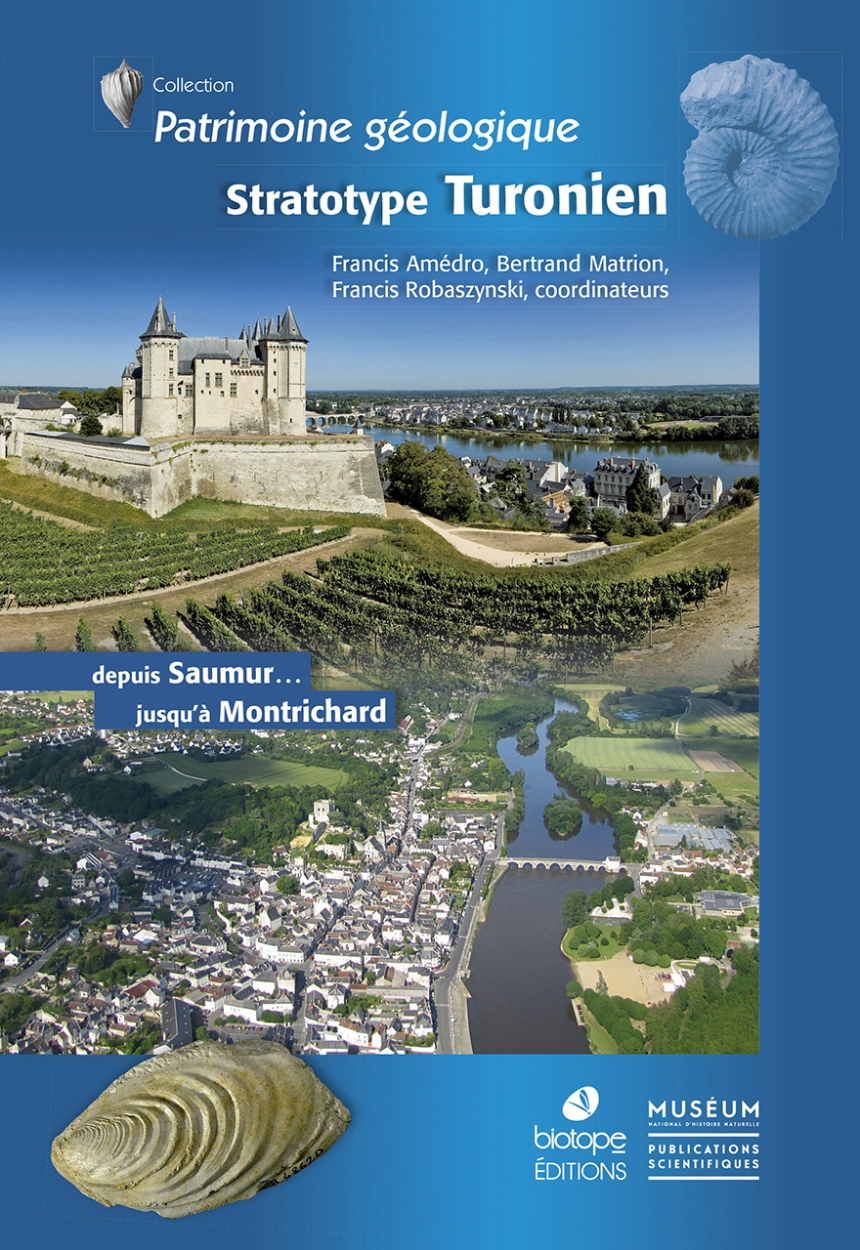 Geological time is divided into stages defined by the fossils they contain. In order to establish universal references, particular sites where the geological layers corresponding to these stages are exposed have been labeled “stratotypes.” The series Patrimoine géologique aims to publish syntheses on each stratotype located in France.

Anjou and Touraine are two of the most beautiful historical regions in France, classified as World Heritage Sites by UNESCO. In our minds, this geographical area is often associated with castles of the Loire Valley, wine, and a moderate climate. But it is also where geologists define a stage of the Upper Cretaceous: the Turonian. While the lower limit of the Turonian stage is found near Pueblo, Colorado, the French Turonian outcropping is of great importance as both a geological stratotype and a heritage site in its own right. This French-language volume first explains the reasons that led, in the nineteenth century, Alcide d’Orbigny to choose the region “going from Saumur to Montrichard” as a typical region of this Turonian stage. In a thorough literature review, the book then summarizes the progression of knowledge on the Turonian type. Different aspects of the Turonian outcroppings are studied: the succession of layers consisting largely of tufa, ancient landscapes, and paleontological content. The Turonian stage and man are also shown to have a linked history, especially through the extraction of tufa as a building stone for the castles of the Loire valley, but also in the use of underground tufa quarries for mushroom farms and by wineries. Finally, the book explores another aspect of the Turonian stratotype’s important heritage value through an inventory of preserved sites and archaeological collections.