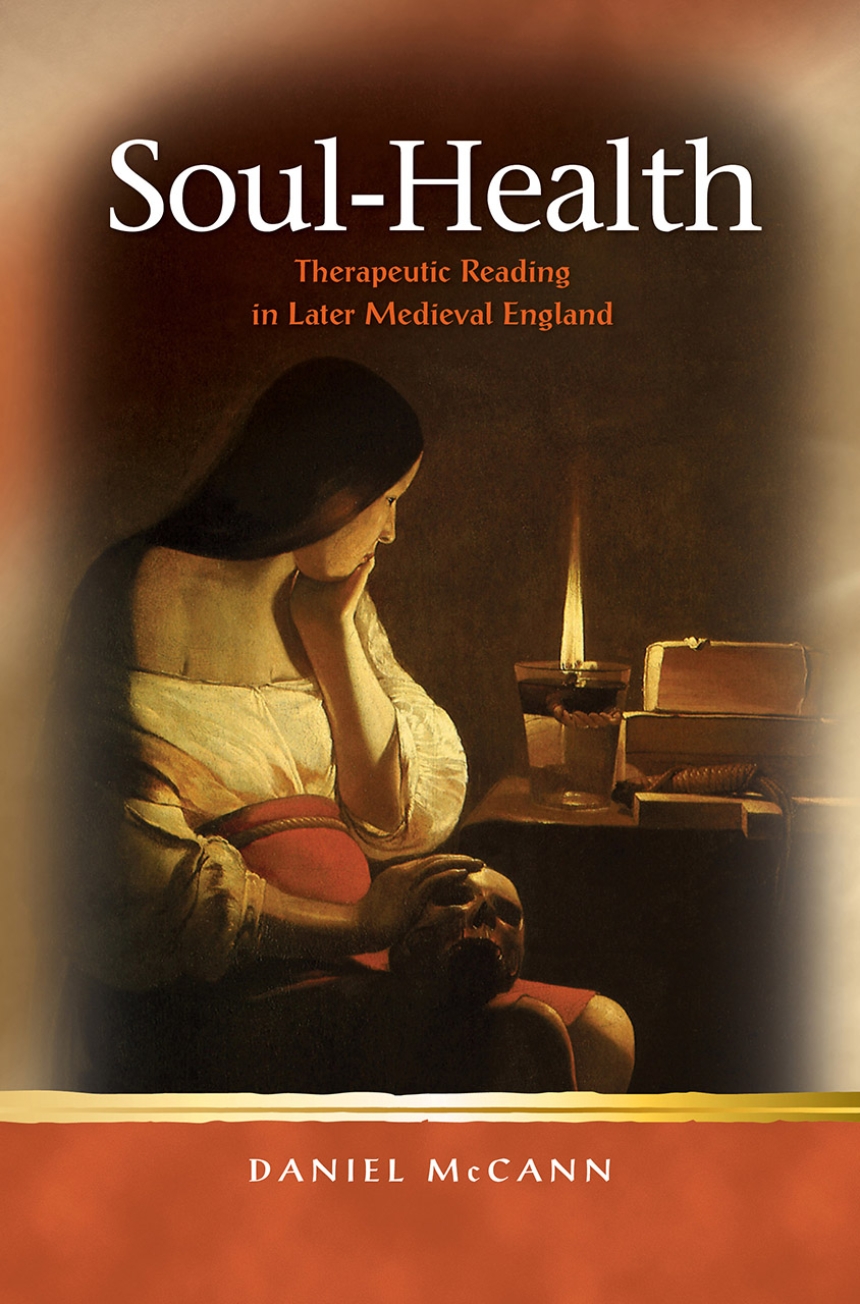 This book explores the connection between reading and healing. It analyses how the mental and emotional impact of reading was expanded in the Middle Ages into a therapeutic tool for improving the health of the soul—a state called 'salus animae'. Focusing on later Medieval England, the book explores a core set of religious texts that identify themselves as treatments for the soul—texts which, nevertheless, evoke powerfully negative emotions.

“The health of the soul preoccupied medieval Christians and their use of medical terms, for it was no metaphor. Daniel McCann shows how pious reading could be therapeutic for the soul, because of the deep emotions it evoked. His book is a major contribution to both medical humanities and medieval literary studies.”

“This important volume, which explores the concept of therapeutic reading in late medieval English religious culture, demonstrates a deep knowledge of medieval theories about affect, combined with acute sensitivity to the specific ways in which religious writings produce feeling in their recipients.”

“Daniel McCann's intense and provocative book offers strong re-readings of the wealth of Middle English contemplative writings that describe the processes of spiritual self-care using the language of medicine and shows language to be fundamental to their understanding of the work they set out to do for, and in, their readers. Soul-Health is a major contribution to the study both of late-medieval religious literature and of the sometimes dangerous role played by the passions, negative as well as positive, in late-medieval devotion.”

“In this important re-orientation of the ‘affective turn,’ Daniel McCann argues that there is always a dynamic interconnectedness between emotional and psychological states, and that those states are labile and complex. Emotional progression and movement are the essence of ‘soule-hele’ in the Middle English texts he analyses. He generates persuasive and powerful close readings through the application of a subtle conceptual model blending medieval cognitive theory and medical theory and praxis. McCann shows that medical terms in religious writing are not gestural metaphors but are part of a literal repertoire of spiritual healing, offering a genuine ‘medicine of words.’ ”