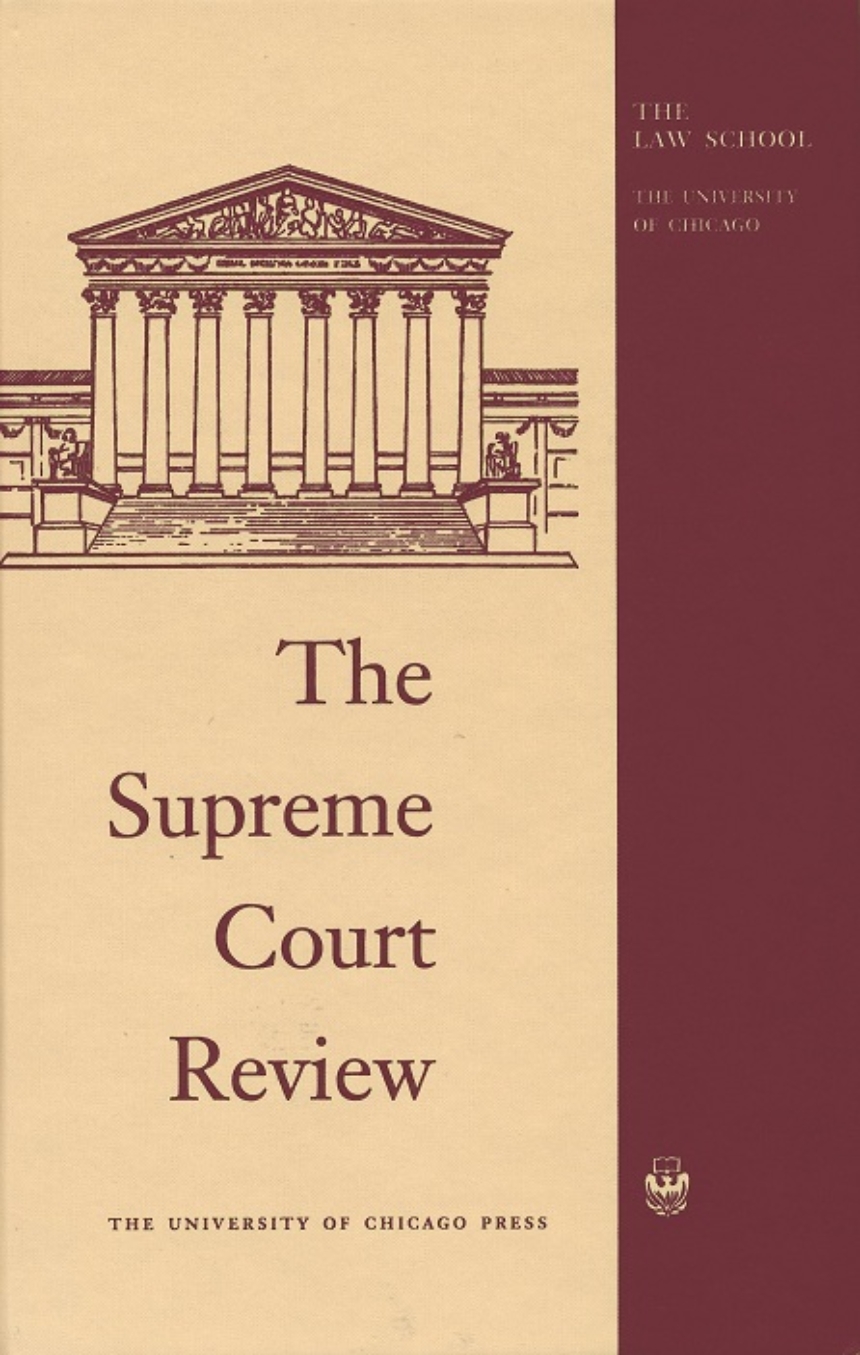 "Some of the best researched and most thoughtful criticisms of recent decisions by the U.S. Supreme Court."—Ethics

Since it first appeared in 1960, The Supreme Court Review has won acclaim for providing a sustained and authoritative survey of the implications of the Court’s most significant decisions. Consisting of diverse essays by distinguished lawyers, historians, and social scientists, each volume presents informed analyses of past and present opinions and discusses important public law issues that have come under Court consideration.