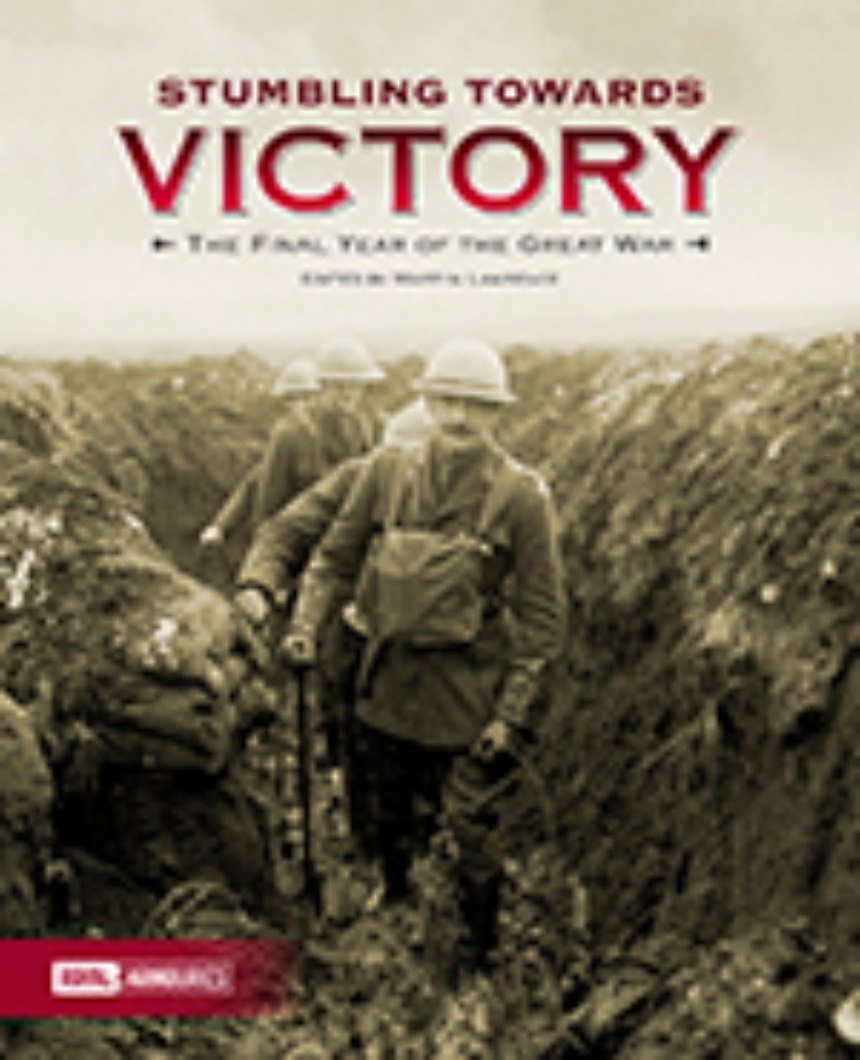 The Final Year of the Great War

The Final Year of the Great War

The scale of World War I—and of its devastation—is hard for us to comprehend a century on. What’s perhaps even more difficult to grasp is what it was like to experience the waning of the war, that final, devastating year, when the end was in sight, but so much death still lay ahead.

Stumbling Towards Victory tells the story of that year. Presenting more than one hundred photographs from the archives of the Royal Armouries, many never before published and all taken during the final twelve months of the war, it reveals broken landscapes, shattered trees, ruined buildings, blighted lives. Yet at the same time, amid the horror, we glimpse hope—hope that the end might truly be in sight, and that the lesson of the war might never be forgotten. A towering document of an unprecedented human tragedy, Stumbling Towards Victory is a fitting document for the end of the centennial commemorations of World War I.