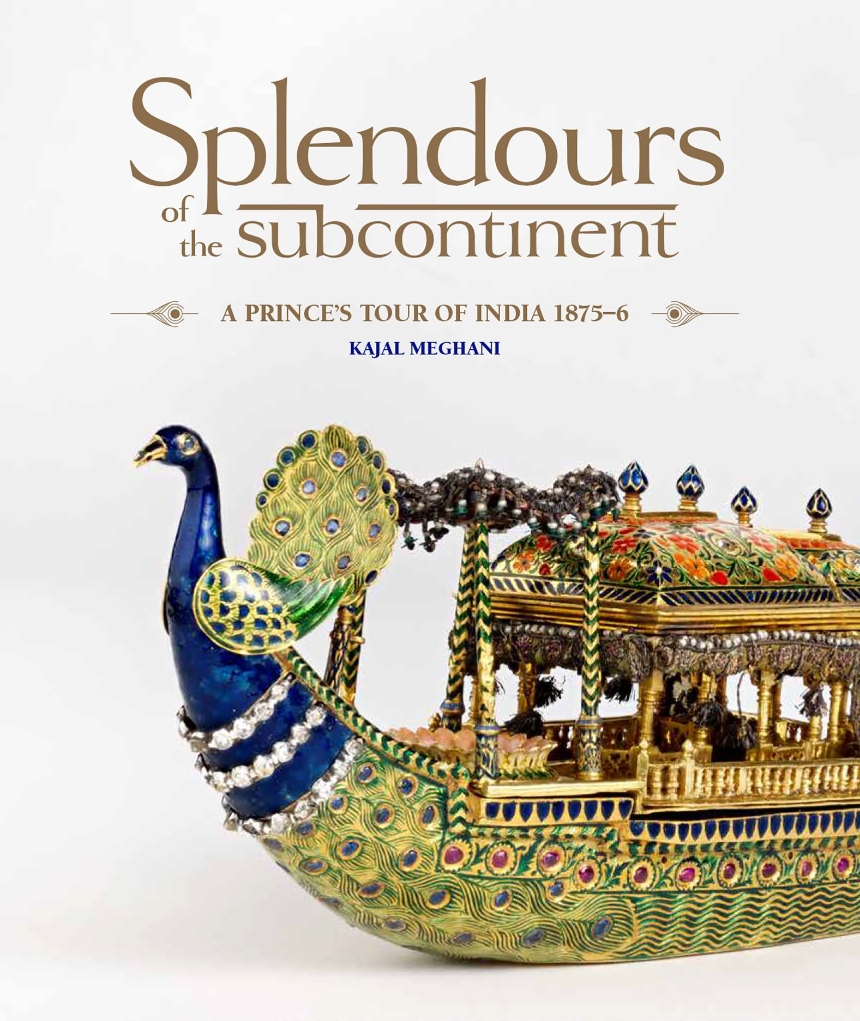 Splendours of the Subcontinent

Splendours of the Subcontinent

In 1875, King Edward VII, then Prince of Wales, set off on an eight-month tour of the Indian subcontinent. By the end of his travels, he had visited more than ninety rulers throughout twenty-one regions, which today encompass India, Sri Lanka, Pakistan, and Nepal. At many of these meetings intended to strengthen the ties between Britain and the Indian subcontinent, he was presented with exquisite South Asian works of art, given as part of a traditional exchange of gifts.

Splendours of the Subcontinent tells the story of the Prince’s tour through a close look at the wide array of beautiful gifts that he received. Many were precious heirlooms from rulers’ personal collections, while others were specially commissioned from local artists and artisans. Among the gifts, many of which have never been published and all of which have all been newly photographed, are a beautifully ornamented dagger, a set of small brass military figures, a gold-enameled, diamond-encrusted inkstand in the shape of a barge similar to the one in which the Prince traveled down the River Ganges, and a pair of flywhisks made of peacock feathers inlaid with diamonds.
Published to accompany an exhibition that will travel to The Queen's Galleries at the Palace of Holyroodhouse and Buckingham Palace, this book showcases these beautiful works of art and discusses their histories, while also telling the story of this historic tour.