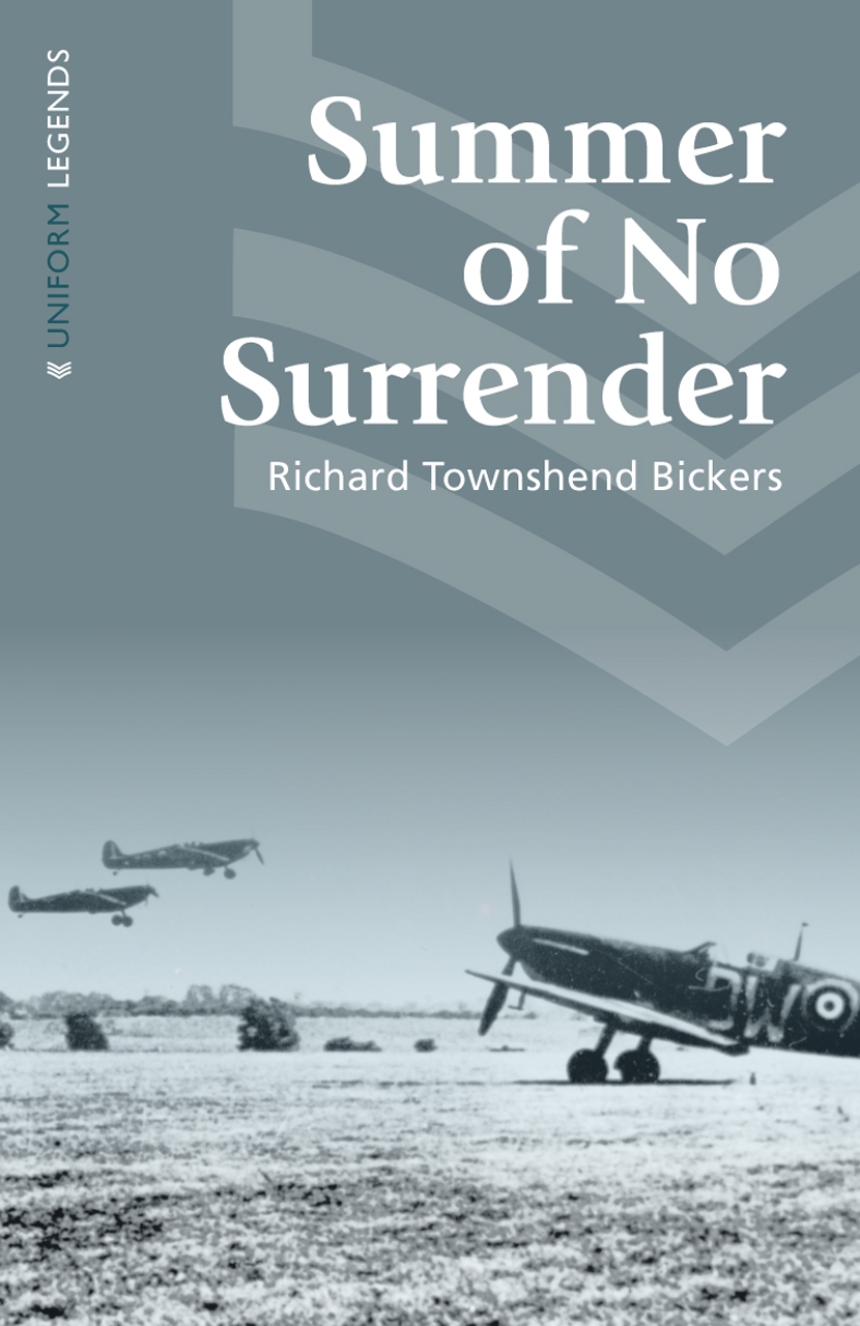 Summer of No Surrender

Summer of No Surrender

For the beleaguered British, the summer of 1940 was the Summer of No Surrender, as RAF pilots took to the skies to fight back the Luftwaffe. Countless histories and biographies have told the story of the brave pilots who fought and died over Britain and the Channel that summer, but perhaps no book has offered as memorable a portrayal as Richard Townshend Bickers’s classic novel, Summer of No Surrender.

Originally published in 1976, Summer of No Surrender draws on Bickers’s own experiences during the war to tell the story of RAF officer Peter Knight and German pilot Erich Hafner—two daring, skilled pilots on opposite sides who gradually come to recognize the markings of each other’s aircraft . . . and begin to see this duel in the sky as a personal one. Bickers details their growing rivalry through dogfight after dogfight, bringing everything to a head in the climactic, devastating final battle that shatters Knight’s whole squadron. An action-packed thriller, Summer of No Surrender will delight fans of military adventure and aviation.