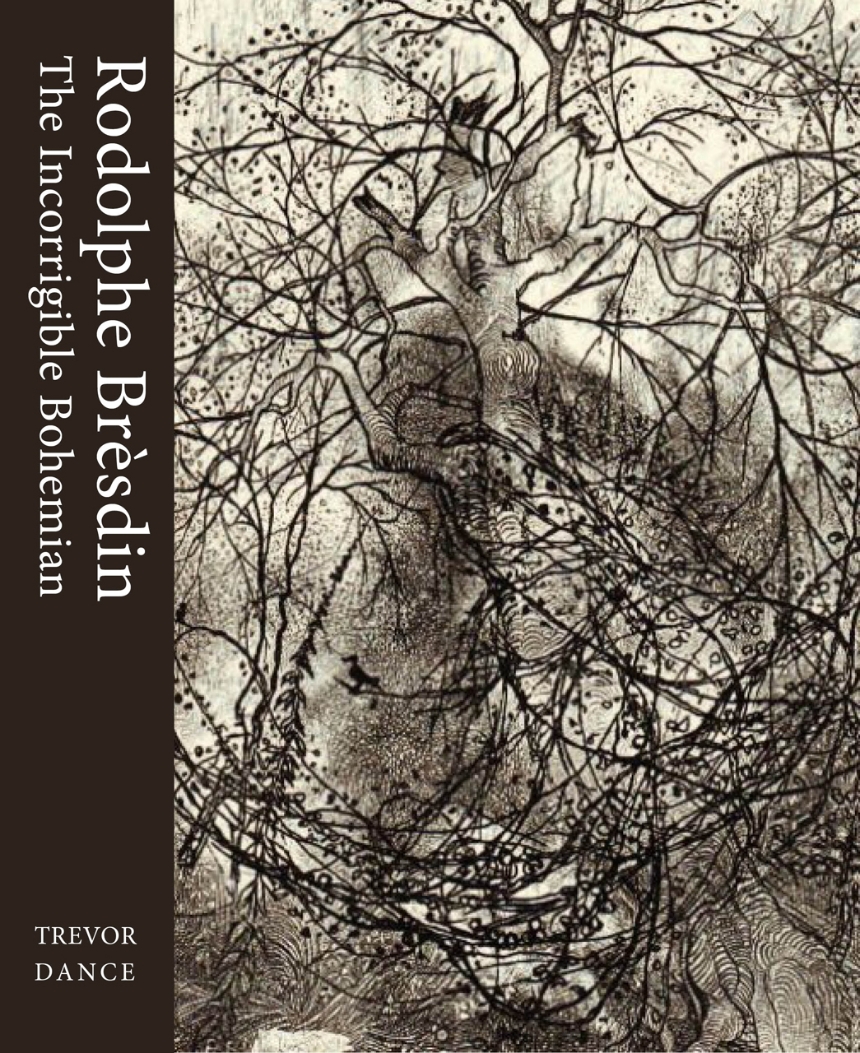 Rodolphe Brèsdin (1822-85) was a French draughtsman and engraver, whose fantastical works appealed to writers in the Paris bohemia circle, such as Théodore de Banville, Victor Hugo, and Charles Baudelaire. He was the mentor of Odilon Redon, who signed his work, “pupil of Brèsdin,” and he remained a lifelong advocate of the imaginative genius of his teacher. As Trevor Dance reveals in this book, the first English-language treatment of Brèsdin’s life and work, Brèsdin’s story is stranger and even more compelling than those of Gauguin and van Gogh. Penniless throughout his life, he was a country boy uneasy in Paris. And after an epic journey to southern France, he later embarked with his wife and six children on a disastrous voyage to Canada only to be financially rescued by Hugo and returned to France, where he eventually died in a garret.

Brèsdin’s work has often been judged based upon his two most famous pictures, “The Good Samaritan” and ‘”The Comedy of Death,” however all Brèsdin’s oeuvre is distinguished by a fine sensitivity, depicting the natural world in a manner ranging from the delightfully sinister to a rampant elemental ferocity. Dance’s much-needed book provides a rigorous re-appraisal of the artist’s work and offers new insights into his biography.