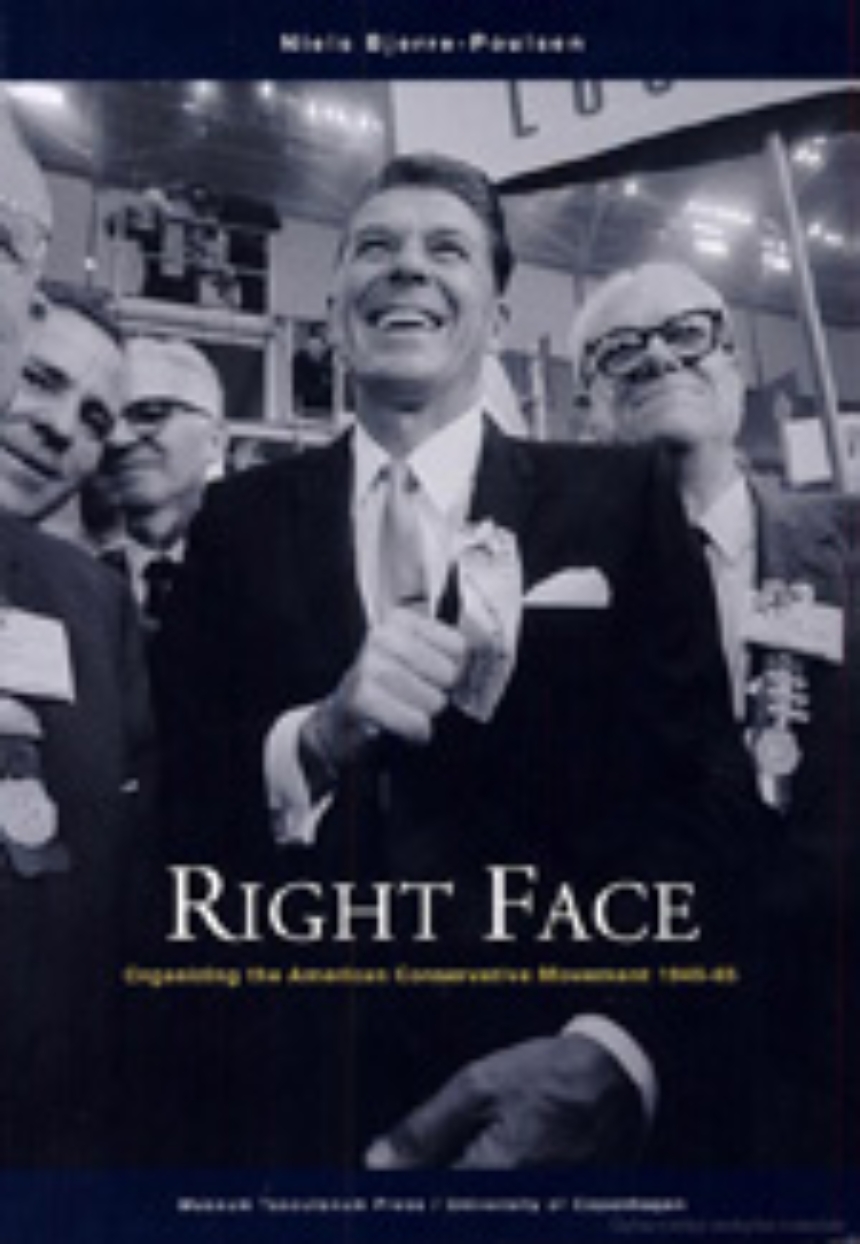 Right Face tells the compelling story of how the American conservative movement in the two decades following World War II managed to move from obscurity to the center stage of national politics. When Dwight D. Eisenhower in 1952 defeated the conservative champion Robert Taft and won the Republican presidential nomination, many on the American right felt that they had become homeless within the established party-system. The brand of liberalism which permeated the nation’s intellectual life had also become bipartisan political doctrine. The feeling of cultural and political ostracism triggered a quest for an independent conservative network of organizations, with the hope of either "taking back" the Republican Party or creating a viable alternative. The first part of Right Face recounts the often bitter struggle to define the meaning of conservatism in modern America. Part two concerns the search for influential national outlets for conservative opinion, whereas part three focuses on the movement’s actual plunge into electoral politics - not least on its well-planned takeover of the Republican Party machinery in 1964 and the resulting presidential nomination of Senator Barry Goldwater. An epilogue attempts to trace main currents in the evolution of American conservatism since the 1960s, as well as to assess the extent to which American conservatives have managed to create the "Counter-Establishment" they set out to create more than half a century ago. In a sense the conservatives actually set out on two different quests: One was for intellectual respectability. The other was for political power. As this study reveals, the two goals were not always compatible. Based on extensive archival sources, Right Face provides an incisive analysis of the conservative movement and the forces that shaped it. With its blending of intellectual and organizational developments, it adds an important chapter to the history of American political culture in the 20th century.