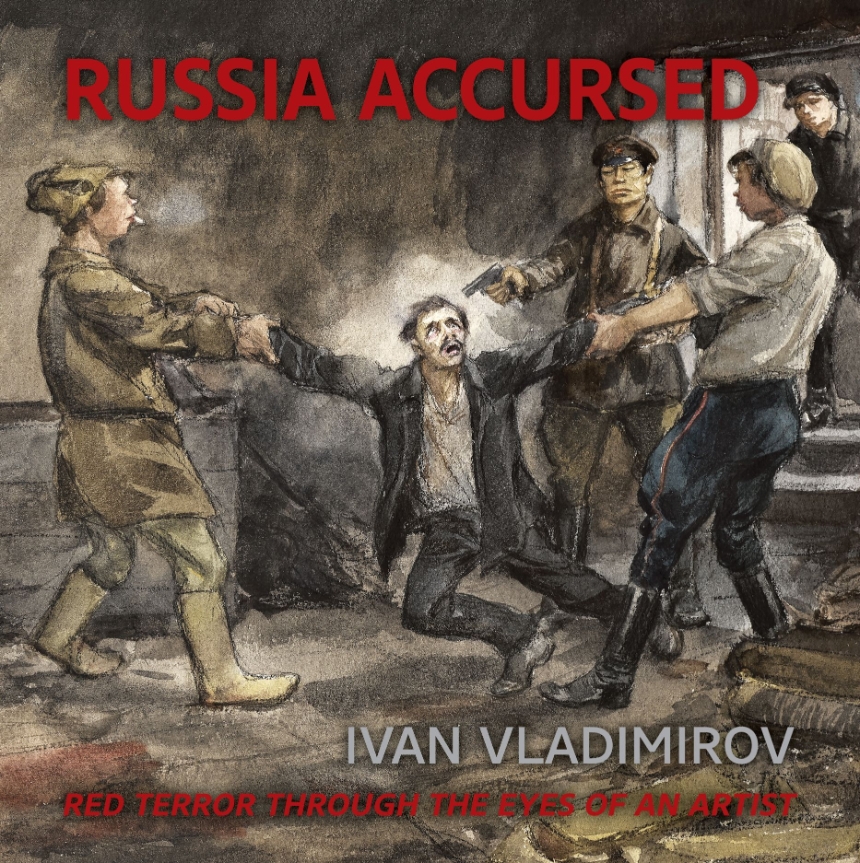 Red Terror through the Eyes of the Artist Ivan Vladimirov

Red Terror through the Eyes of the Artist Ivan Vladimirov

The Russian Revolution and Civil War as never seen before.

Packed with jaw-dropping images, Russia Accursed! showcases the reaction of artist-reporter Ivan Alexeyevich Vladimirov (1869–1947) to the human suffering he witnessed in the years following the rise of the Bolsheviks and the October Revolution of 1917. Some of his paintings and watercolors appeared in magazines and periodicals, but other scenes—featuring point-blank executions, passersby cutting chunks of meat from a dead horse, or dogs gnawing at a human corpse—were deemed too shocking for publication and had to be secretly exported from the USSR by American relief workers.

Selected from private collections, Russian museums, and the Hoover Institution Library & Archives at Stanford University in California, most of the 160 Vladimirov illustrations in this majestic volume are published here for the first time. Placed in their historic context by scholarly essays, contemporary photographs, and eye-witness accounts, they revolutionize our understanding of the beginnings of the Soviet Union.