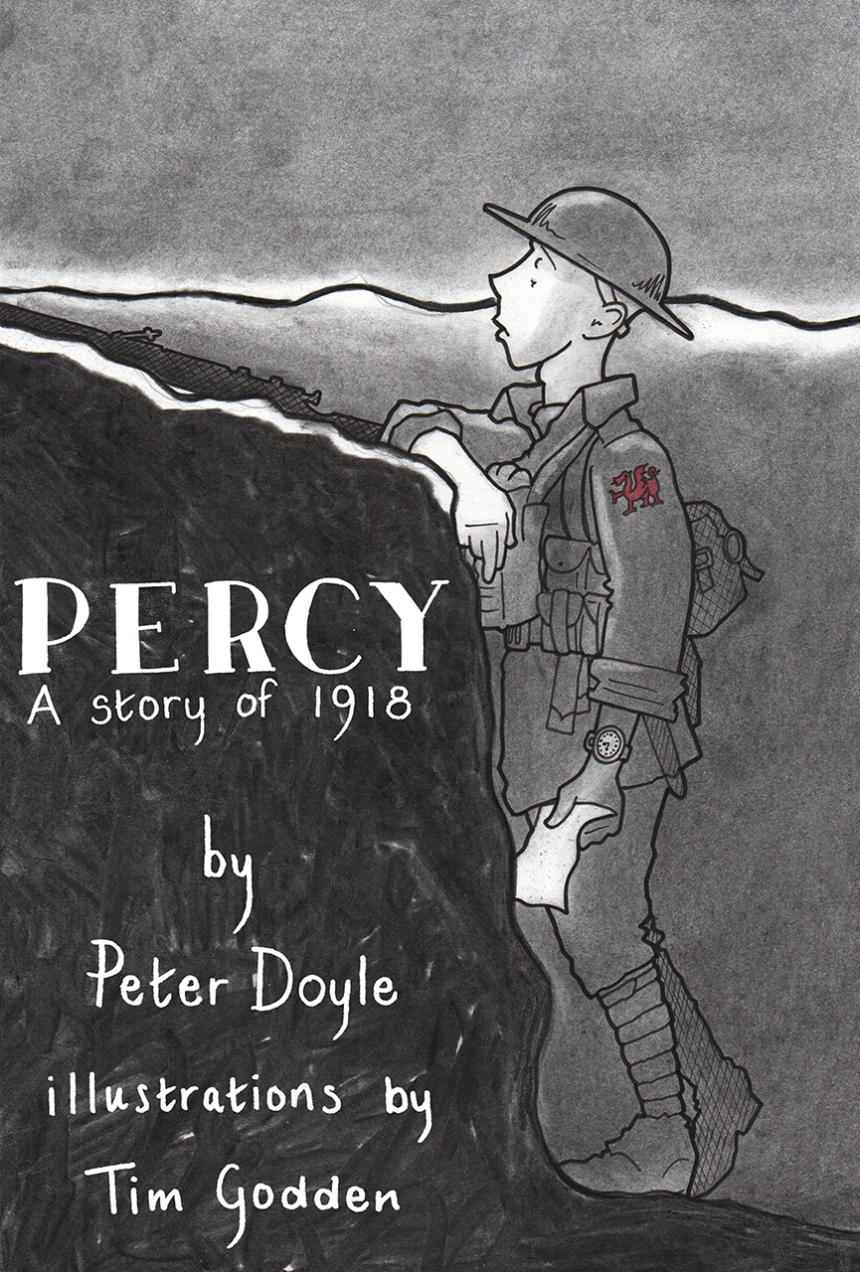 In 1918, Percy Edwards was conscripted into the Royal Welsh Fusiliers and sent to the front. He served there only three weeks before being killed in action, one of more than 700,000 British soldiers to die in the war. This book tells his story—and, by extension, the story of the British experience of the war.
Drawing on a cache of letters found in a flea market a few years ago, Percy brings the experience of the final year of the war to life. Peter Doyle sets Edwards’s own words in context with war diaries, accounts of battle, and newspaper stories, using them all to weave a story for young readers of what it was like to find yourself suddenly in a foreign land facing grave danger with your fellow citizens. With illustrations by Tim Godden, Percy is an unforgettable account of youth and war.

"There are many excellent history books about the First World War; great poetry, wonderful plays and films, but this story of just one of the millions of men and women who left home and marched off to war tells the tale as powerfully as any. We can’t know the millions, but we can know Percy. By understanding how it was for one young man from Wales, we can grasp how it was for them all, on all sides."