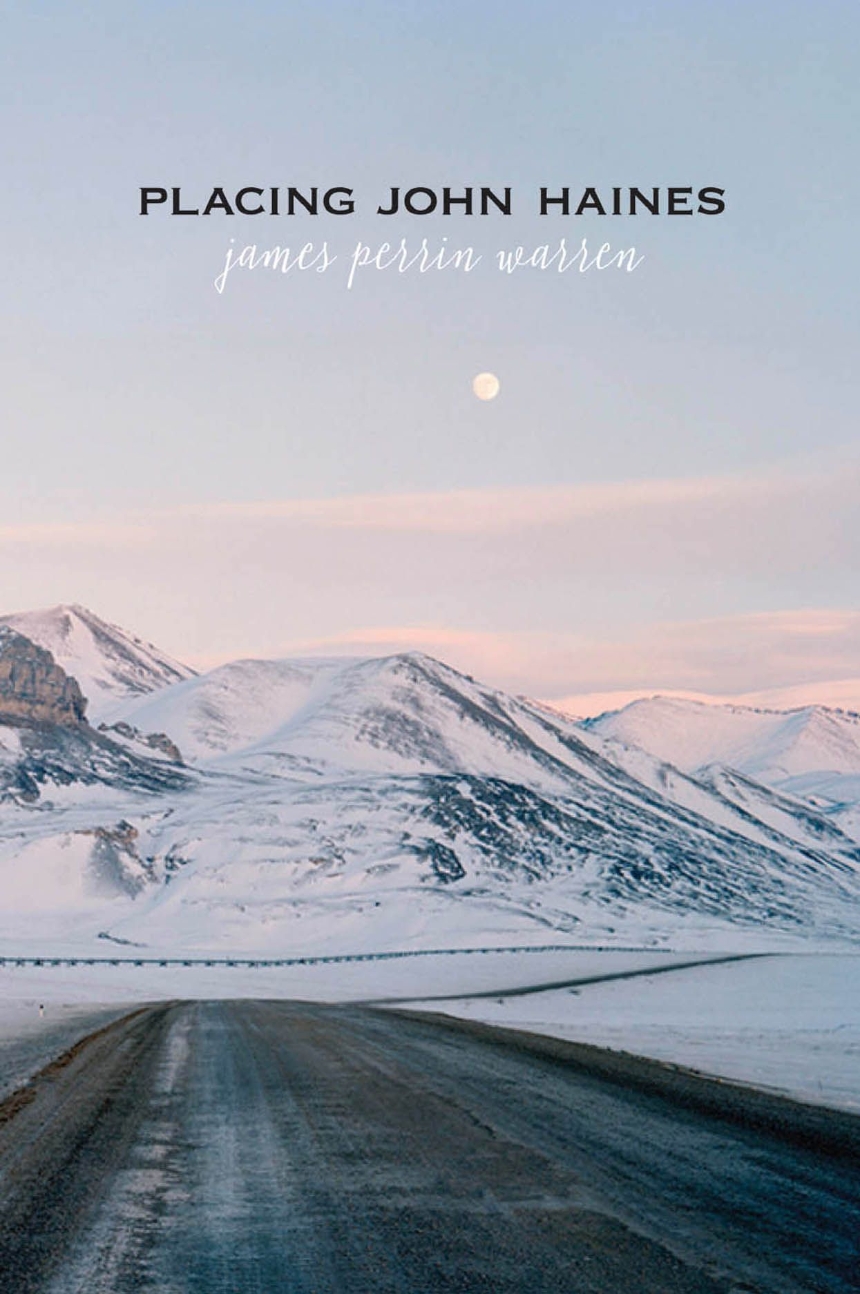 John Haines arrived in Alaska, fresh out of the Navy, in 1947, and established a homestead seventy miles southeast of Fairbanks. He stayed there nearly twenty-five years, learning to live off the country: hunting, trapping, fishing, gathering berries, and growing vegetables. Those years formed him as a writer—the interior of Alaska, and especially its boreal forest—marking his poetry and prose and helping him find his unique voice.

Placing John Haines, the first book-length study of his work, tells the story of those years, but also of his later, itinerant life, as his success as a writer led him to hold fellowships and teach at universities across the country. James Perrin Warren draws out the contradictions inherent in that biography—that this poet so indelibly associated with place, and authentic belonging, spent decades in motion—and also sets Haines’s work in the context of contemporaries like Robert Bly, Donald Hall, and his close friend Wendell Berry. The resulting portrait shows us a poet who was regularly reinventing himself, and thereby generating creative tension that fueled his unforgettable work. A major study of a sadly neglected master, Placing John Haines puts his achievement in compelling context.

“Warren weaves biography with analysis . . . [and] makes a compelling case that Haines should be more widely read.”

“Warren has written a remarkable book of criticism, complete with biographical aspects, that will be the cornerstone of future Haines scholarship. . . . Warren provides fresh insight with a line-by-line analysis of how his poetry evolved over decades when Haines was simultaneously isolated at his Alaska homestead and yet connected to the literary world via correspondence with William Carlos Williams, Robert Bly, Donald Hall, Wendell Berry, and others.”

"Unlike other writers who focus on Alaskan themes, Haines spent 24 years homesteading in the Alaskan wilderness. The experience helped him, according to Warren, find his authentic voice. While he toiled in near isolation during the first decade of his Alaskan adventure, his interactive dialogue with other writers helped hone a poetic vision which connected a sense of place in the wilderness to a larger ecological vision of the world."

“Warren's deeply researched, perceptive account of the development of Haines's career should be essential reading for anyone interested in the writer's work.”

“James Perrin Warren goes a long way toward remedying the relative critical neglect of John Haines’s work, making a convincing case for the importance of the prose as well as the poetry, which he regards as deserving comparison with that of such major ecopoets as Robert Bly, W. S. Merwin, Gary Snyder, and Wendell Berry. . . . (A) pioneering book-length study of Haines’s career.”