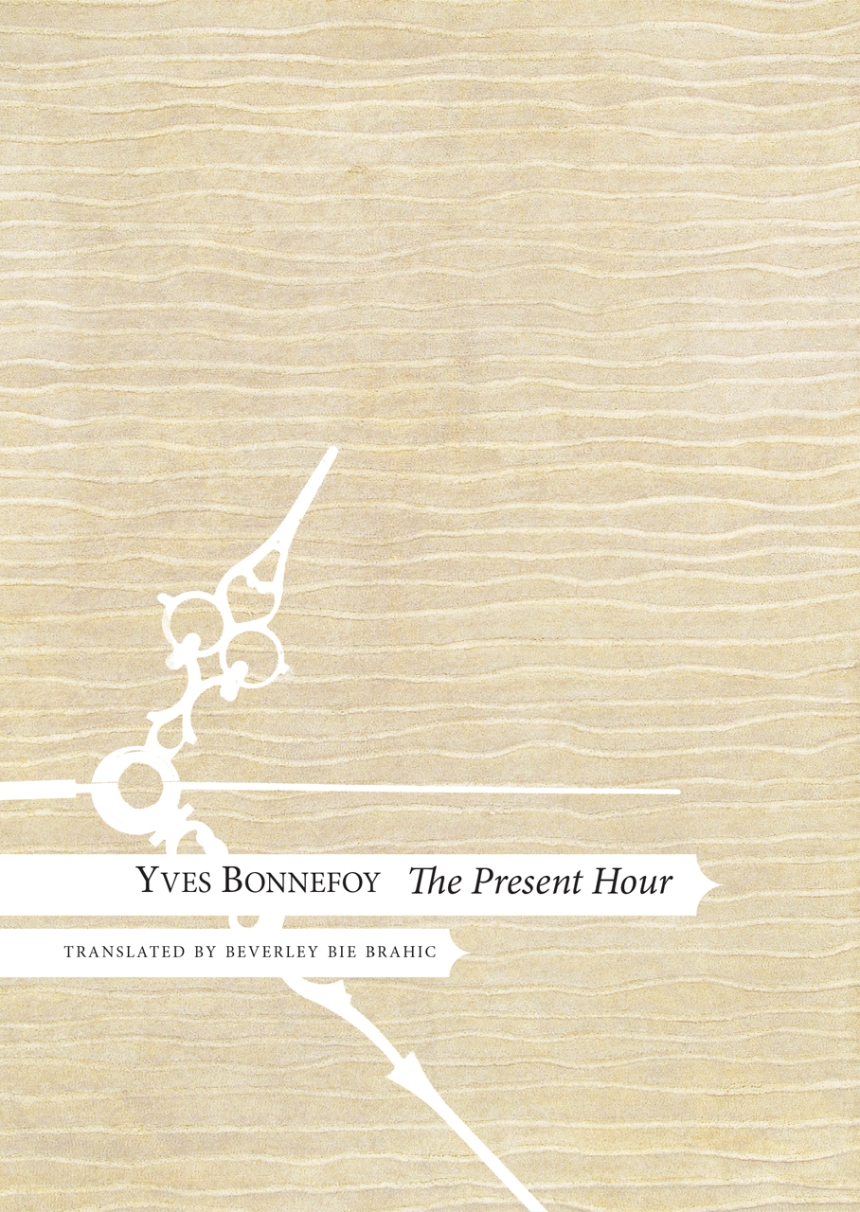 Translated and with an Introduction by Beverley Bie Brahic
From the publication of his first book in 1953, Yves Bonnefoy has been considered the most important and influential French poet since World War II. A prolific writer, critic, and translator, Bonnefoy continues to compose groundbreaking new work sixty years later, constantly offering his readers what Paul Auster has called “the highest level of artistic excellence.”

In The Present Hour, Bonnefoy’s latest collection, a personal narrative surfaces in splinters and shards. Every word from Bonnefoy is multifaceted, like the fragmented figures seen from different angles in cubist painting—as befits a poet who has written extensively about artists such as Goya, Picasso, Braque, and Gris. Throughout this moving collection, Bonnefoy’s poems echo each other, returning to and elaborating upon key images, thoughts, feelings, and people. Intriguing and enigmatic, this mixture of sonnet sequences and prose poems—or, as Bonnefoy sees them, “dream texts”—move from his meditations on friendship and friends like Jorge Luis Borges to a long, discursive work in free verse that is a self-reflection on his thought and process. These poems are the ultimate condensation of Bonnefoy’s ninety years of life and writing and they will be a valuable addition to the canon of his writings available in English.

“Beverley Bie Brahic does a splendid job of translating the latest work of Yves Bonnefoy. She catches his unique combination of human detail and a groping for the beyond. . . . Brahic does full justice to the profoundly moving text—with its frequent shifts between the personal and the searchingly philosophical.”—Joseph Frank, author of Responses to Modernity: Essays in the Politics of Culture

“Yves Bonnefoy’s poems, prose, texts, and penetrating essays have never ceased to stimulate both the writing of French poetry and the discussion of what its deepest purpose should be. . . . [He] is one of the rare contemporary authors for whom writing does not—or should not—conclude in utter despair, but rather in the tendering of hope.”