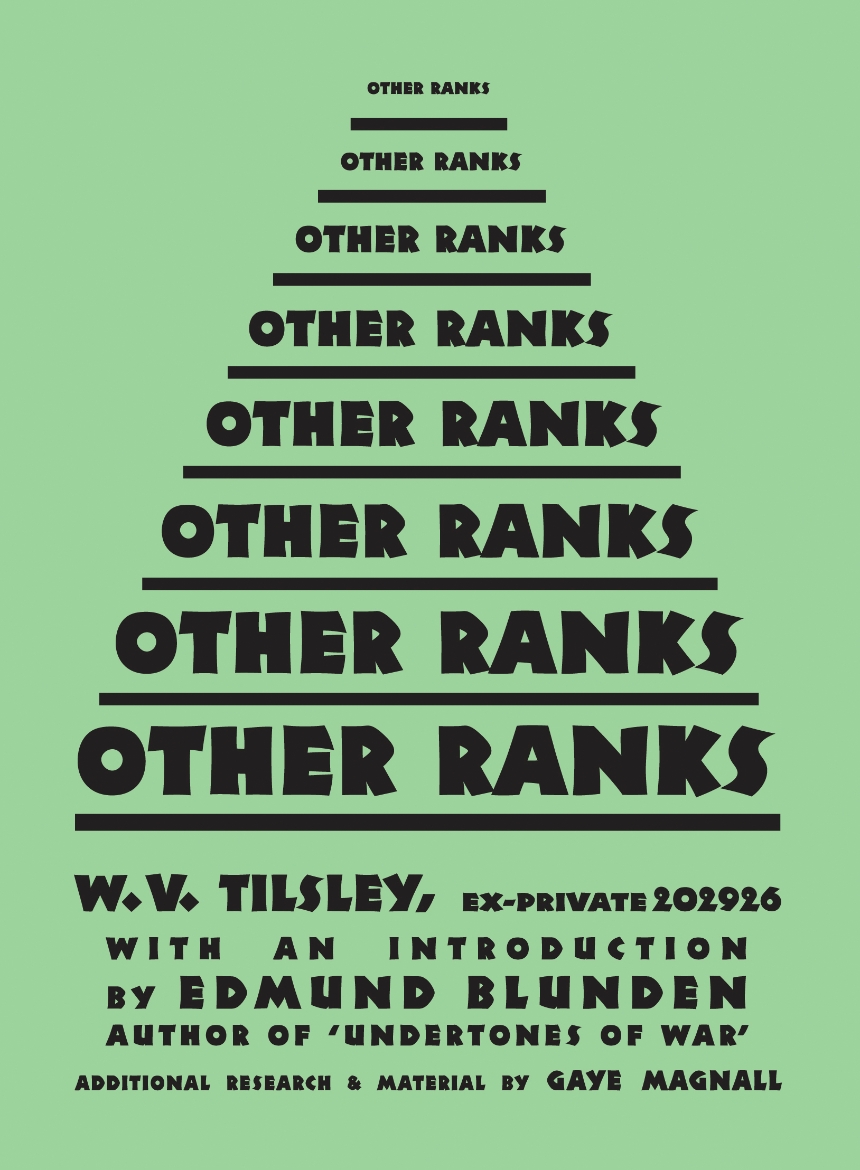 William Vincent Tinsley’s Other Ranks is a classic, enduring memoir of World War I. First published in 1931, it was quickly lost in wave of other post-war novels and stories. Now, a lifetime after it was written, new generations of readers can experience Tisley’s vital memoir of life and death on the Western Front.

Other Ranks is the fictionalized account of author W. V. Tilsley’s war experiences from 1916–17 in the 55th West Lancashire Division. Throughout, Tilsley includes his criticism of the conduct of the war, producing powerful descriptions of the desolation of the landscape and the conditions he and his soldiers—known as the Poor Bloody Infantry—had to endure in the trenches. War is not chivalrous, and his narrative does not hold back in his thoughts and feelings concerning trench warfare and the class structures that lie therein.

This new edition, republished nearly ninety years after it was written, features new research by Gaye Magnall and is accompanied by introductions from relatives of the three main characters.