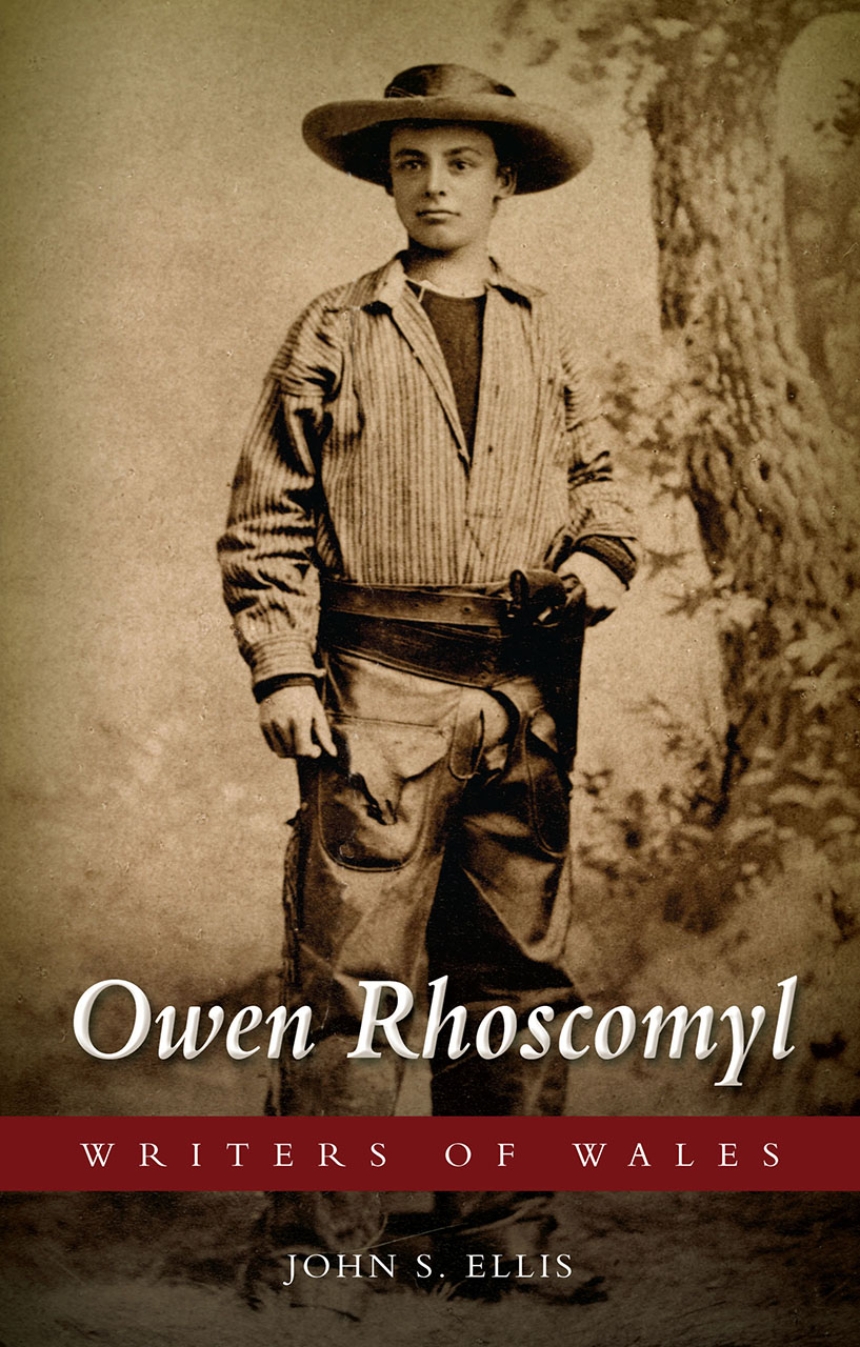 Owen Rhoscomyl (1863–1919) seems like a figure out of legend. A cowboy, frontiersman, soldier, and mercenary who roved through the American West, Patagonia, and South Africa before finally settling in Wales, he thrilled turn-of-the-century Wales with tales of his exploits. His deep identification with Wales animated his popular adventure novels and works of history, offering a vision of the Welsh as an inherently masculine and martial people, ready to lead the British imperial enterprise. At the same time, Rhoscomyl was a deeply flawed man, paying for his rough life in poverty, delinquency, and violence. This biography delves deeply into his life and career, painting a picture of a life of vaulting ambition, real achievement, and bitter disappointments. The Owen Rhoscomyl who emerges here, while not always admirable, is never less than thrilling.

“This deeply researched and sensitively written study focuses on a remarkable life that spanned three continents. Here was an individual who was at various times a frontiersman, army officer, popular novelist and patriotic historian. His life embraced imperialism and Welsh patriotism, and the author navigates these themes superbly, in the process illuminating neglected features of the past."

“This pioneering study examines the evolution of socialism and its political manifestations in Wales between the 1790s and 1912 located within the economic, social and linguistic contexts of the regions of Wales.  It is also a timely and welcome contribution to the current debate about the future of Labour and socialism.”