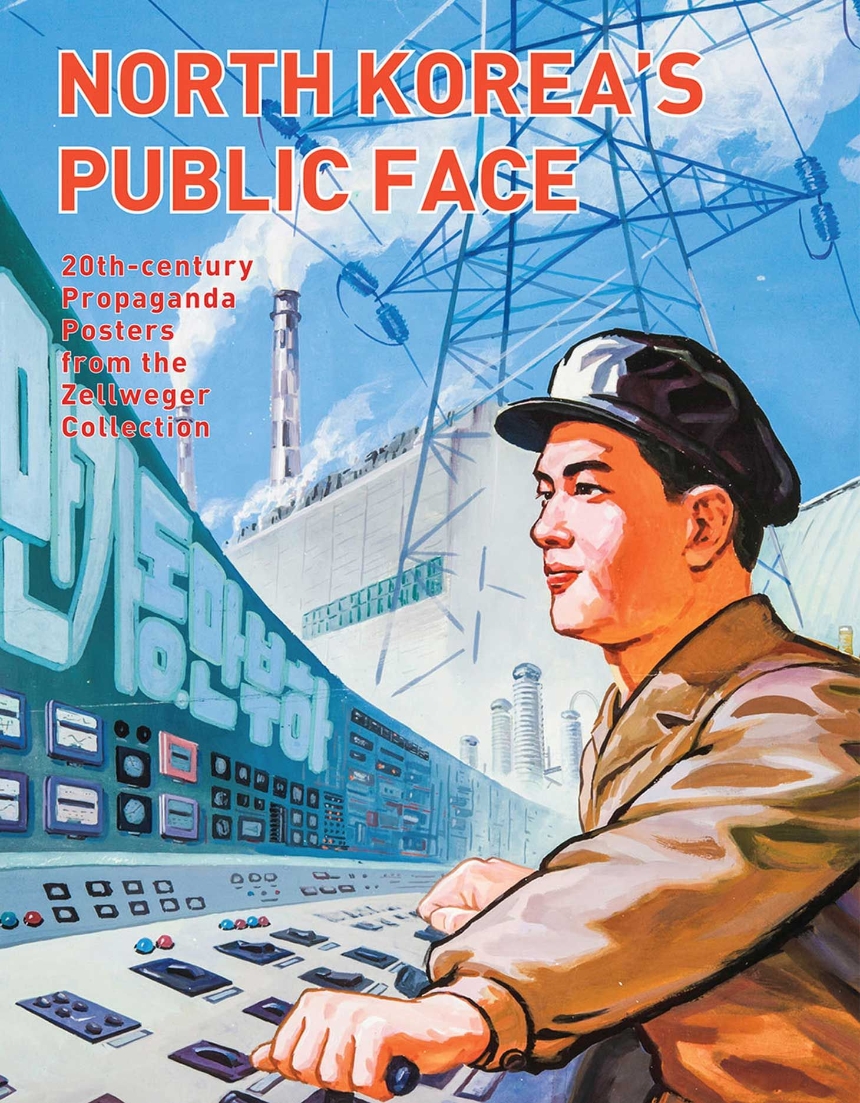 This catalogue is published to coincide with the UMAG exhibition North Korea’s Public Face 20th-century Propaganda Posters from the Zellweger Collection. For most people outside of the Democratic People’s Republic of Korea (DPRK), it may come as a revelation that art is available in North Korea, or that it is a well-developed feature of national culture. As the state guides artistic production, all artists are members of the Korean Artists Federation, and must create a certain number of works each month to receive a salary. Although the category of ‘Propaganda Artist’ is a lower-ranking designation than ‘People’s Artist’, the propaganda artists are given the vital task of keeping the population informed. Posters first came to prominence during the 1950–53 Korean War and they are still displayed prominently throughout the capital and countryside. Slogans are often taken from statements made by the country’s leadership and from newspaper editorials. North Korean posters portray a wide variety of topics from phrases reinforcing party policies to messages reiterating campaigns on culture, public health, education and sports. Works presented in this exhibition primarily illustrate topics related to agricultural development and food production—areas of particular interest based on the years that Katharina Zellweger has addressed food and food security-related issues.