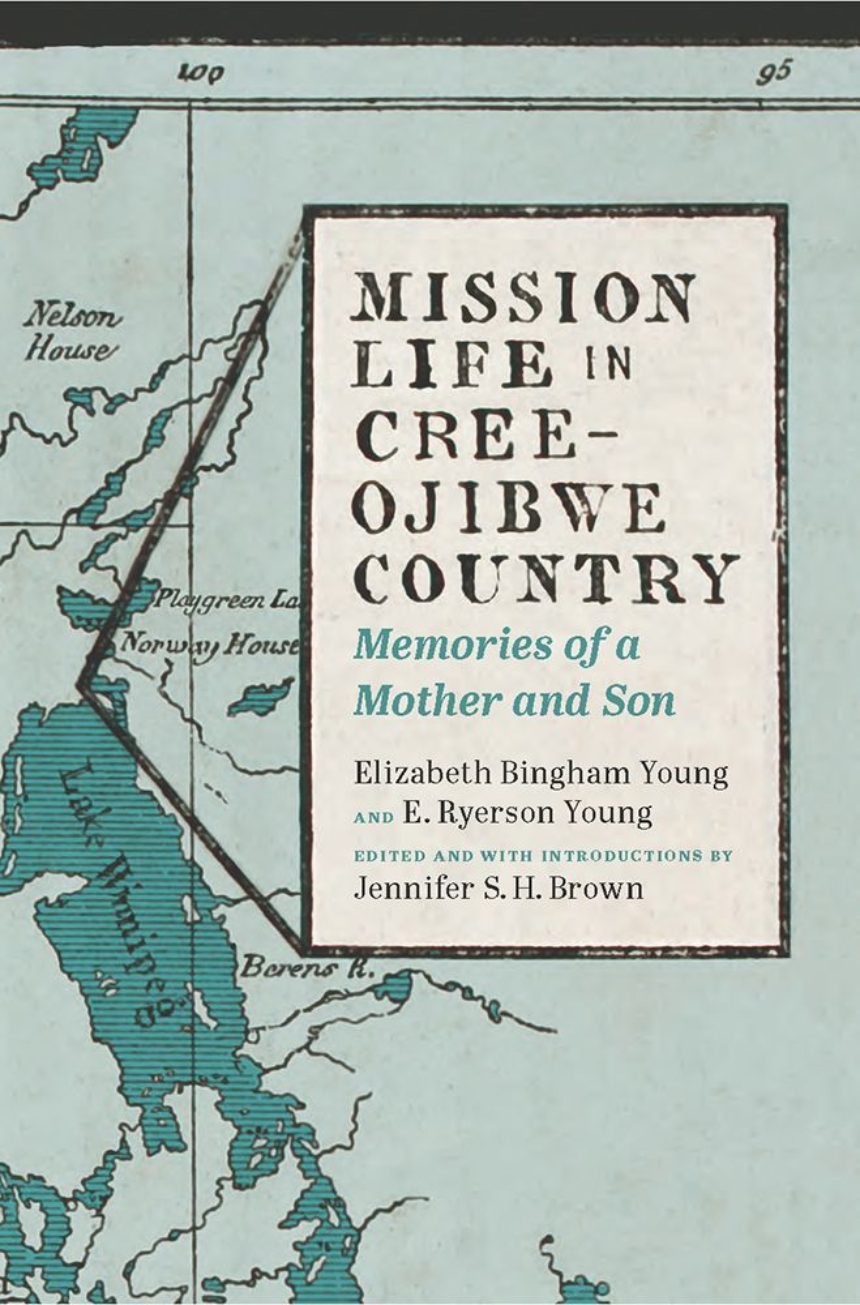 Memories of a Mother and Son

Memories of a Mother and Son

In May of 1868, Elizabeth Bingham Young and her husband of only five months, Egerton Ryerson Young, began a long journey from Hamilton, Ontario, to the Methodist mission of Rossville, at Norway House. Over the next eight years, Elizabeth supported her husband’s work at Rossville and then at the newly founded mission of Berens River, on the east shore of Lake Winnipeg. In these remote outposts, she gave birth to four children, one of whom died in infancy, acted as a nurse and doctor, and applied both perseverance and determination to learning Cree, while also coping with poverty and a chronic shortage of supplies, both in the mission and in the community it served. When Elizabeth died, in 1935, she left behind various reminiscences, notably an extended account of her experiences at Norway House and Berens River, evidently written in 1927. Her memoirs offer an exceedingly rare portrait of mission life as seen through the eyes of a woman.

Elizabeth’s first child and only surviving son, also named Egerton Ryerson Young but known in his youth as “Eddie,” was born at Norway House in 1869. Cared for by a Cree woman almost from infancy, Eddie spent his early childhood immersed in local Cree and Ojibwe life, culture, and language, in many ways exemplifying the process of reverse acculturation often in evidence among the children of missionaries. He, too, left behind hitherto unpublished reminiscences, one composed around 1935 and a second dictated shortly before his death. Like those of his mother, Eddie’s memories capture the sensory and emotional texture of mission life, a life in which the Christian faith is implicit rather than prominently on display, while also providing an intriguing counterpoint to his mother’s recolle

Mission Wives at Rossville: Some Comparisons