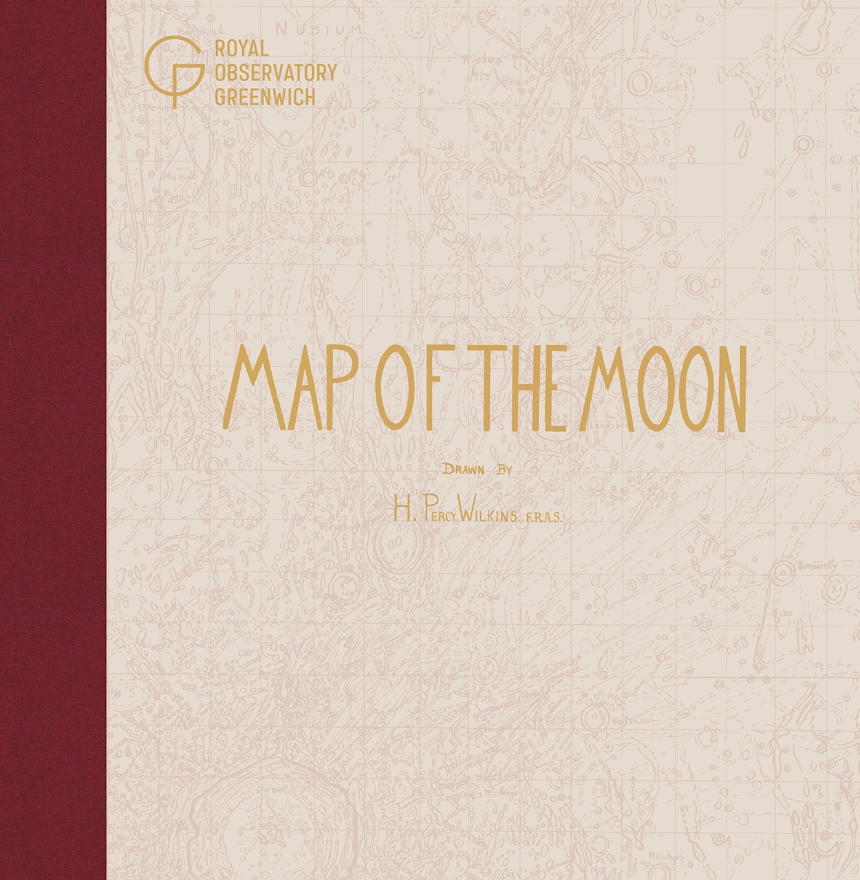 Map of the Moon

Map of the Moon

With an introduction by Megan Barford
This rarely-seen map of the Moon originates from a hand-drawn, 300-inch-diameter map produced by engineer and amateur astronomer Hugh Percy Wilkins (1896–1960). Combining artistry with scientific precision, Wilkins’s detailed map reveals the rugged terrain of our celestial neighbor. First published in 1946 as a 100-inch-diameter reproduction, it was the most detailed lunar chart produced before the Space Race. Wilkins continued to revise and expand his observations and produced this third edition in 1951. Comprised of twenty-five sheets, it was used by amateur and professional astronomers alike, later purchased by NASA, and eventually acquired by Royal Museums Greenwich in 2006. Here, Wilkins’s Map of the Moon is faithfully reproduced over ninety pages and annotated with illuminating facts about specific lunar features, making a beautiful record of astronomical history available for all.