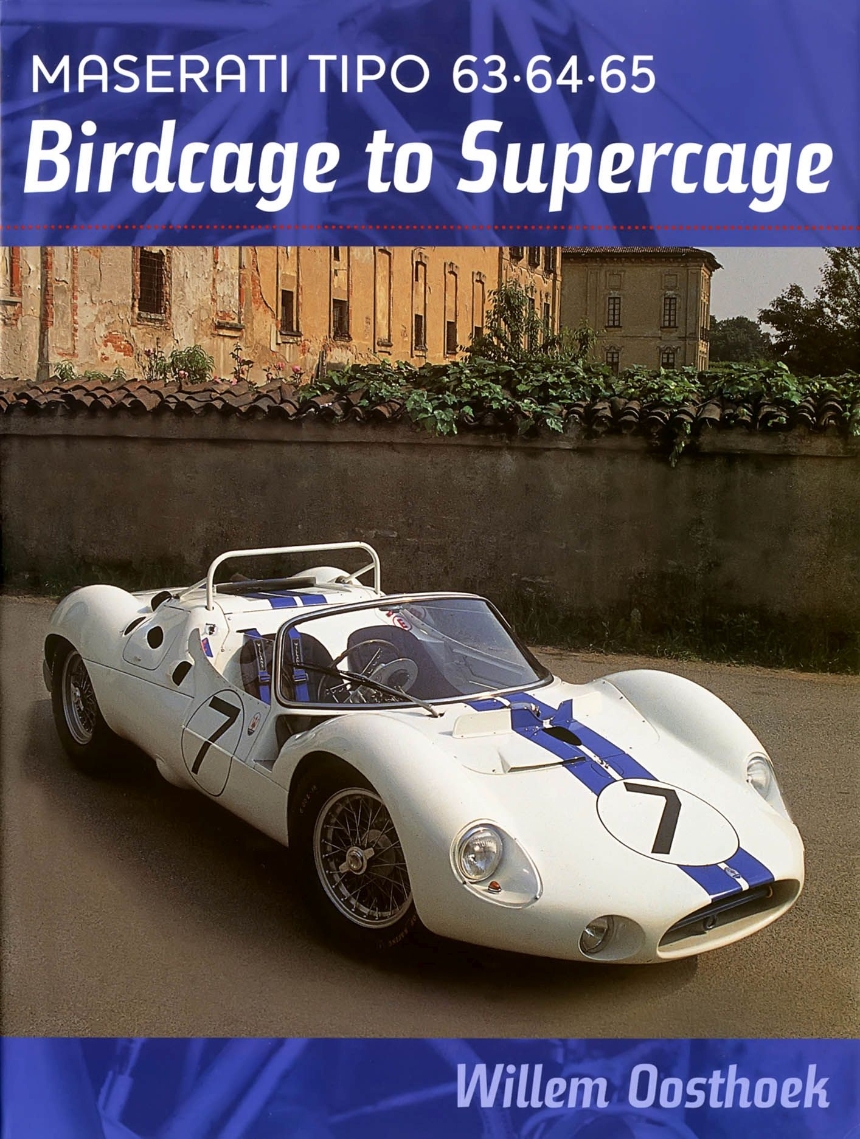 The Complete History of the Rear-Engined Birdcage Maseratis. *World Championship Rounds * SCCA Nationals * Professional West Coast * Nassau Speedweek. By the end of 1960 the rear-engined revolution was well on its way in international sportscar racing. It led to a changing of the guard with traditional front-engined racing designs such as Jaguar, Aston Martin and Scarab giving way to rear-engined Formula One-derived sportsracing cars like Lotus and Cooper. To remain competitive, Ferrari and Maserati were forced to make the transformation from "pull" to "push" as well, starting with the 1961 racing season. Using as a central theme the change over at Maserati from the front-engined Tipo 61 Birdcage design to the rear-engined Tipo 63, 64 and 65 Birdcages and Supercages, this book begins with a detailed description of the 1960 racing season. Supported by some 350 never-published photographs, it describes the development of the Tipo 63 muletto and the background of the private owners of the first three production cars: Briggs Cunningham, Count Giovanni Volpi and Lucky Casner. Every event in which the rear-engined Maseratis were raced in 1961 and 1962 is covered. Each race report features start photographs, a complete entry list, starting grid positions and final results. The book finishes in 1965, in the midst of the war between Ferrari and Ford, with the construction of the last rear-engined Birdcage built specifically for John Simone of Maserati France. In addition to the audience of Maserati afficionados, Birdcage to Supercage should appeal to anyone interested in the Golden Age of early sixties sportscar racing.