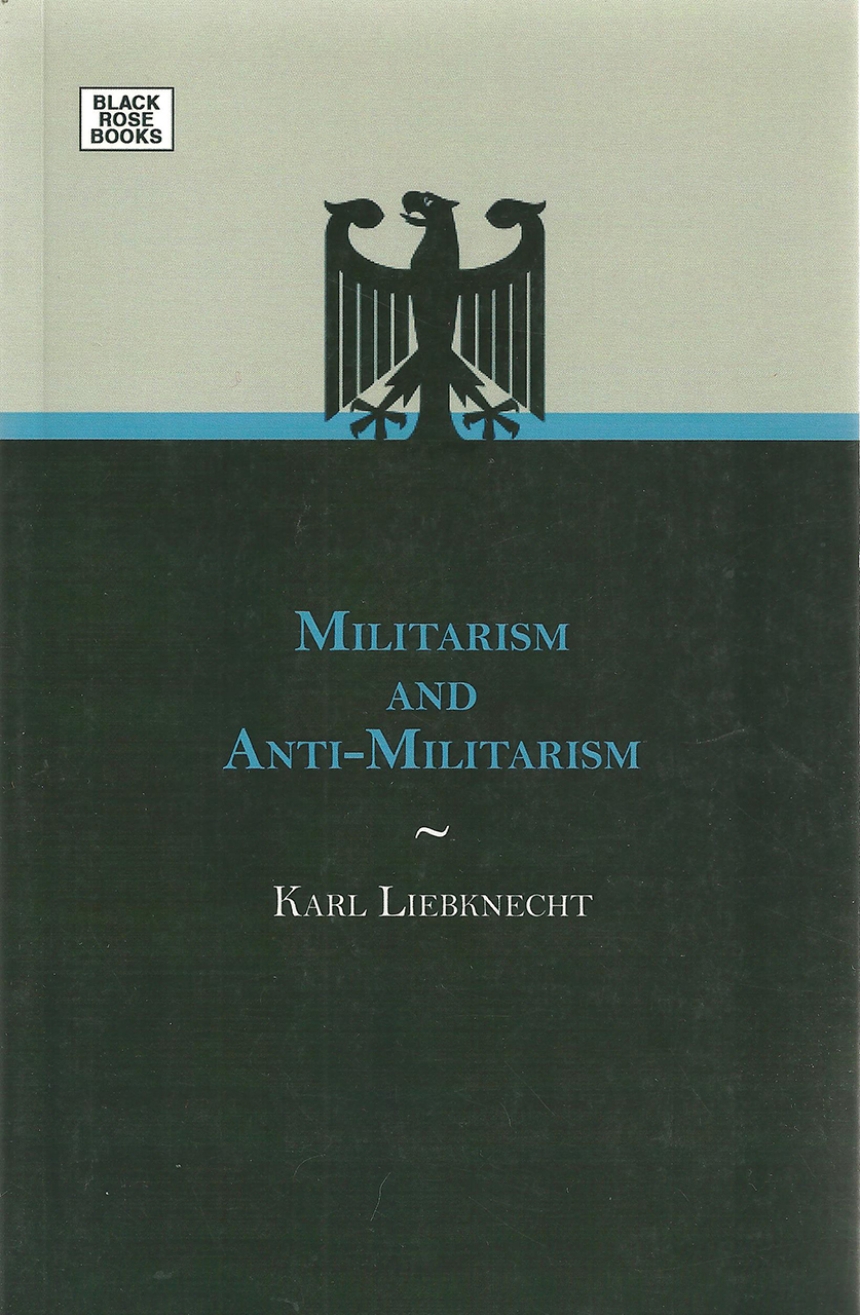 War, according to Karl Liebknecht, "is for profit between the capitalist classes of the world powers," and the maintenance of an army ensures their retention of power. In this book, which is one of the great classics of anti-militarism, Liebknecht examines the ways in which militarism is promoted and maintained; reviews the harsh punishments meted out to soldiers, anti-militarists, and war resisters; and surveys the activities of anti-militarists, both specific tactics and the underlying philosophy.

The Duluth Herald (Minnesota) predicted there "will come a time in Germany when Karl Liebknecht, pilloried and imprisoned today for daring to speak the truth, will rank higher in the list of German heroes than the Kaiser." It was an accurate prediction, says Professor Philip Foner, historian at Lincoln University in Pennsylvania, who went on to add, "unfortunately his classic book is out of print." Militarism and Anti-Militarism is now available again, important in these times.

“What is essential about the causes of war... is the fight for spoils, for profit between the capitalist classes of the world powers.” War, according to Karl Liebknecht, profits none but these, and the maintenance of an army insures their retention of power. In this book, which is one of the great classics of anti-militarism, Liebknecht opposes militarism, but from a Democratic point of view. He sees militarism as the enemy of democracy.

Liebknecht examines all the ways in which militarism is promoted and maintained - conscription, the drumming up of nationalist feeling, patriotic societies, semi-military organization of the civilian population, the lure of the uniform and the use of slogans like “if you want peace, prepare for war.” He discusses brutality in military discipline and the existence of military law, both of which serve to break the potential spirit of rebellion in the army. He argues that the very existence of a standing army is a danger to peace, and reviews the unusually harsh punishments meted out to anti-militarists and resisters. In the second part of the book he surveys the activities of anti-militarists up to the time he was writing. He discusses both specific tactics and the underlying philosophy of anti-militarism

Karl Liebknecht (1871–1919) was a member of the Reichstag who was imprisoned during World War I as an anti-militarist Social Democrat. He was a founding member, with Rosa Luxemburg, of the German Communist Party (KPD) in 1918, and he led an unsuccessful revolt in Berlin in January 1919. Karl Liebknecht and Rosa Luxemburg were murdered by the German right wing immediately thereafter.