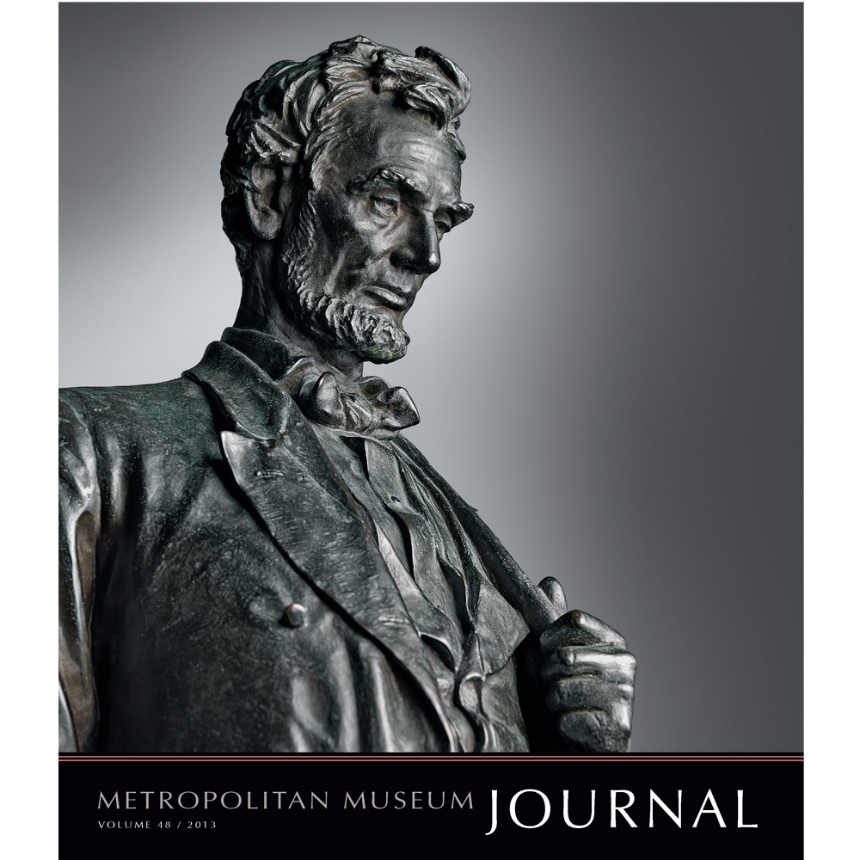 The Metropolitan Museum Journal, issued annually by The Metropolitan Museum of Art, publishes original research on works in the Museum’s collections and the areas of investigation they represent. Volume 48 includes essays on From Tarporley to Dolon: The Reattribution of the Early South Italian “New York Goose Vase,” The Coat of Arms in Fra Filippo Lippi’s Portrait of a Woman with a Man at a Casement, Drawings of the Pantheon in the Metropolitan Museum’s Goldschmidt Scrapbook, Sin and Redemption in the Hours of François I (1539-40) by the Master of François de Rohan, Houdon’s Bather in a Drawing by Pierre Antoine Mongin, Corrado Giaquinto’s Medea Rejuvenating Aeson and other Modelli for the Palacio Real of Madrid, and Chinnery and Houqua: Questions of Attribution.