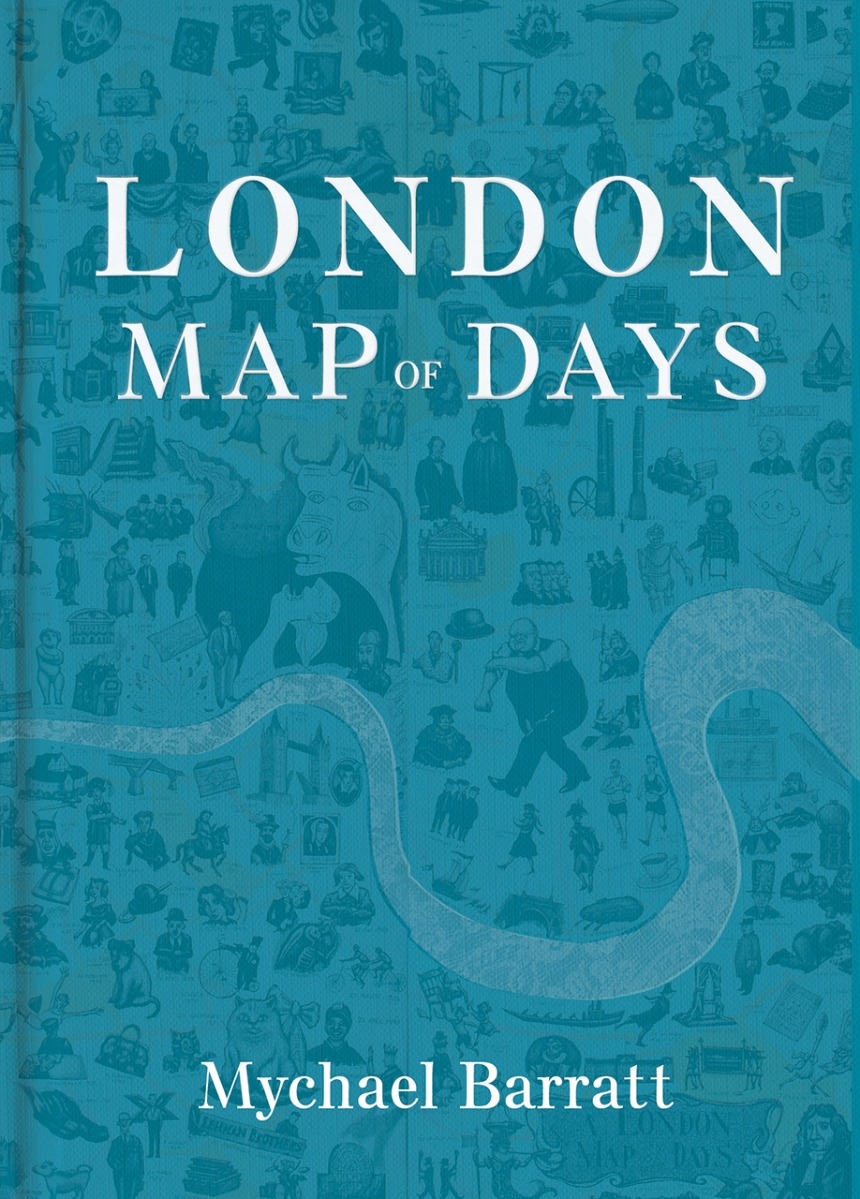 The brainchild of Canadian-born, London-based artist Mychael Barratt, London Map of Days is a miscellany of facts and fictions arranged around the events and characters of its eponymous city. Based upon an eight-plate etching by Barratt, which was shown at the Royal Academy Summer Exhibition in 2015, the book features 366-date specific references to events or people throughout London’s history. Highlights include: December 17, 1849, when the first bowler hat was created by Thomas and William Bowlers; December 3, 1976, when Pink Floyd’s inflatable pig broke free from Battersea Power Station; and November 11, 1920, when the Cenotaph on Whitehall designed by Edwin Lutyens was unveiled on Armistice Day.

This fun and beautifully produced book includes a fold-out print of the entire map.