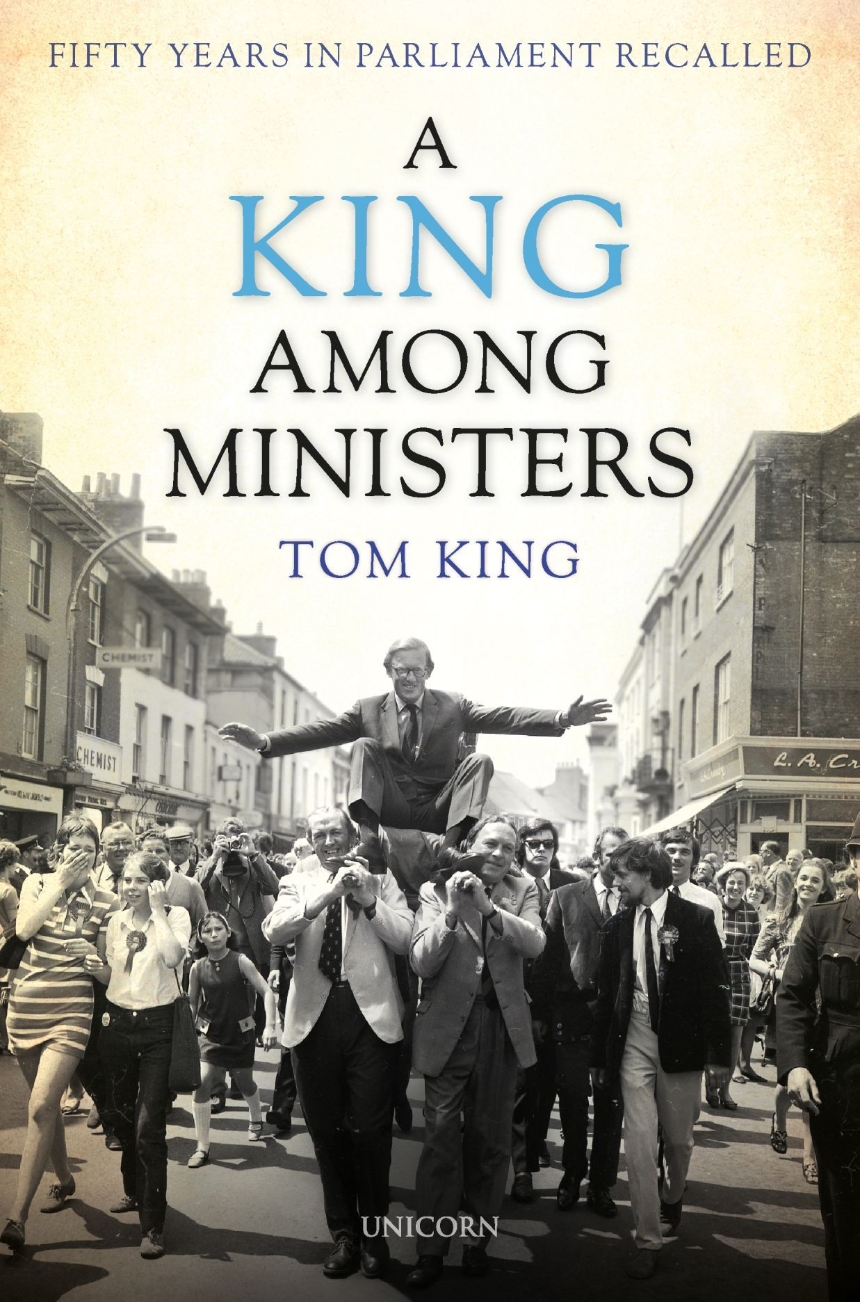 A King Among Ministers

A King Among Ministers

Tom King, a leading figure in Margaret Thatcher’s Cabinet and a key player in 1980s British government, reflects on fifty years in Parliament

Tom King’s personal memoir recounts a fascinating life: at age nineteen, he found himself commanding a military company against Mau Mau terrorists in Kenya; at thirty, he became the youngest-ever general manager of a major printing and packaging group, in charge of a factory with a staff of seven hundred and dealing with nine different trade unions; and in 1970, at age thirty-seven, he was elected to British Parliament. He went on to serve as Secretary of State for five different departments in the Cabinets of Margaret Thatcher and John Major, shaping the British cultural and political landscape for decades to come. Told with sharp recollection, A King Among Ministers is a full and frank record of half a century of British politics.