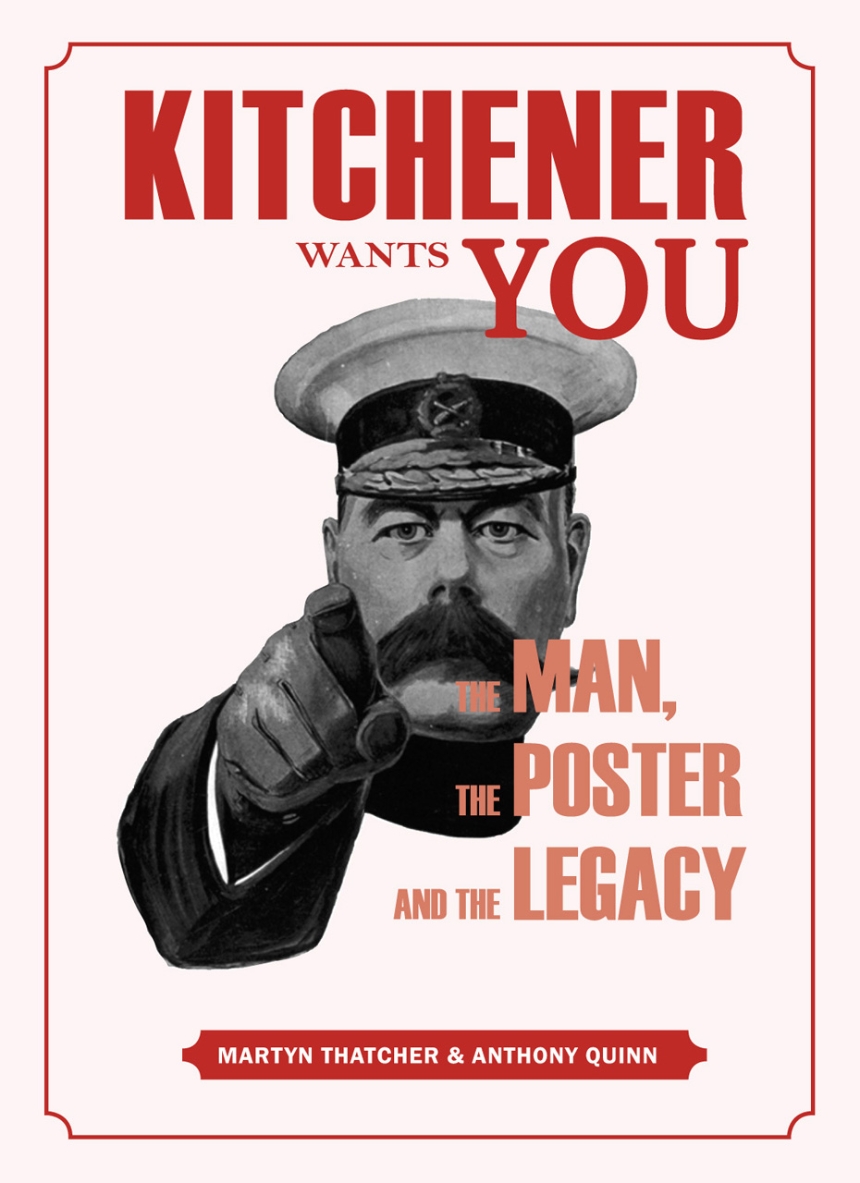 The Man, the Poster and the Legacy

The Man, the Poster and the Legacy

The most famous image of World War I is from a recruiting poster. “BRITONS,” the poster blares across its top Admiral Kitchener—the most decorated and admired figure in the British military at the time—stares out with a steely glance, broad moustaches flaring from his face, finger thrust insistently at the spellbound viewer. Alongside his powerful, resolute face are the words “Wants You.” The message was clear, and impossible to ignore: this war was going to need every Briton to pitch in.
Kitchener Wants You presents the first book-length examination of that poster and its legacy. Martyn Thatcher and Anthony Quinn take readers through the origins and design of the poster, the public response, and its long afterlife as a historical icon, as well as a milestone in the history of both design and propaganda. A century after Lord Kitchener died when the HMS Hampshire was sunk, Kitchener Wants You brings the period to life through a fascinating analysis of its most lasting visual representation.