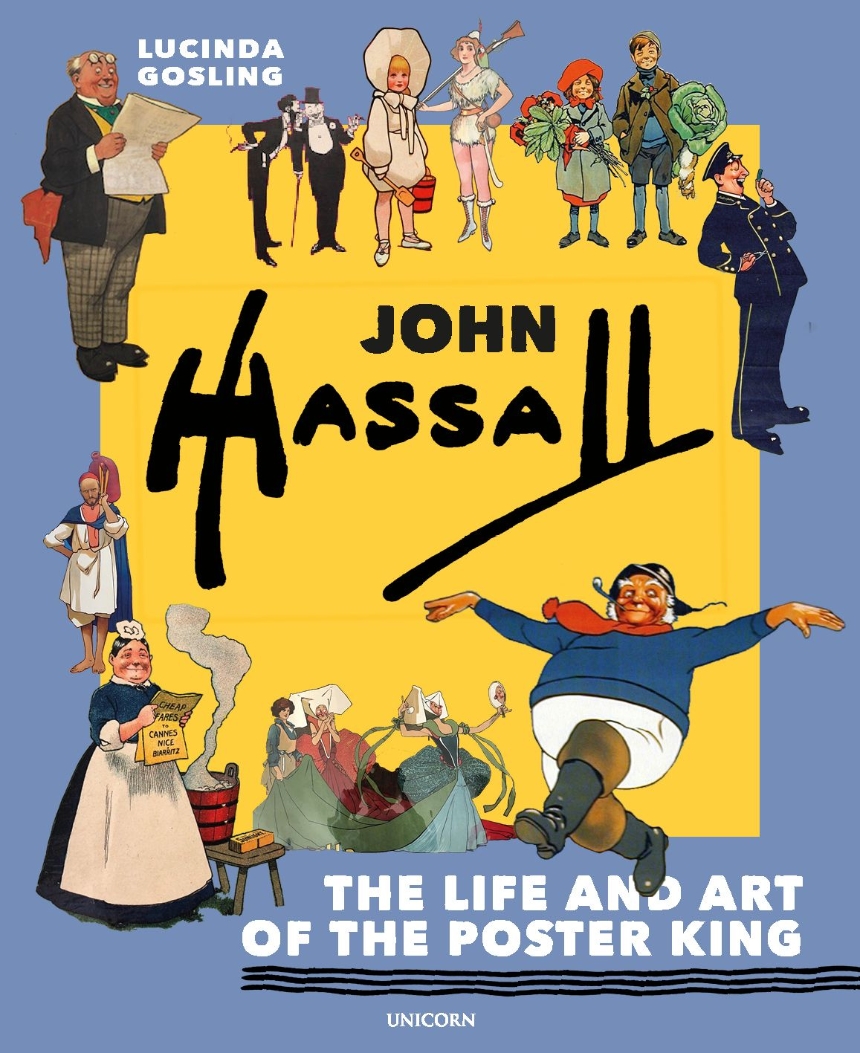 The Life and Art of the Poster King

The Life and Art of the Poster King

A biography of British commercial illustrator John Hassall, “The Poster King,” with one hundred color illustrations

In the early twentieth century, John Hassall (1868–1948) was one of Britain’s best-known, highest-profile artists. Though he worked across a variety of disciplines, it was his commercial art for travel companies, political causes, and well-known brands that made him a household name. With bold lines, flat colors, and an engaging, cheery style, Hassall created some of the most famous and influential designs of the era.

A century after his heyday, Lucinda Gosling presents an exploration of John Hassall’s life, his art, and his legacy. Including photographs of his family and studio, the story behind his iconic “Jolly Fisherman” poster, and previously unpublished material from Hassall’s archive at the University of Essex—including artwork, sketches, letters, diaries, and photographs—this is an unprecedented account of the artist’s life and work.

"Gosling combines biographical detail with enough background and context to convince us that Hassall was an important transitional figure in the shift of visual culture from Victorian fussiness to the more dramatic and dynamic simplifications of modern advertising. This is a valuable and important addition to the bookcase of anyone interested in the history of British poster design."

"Gosling's book is important, not only as a reminder and a celebration of a great English artist, but because, in this age of instant digital imagery, poster art is continually under threat."

"[A] fascinating book. . . . Like the seaside town [Skegness], this illustrated biography is SO bracing."