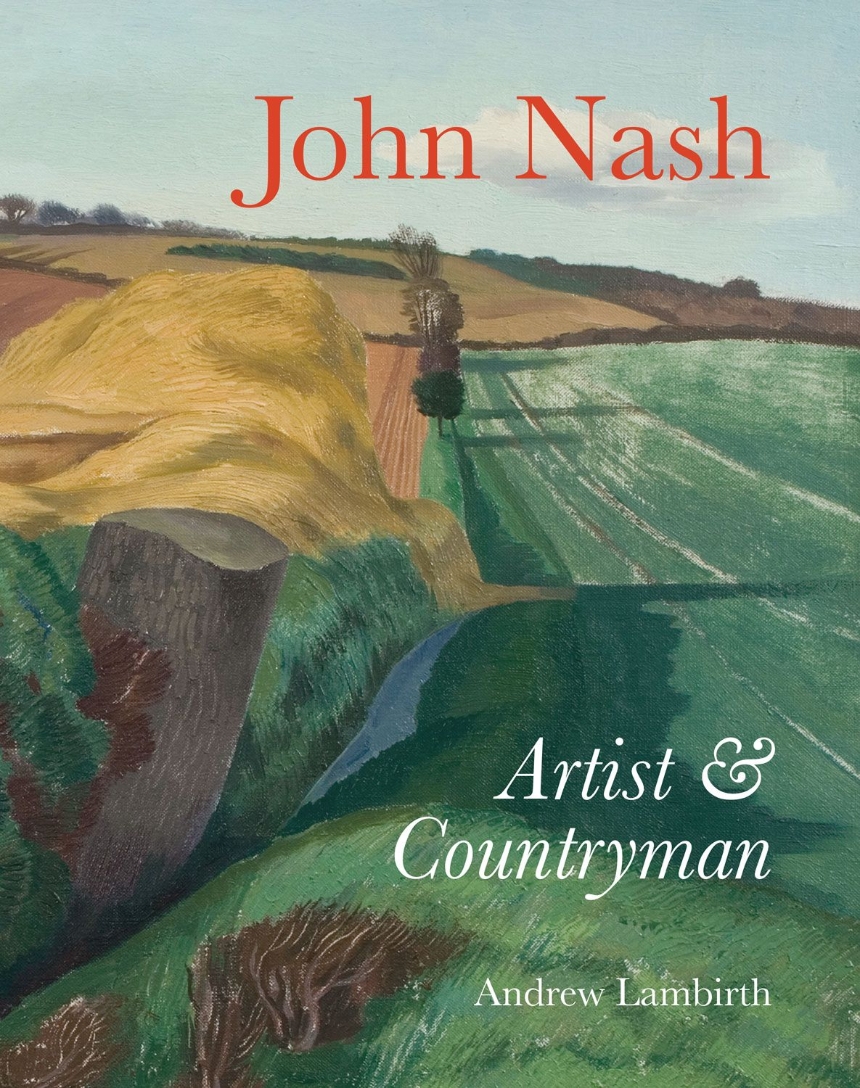 John Nash (1893–1977) was a quintessential twentieth-century painter of the English countryside, but his remarkable achievements have been overshadowed by the more public persona of his older brother Paul. And yet, when we want to summon up an image of an idyllic summer’s day, it is John’s 1919 painting The Cornfield that we remember, not one of Paul’s. With this book, art critic Andrew Lambirth presents the first full-length monograph to address all aspects of John Nash’s illustrious creative life.

Nash began as a watercolor painter, and the medium remained his mainstay throughout his long career. He also worked regularly in oil paint, finding early success with this very different medium with his two great World War I paintings, Oppy Wood and Over the Top, both now housed in the Imperial War Museum in London. An immensely skilled draughtsman, Nash also turned his linear expertise to good effect in his wood engravings and excelled at comic drawing. As Lambirth remarks, “In Nash’s best work the vision is clear, the eye sharp and the sense of pictorial design difficult to fault.”

John Nash: Artist and Countryman brings the work of this critical English artist to an international audience, featuring many works that are in private collections and unknown to the public eye.

"Lambirth is an adroit guide to this particularly English painter whose greatest inspiration was the beguiling if undemonstrative countryside of Suffolk."

"This is a diligent, thoroughly researched account, packed with detail, enlivened by letters and the recollections of Nash’s contemporaries. . . . John Nash: Artist and Countryman is valuable for the superb illustrations, beautifully reproduced throughout, and supplemented by a gallery of works that Lambirth found in the course of his research and could not fit into the text, many in private collections."

"Lambirth, in this well-illustrated monograph, forswears biography and keeps John Nash's art very much to the fore, yet provides a rounded portrait of his life, character and relationships. It is a considerable achievement. . . . In the course of telling us much about Nash's social and artistic world, Lambirth reanimates not only this artist but many others within the history of 20th-century landscape painting. . . . Lambirth revives Nash's stature as an artist. . . . [He] not only successfully integrates Nash's life and art, but he brings to the fore a different set of virtues from those that belonged to his more cerebral and restlessly ambitious older brother."