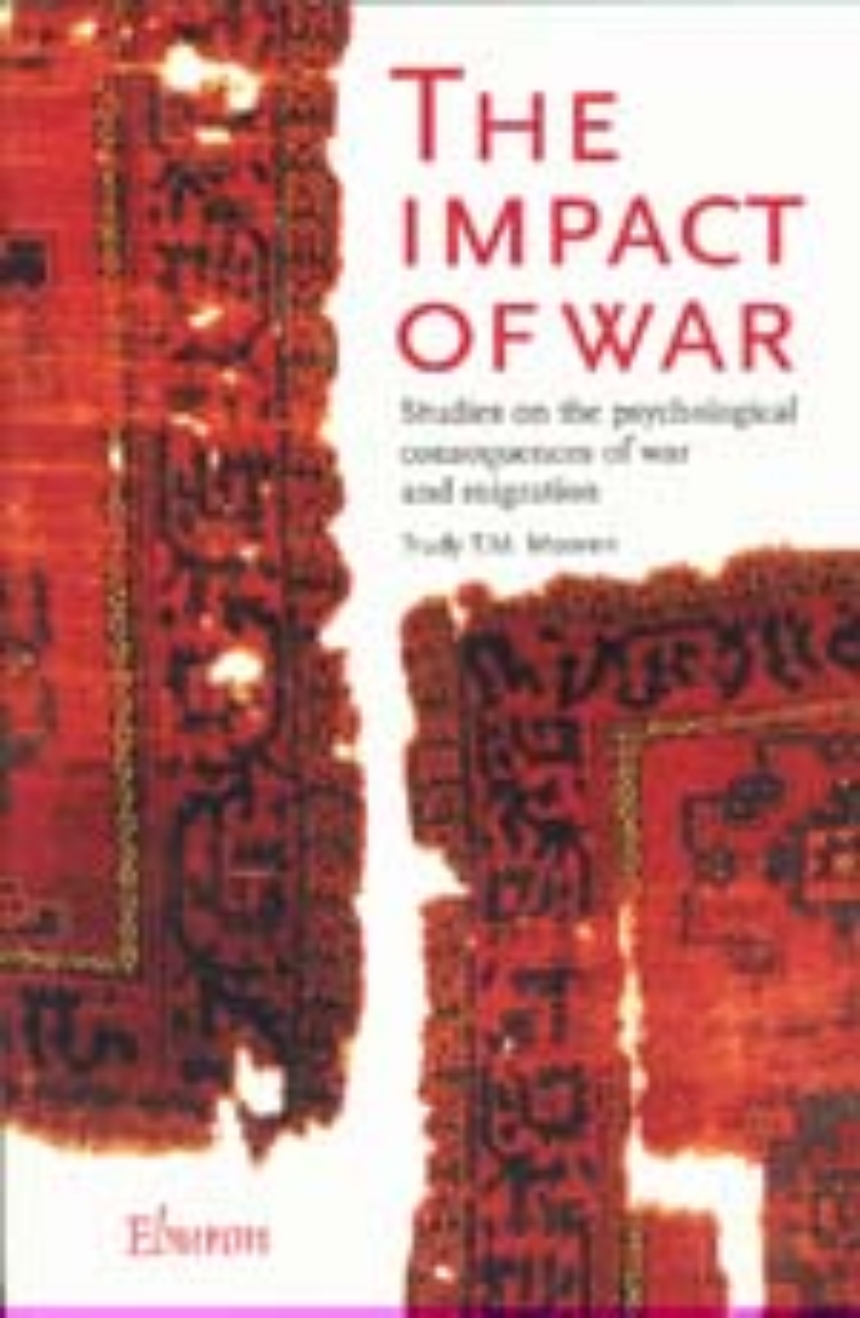 The Impact of War

Studies on the Psychological Consequences of War and Migration

The Impact of War

Studies on the Psychological Consequences of War and Migration

Foreword
1. Introduction
PART I: Assessment
2. The construct validity of the Impact of Event Scale: An empirical test among Bosnian samples
3. The Lowlands Acculturation Scale: Validity of an adaptation measure among migrants in the Netherlands
PART II: Late consequences of World War II
4. Long-term consequences of war and migration in World War II child survivors from the Dutch East Indies
PART III: Short-term sequelae of the war in Bosnia-Herzegovina (‘92- ’95)
5. War, trauma and society: Consequences of the disintegration of Former Yugoslavia
6. Bosnian refugees in The Netherlands: Towards a model of mental health related to war, migration, and acculturation
7. Adaptation among Bosnian refugees in the Netherlands: A longitudinal study of mental health related to war, migration and acculturation
8. The impact of war in Bosnia and Herzegovina: Devastated trust
PART IV: A community directed perspective on intervention
9. The evaluation of mental health services in war: A case register in Bosnia-Herzegovina
10. The impact of a mental health program in Bosnia-Herzegovina: Effects on coping and general health
11. Concluding remarks
Samenvatting (Summary in Dutch)
Curriculum Vitae