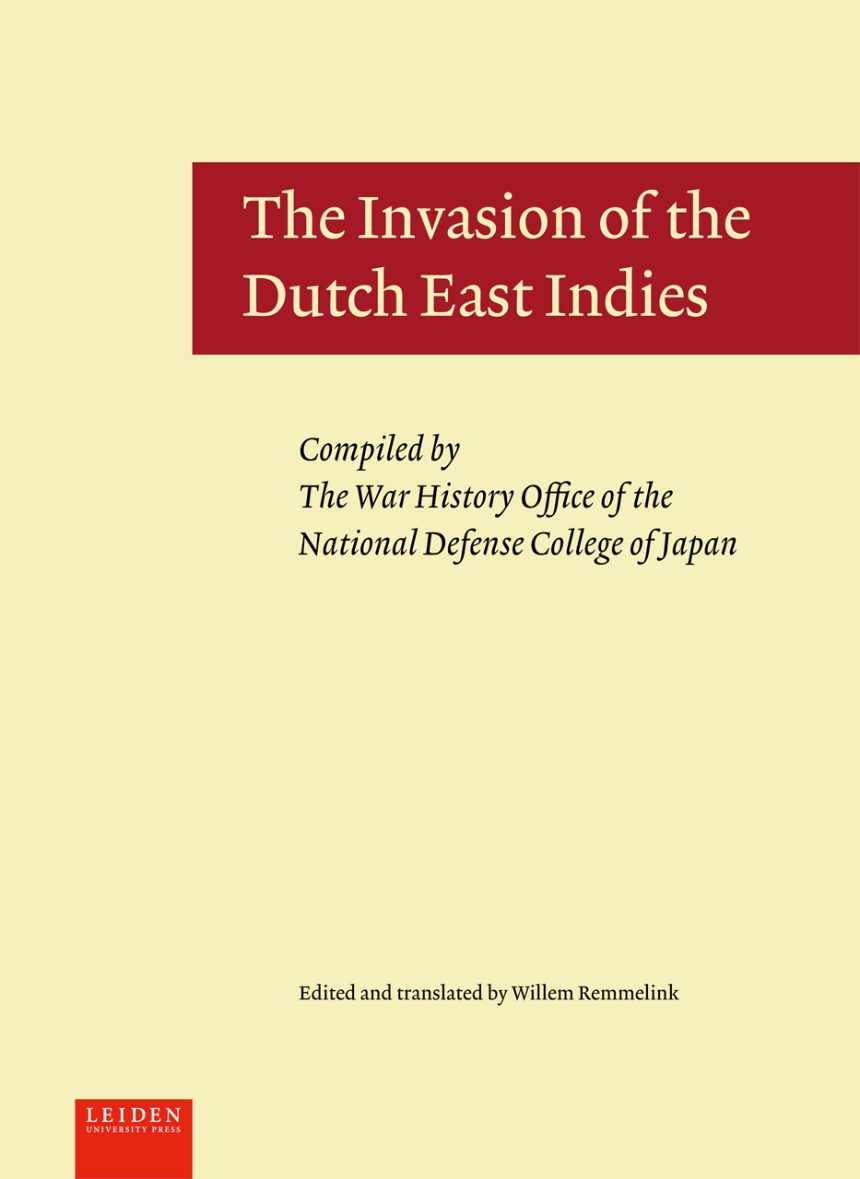 The Invasion of the Dutch East Indies

Edited and Translated by Willem Remmelink

The Invasion of the Dutch East Indies

Edited and Translated by Willem Remmelink

Chapter I Outline of the Operation

Chapter IV Opening of Hostilities and Capture of the Forward Advances Bases Davao and Jolo
1. Capture of Davao
2. Capture of Jolo Island

Chapter V Decision to Advance [the Schedule of] the Java Operation and the Sixteenth Army
1. Decision to Advance [the Date of the Operation]
2. The Cam Ranh Agreement and Shipping Issues
3. The Orders from [the Army Department of] Imperial General Headquarters
4. The Southern Army’s Operational Direction
5. The [Navy] Southern Task Force’s Shift to Phase-Two Operations
6. Departure of the Headquarters to the Sixteenth Army and Revision of Its Operation Plan

Conclusion
Notes
Appendix: List of Units in the Order of Battel of the Sixteenth Army
Glossary
Index of Personal Names
Index of Place Names