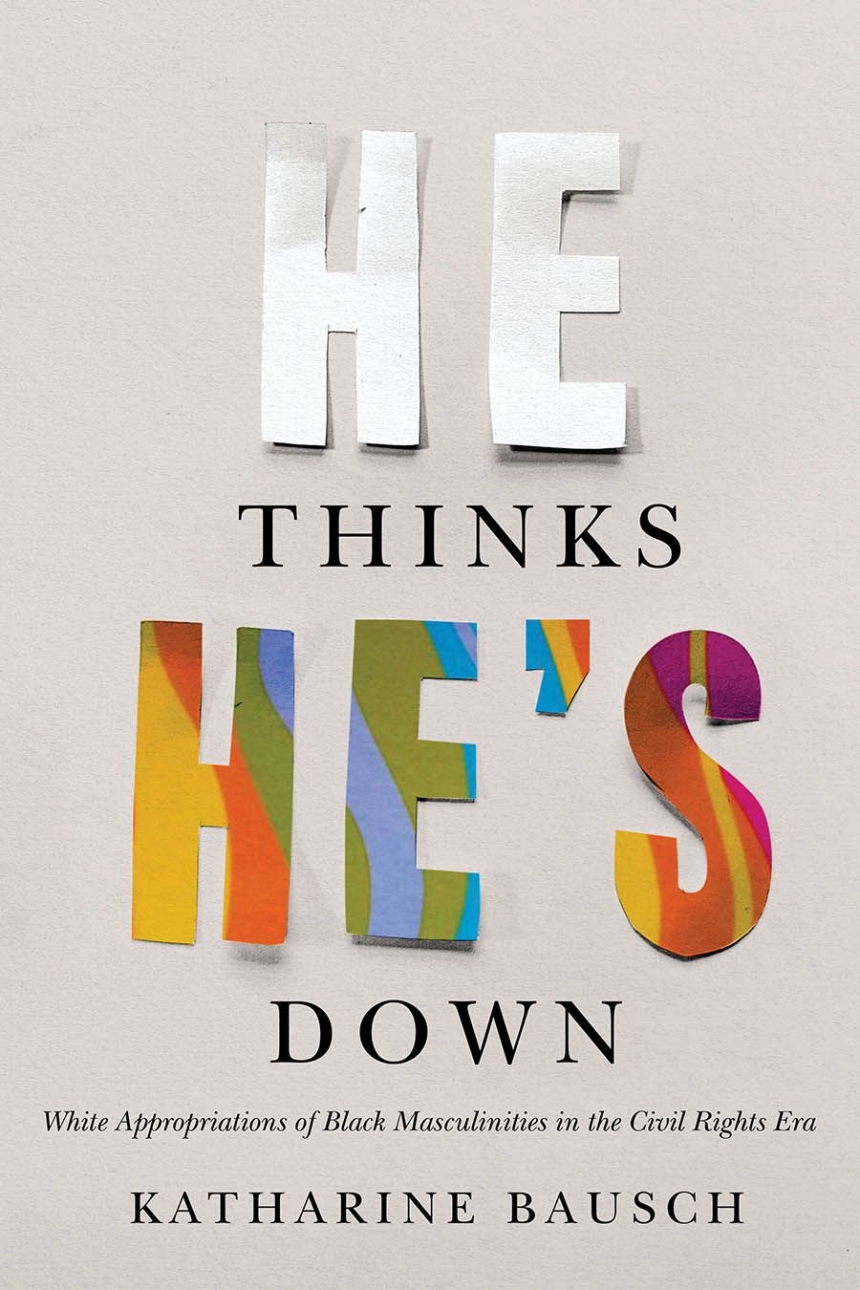 He Thinks He’s Down

White Appropriations of Black Masculinities in the Civil Rights Era

He Thinks He’s Down

White Appropriations of Black Masculinities in the Civil Rights Era

The end of World War II saw a “crisis of white masculinity” brought on by social, political, and economic change. In He Thinks He’s Down, Katharine Bausch explores the specific phenomenon of white men appropriating what they perceived as more powerful black masculinities. It reveals the intricate relationships between racialized gender identities, cultural appropriation, and popular culture during the Civil Rights Era.

Drawing on case studies from three genres--literature, fashion, and film--Bausch untangles the ways in which white male artists took on imagined black masculinities in their work to negotiate what it meant to be a man in America. While Norman Mailer’s and Jack Kerouac’s literature, Hugh Hefner’s fashion features in Playboy magazine, and Hollywood Blaxploitation films may have engaged enthusiastically with tropes of black masculinity, Bausch finds they did little to challenge the racial and gendered stereotypes that perpetuated white supremacy. Indeed, Bausch argues, white men’s use of black masculinities drained black men of their political and racial agency and reduced them once more to little more than stereotypes.

The case studies in this book are engaging and serve as part of a rich analysis of the specific challenges facing white men in the postwar era; the nature of white racial identity; and the ways in which America’s racial culture has shaped unique practices and forms of identity construction.