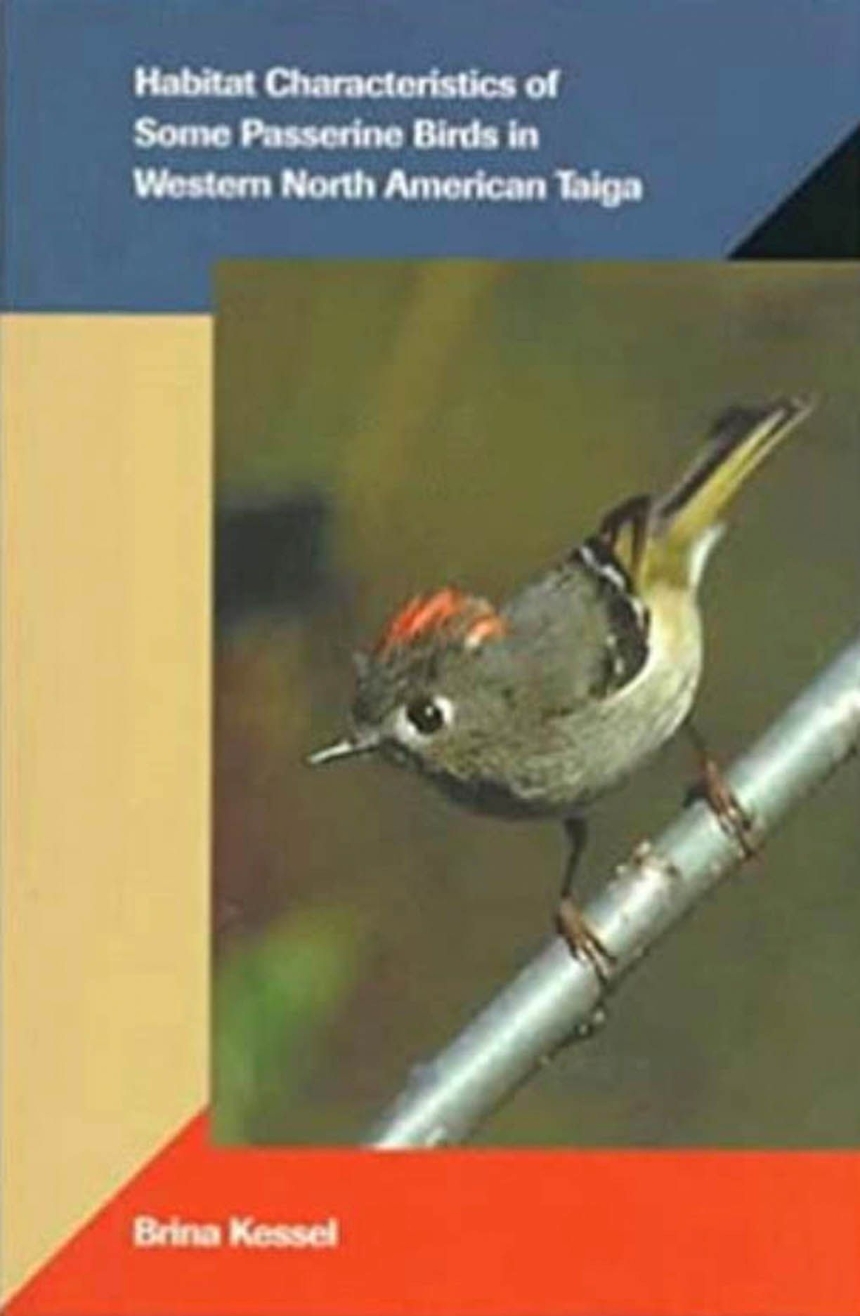 In this monograph the dean of Alaska ornithologists presents various features of taiga habitats that are associated with the presence (or absence) and the densities of some of the small land birds that live in the subarctic. This work integrates many years of observation and study over much of Alaska by Dr. Brina Kessel, the final phase of which was an intensive two years of data collection in the upper basin of the Susitna River, central Alaska--data that constitute the core of this volume. Measured habitat variables from each of twelve 10-hectare study sites, situated in uniform patches of distinct macrohabitats, provided data for analyzing specific habitat relationships of fifteen bird species.

In addition, this book contains descriptions and photographs of typical taiga habitats, exemplified mostly by those of the upper Susitna River basin, color plates of the major species discussed, and numerous tables with synopses of habitat and bird data from the Susitna study. This volume belongs on the bookshelf of anyone with more than a casual interest in the birds or habitats of the North. Scientists, land and wildlife managers, educators, conservationists, bird watchers, and the general public will all find much of interest in this original work.