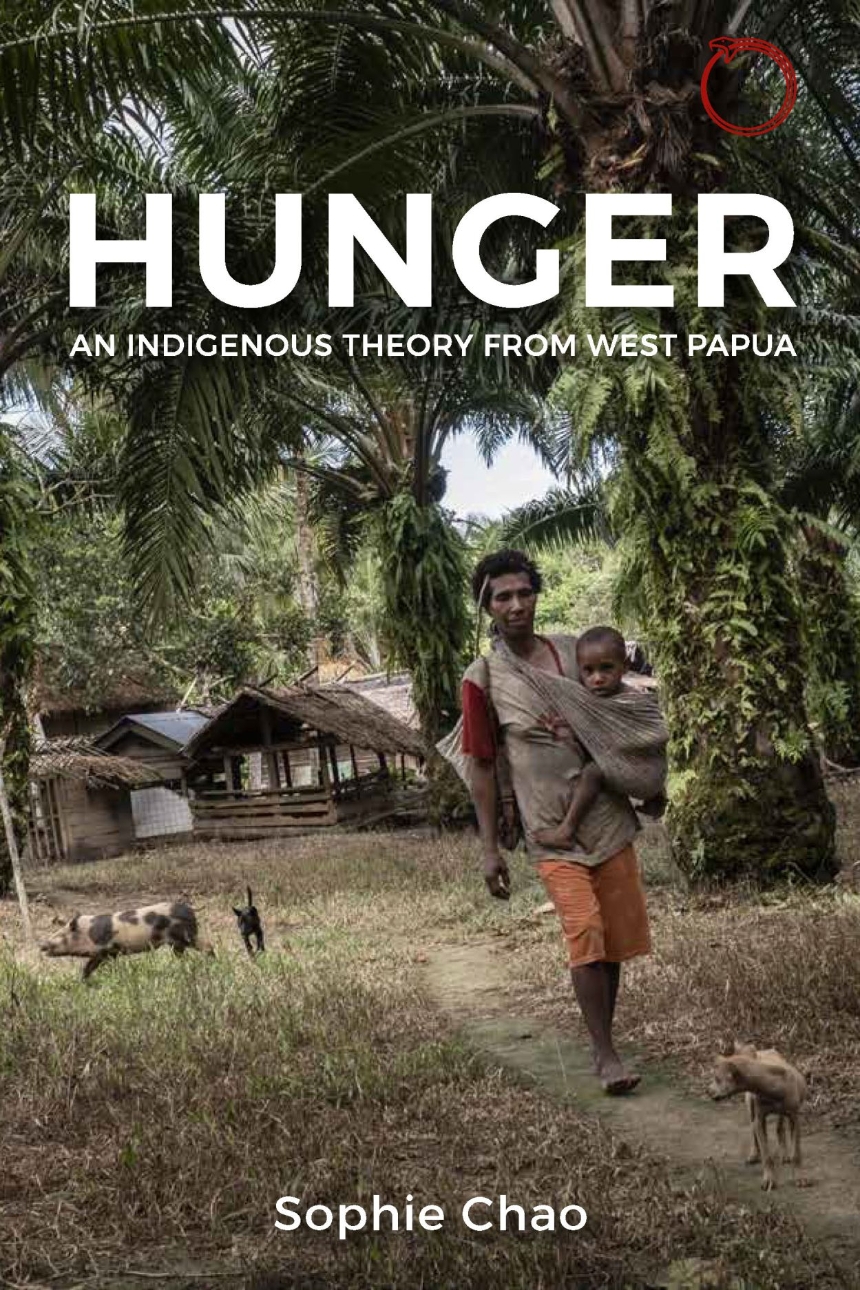 An Indigenous Theory from West Papua

An Indigenous Theory from West Papua

An ethnography that shows hunger to be fraught with sociopolitical implications and shaped by culture, time, and place.

Hunger explores how Marind communities in Indonesian New Guinea sense and make sense of hunger. Grounded in long-term ethnographic fieldwork in the district of Merauke, Sophie Chao examines hunger as a visceral lived experience, one imbued with ethical, political, and affective significance for those subjected to its deleterious effects. In the process, she describes conflicting appetites among the Marind, as well as a landscape altered by deforestation, oil palm production, cities, and roads.

Weaving Indigenous experiences with findings from anthropology and the environmental humanities, Chao situates hunger against the erosion of traditional foodways caused by agribusiness expansion and the violence of settler-colonial rule in West Papua. She reveals how waning forest ecologies and capitalist modernity give rise to complex ecologies of hunger, with ambivalent effects on Indigenous food identities, relations, and environments. In attending to hunger’s dispersed and disputed ontology, Chao innovatively theorizes hunger as a multiple, more-than-human, and morally imbued mode of being—one that is no less culturally and historically situated than food and eating. In doing so, the book invites a vital reimagination of the relations between eating and being eaten in an epoch of planetary unraveling.