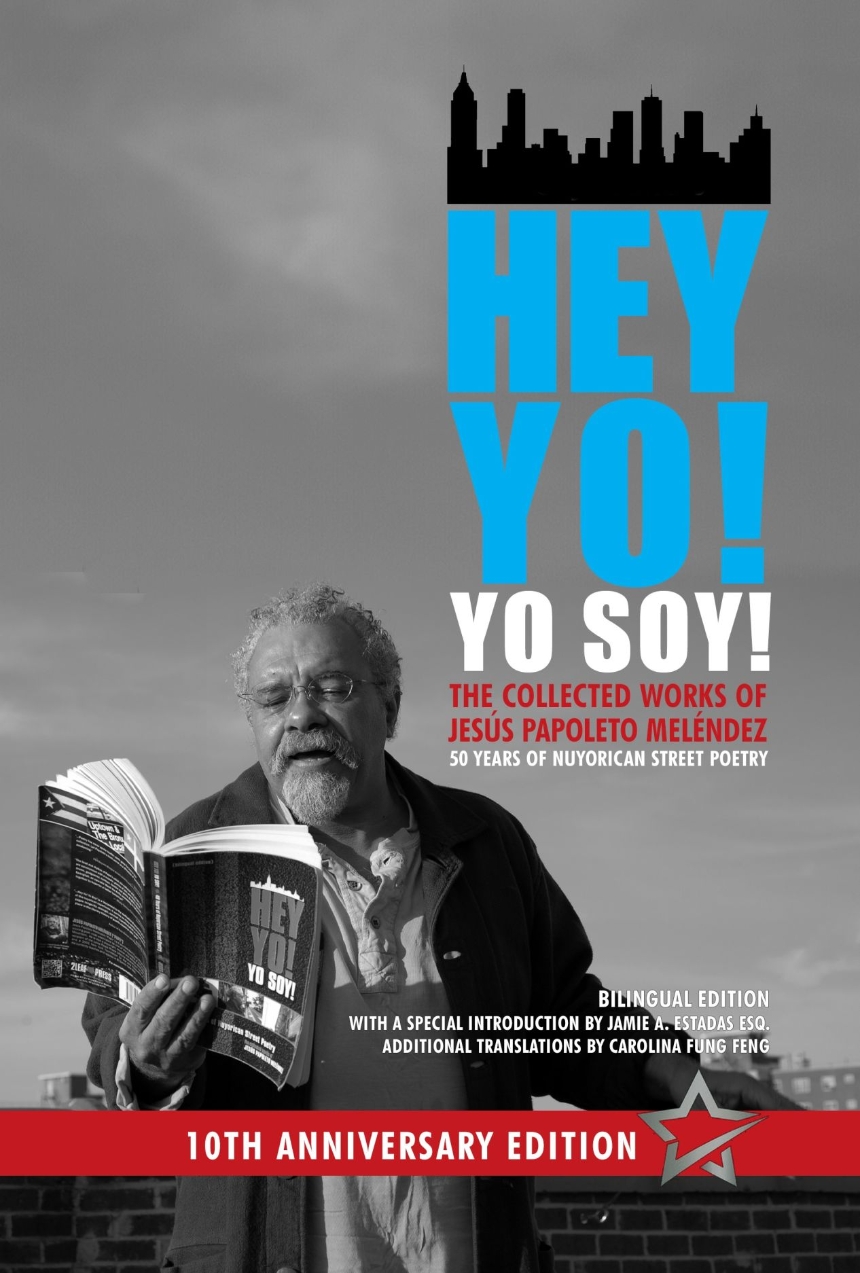 Edited by Gabrielle David and Kevin E. Tobar Pesantez
With an Introduction by Jaime A. Estades and Sandra Mara Esteves
Foreword by Samuel Diaz Carrion and Carmen M. Pietri-Diaz
Afterword by Jamie “Shaggy” Flores
A bilingual collection of three significant works by a founder of the Nuyorican Movement.

This second edition of Jesús Papoleto Meléndez’s Hey Yo! Yo Soy! celebrates the tenth anniversary of the collection’s original publication in 2012. With a title update that reflects the tenth anniversary, this expansive collection comprised of three previously published books—Long Shadows, Have You Seen Liberation, and Street Poetry & Other Poems—brings together stories about growing up Puerto Rican in New York City’s El Barrio. Meléndez, long considered one of the founders of the Nuyorican Movement, offers an approach to political, intellectual, and linguistic topics that remain poignant and relevant today.

This tenth-anniversary edition offers a special introduction by professor, activist, attorney, and sociologist Jaime A. Estades, who surveys Meléndez’s career in a sociological framework, offering a fresh perspective of his body of work. Meléndez discusses his Hey Yo! Yo Soy! and provides a historical survey of the Nuyorican landscape and its existence today.