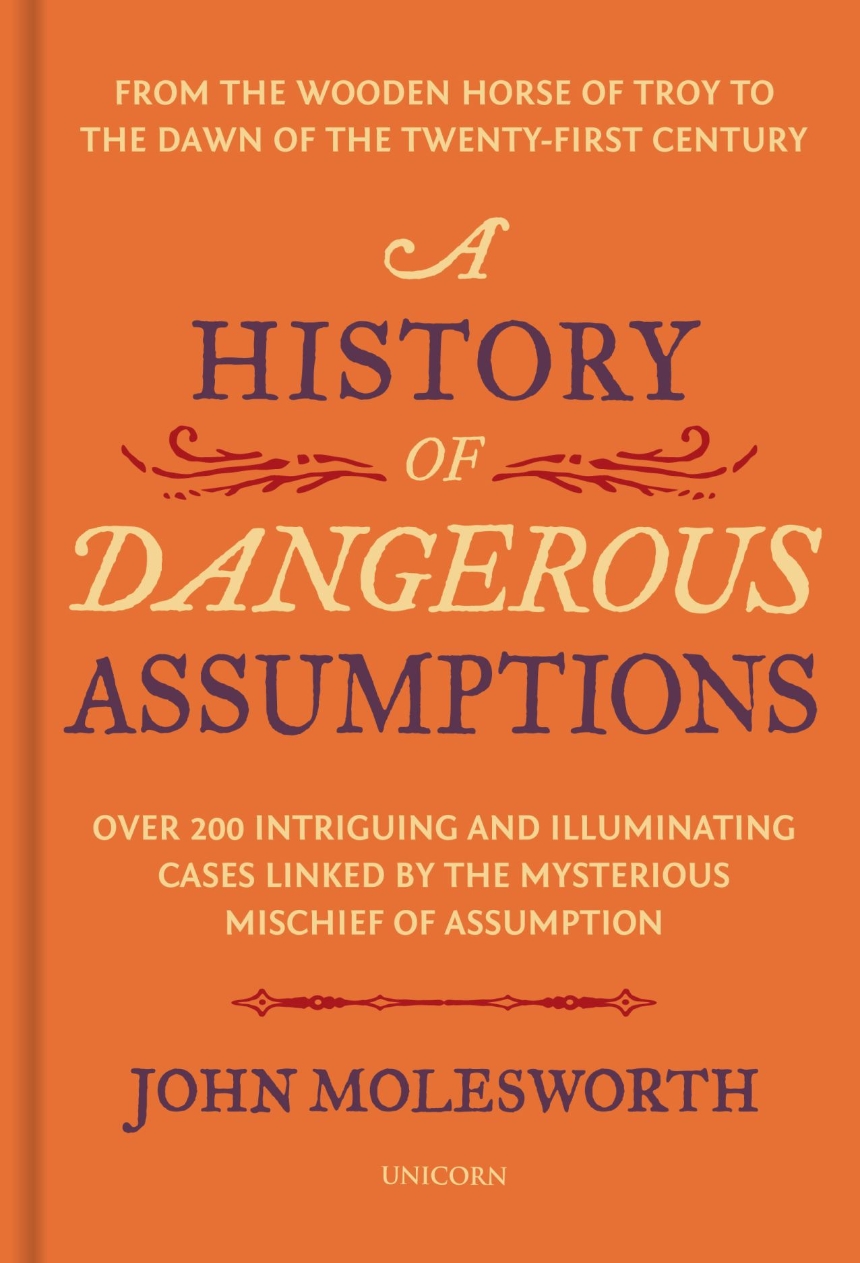 A History of Dangerous Assumptions

A History of Dangerous Assumptions

A compelling historical exploration of the general vulnerability of the human mind to assumption.

The act of assuming—of jumping to conclusions, of lacking sufficient evidence, of taking things for granted—seems to have caused many problems for human civilization. In this book, John Molesworth presents more than two hundred intriguing case studies on the subject of assumption, including some of the most disastrous ever foisted on the human race. Spanning ancient Greece to the present day, Molesworth offers a fascinating new perspective on history. From Hannibal’s crossing of the Alps to Bonaparte’s march on Moscow; from the hubris of Icarus and Phaeton to the toppling towers of the Tay Bridge; from the maddening phantoms of a Northwest Passage to the sinking of the Titanic; from the Schlieffen Plan of World War I to the approach to the D-Day invasion; from Jean-Jacques Rousseau to Sherlock Holmes, here lies a highly contrasted trove of stories, episodes, and anecdotes, all with the common link of the mysterious mischief of assumption.