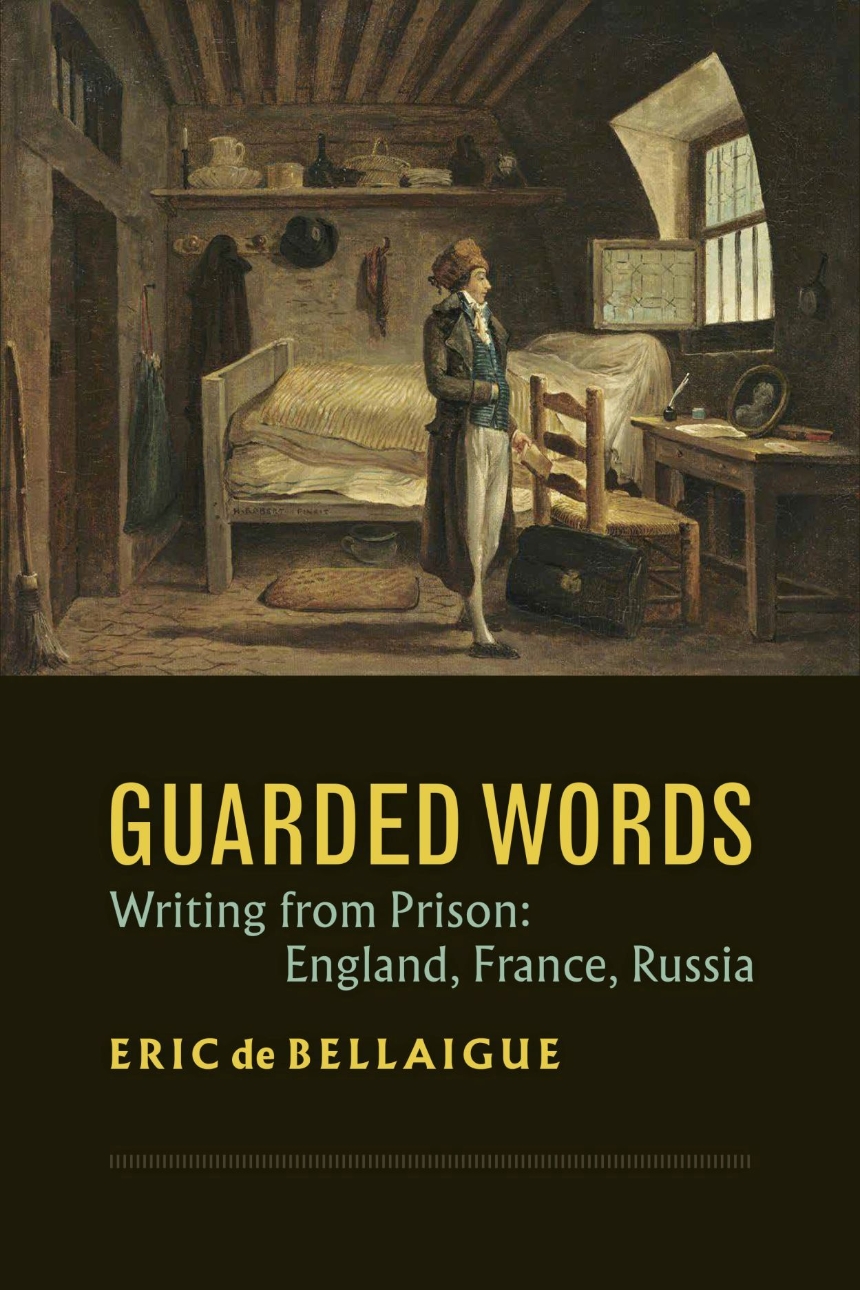 “Can prison writing lay claim to a distinctive chapter in histories of literature? Is there a thread linking prisoners’ output across the centuries? Can confinement provide the ideal environment for literary creativity? Is there common ground among the subjects treated? Alternatively, does diversity ride rough-shod over the shared experiences of imprisonment?”—Isaac D’Israeli’s “Imprisonment of Learned” from Curiosities of Literature

Eric de Bellaigue has attempted to answer the questions posed by D’Israeli by crafting a collection drawn only from text written within the confines of prisons. Guarded Words explores the lives of prisoners throughout history, illuminating their wide-ranging reasons for incarceration, and describing the conditions of the prisons that held them. Featuring writings dating back to 1500, this volume spans centuries and crosses continents, taking readers to England, France, and Russia.

Where common ground is apparent it is at the personal level, notably in the causes of imprisonment, which include, for religious views: John Bunyan, Clément Marot, Anne Askew, Thomas More, and John Hart; for reasons of State: Walter Raleigh, William Prynne, Antoine Lavoisier, Madame Roland, André Chénier, Jean-Antoine Roucher, the Earl of Surrey, Charles I, and Richard Lovelace; as victims of civil action: William Combe, Theodore von Neuhoff, King of Corsica, Mirabeau, and Voltaire; for dissidence in Russia: Alexander Solzhenitsyn, Lev Mishchenko, and Irina Ratushinskaya; and for murder: Pierre François Lacenaire and William Chester Minor.

The writing is accompanied by thirty black-and-white images, textual notes throughout, and an appendix that provides short notes about each writer.