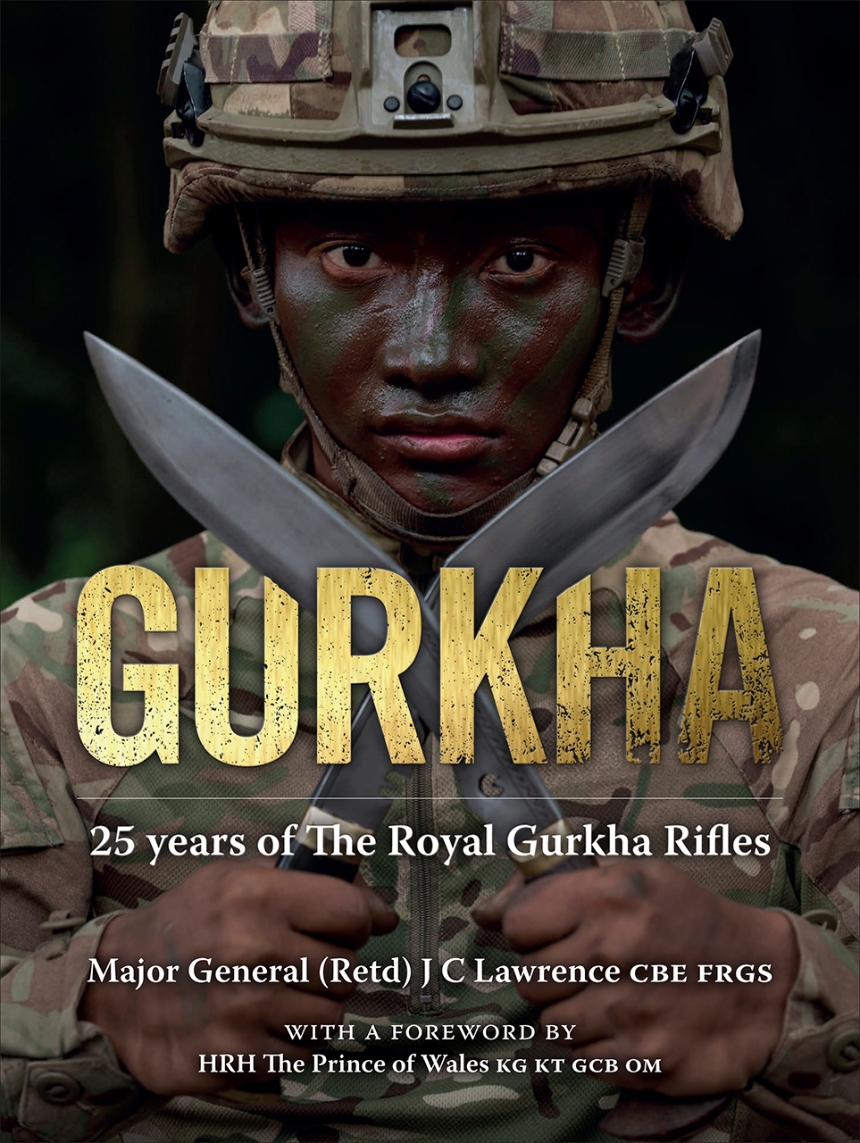 25 Years of the Royal Gurkha Rifles

25 Years of the Royal Gurkha Rifles

Foreword by HRH the Prince of Wales KG KT GCB OM
This sweeping pictorial history of the Royal Gurkha Rifles is an introduction to the regiment, its operations, and its deployments at home. Supported by a wealth of photographs chronicling the last quarter of a century in service to the Crown, Gurkha: 25 Years of the Royal Gurkha Rifles commemorates the twenty-fifth anniversary of the regiment.

Brief histories of deployments and special interest sections, including recruiting, training, sport, religious festivals, and of course, the kukri are included. Lists of officers, soldiers, honours, and awards—including The Roll of Honour and Battle Honours (and its antecedent regiments)—are amongst the detail amassed in this special edition. This stunning celebration of the Royal Gurkha Rifles is accompanied by more than five hundred illustrations and a foreword by His Royal Highness Prince Charles.

"A pictorial celebration of 25 years of the Royal Gurkha Rifles, this book is crammed with more than 500 images of the brave soldiers past and present...Lawrence wanted to include as many of the men as possible as a tribute to those who had served and continue to serve in the RGR."

"There can be few better qualified to write the silver jubilee history of the RGR than Craig Lawrence. What he has skilfully produced is a magnificent record of the famous and fearless fighting men from Nepal. Illustrated with over 500 wonderful, mainly colour, photographs this intimate account really does do justice to the entire Regimental family and superbly balances the operational, organisational, regimental and historical aspects of their first 25 years. Gurkha is compelling reading and sure to become an essential reference work. It is great value for money and a highly recommended and timely Christmas gift!"

"[A] fine study… Maj-Gen Lawrence, the third of the (so far) four honorary colonels, tells the story of the new regiment’s first 25 years and packs it with illustrations."