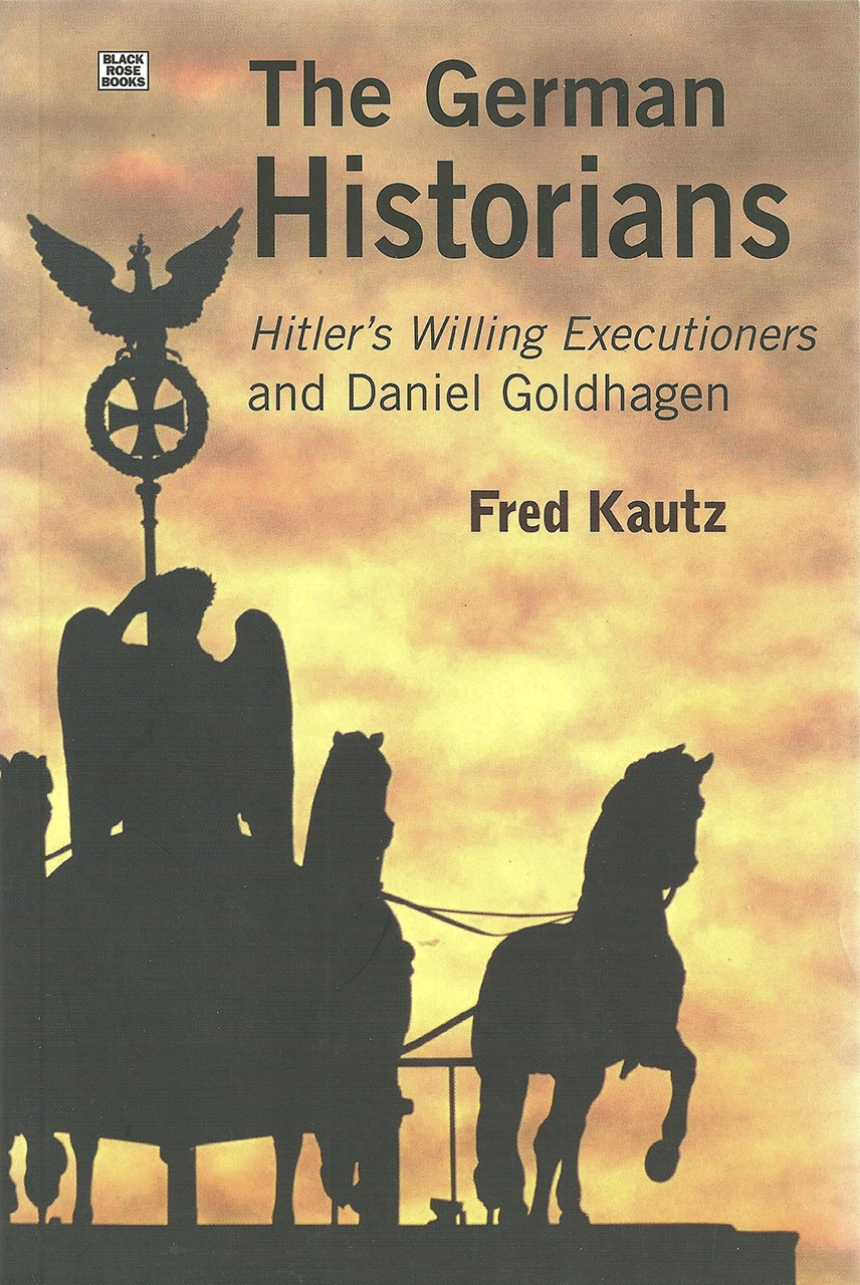 In an attempt to understand why leading German historians dismissed, outright, Goldhagen’s groundbreaking international bestseller, Fred Kautz subjects the public and private utterances, and the written reviews of three prominent German historians - Hans Mommsen, Hans-Ulrich Wehler and Eberhard Jackel - to a very close examination. What he found was historical bias and complicity.Demands a fundamental revision in our thinking of, and recording of, the years between 1933 and 1945. In 1997, Daniel Goldhagen published his groundbreaking international bestseller entitled Hitler’s Willing Executioners which he believed would lay to rest many myths about the Holocaust: that Germans were ignorant of the mass destruction of Jews, that the killers were all SS men, and that those who slaughtered Jews did so reluctantly. Drawing on a wealth of unused archival materials, principally the testimony of the killers themselves, Goldhagen took his readers into the killing fields where Germans voluntarily hunted Jews like animals, tortured them, and then posed cheerfully for snapshots with their victims. From mobile killing units, to the camps, to the death marches, Goldhagen showed how ordinary Germans, nurtured in a society where Jews were seen as evil and dangerous, willingly followed their beliefs to their logical conclusion. An explosive work, exhaustively documented, and richly researched, it offered irrefutable proof that should have forced a fundamental revision in our thinking and recording of events, but instead of seeing this work as a chance to seriously re-evaluate what happened in Germany, the influential German historians angrily rejected it with accusations of a lack of scholarship, to a reaction against its popularity. This investigative work deals with that historical bias and the resulting complicity. Fred Kautz could not understand why leading, professional, German historians refused to take up the gauntlet thrown by Goldhagen. The German Historians is the result of his attempt to get to the bottom of this mystery. First he presents an overview of Goldhagen’s work, then he subjects the public, and private, utterances, and the written reviews of three prominent German historians--Hans Mommsen, Hans-Ulrich Wehler, and Eberhard Jackel--to a very close examination, and finally he draws some conclusions, and warnings, about how we record history. Table of Contents Foreword by Helmut DahmerPrefaceGold-Hagen and "Siegfried"The Nightmares of Ruth Bettina BirnKater and MouseInstead of a PostscriptThe German HistoriansBibliographyIndexFred Kautz came to Canada as a youth and returned to Germany after his university studies were completed. He is currently a freelance historical researcher in Darmstadt. German Edition published by Verlag Edition AV. 204 pages "paperback" ISBN: 1-55164-212-3 $24.99 "hardcover" ISBN: 1-55164-213-1 $53.99 History November 2003

The Nightmares of Ruth Bettina Birn

Instead of a Postscript