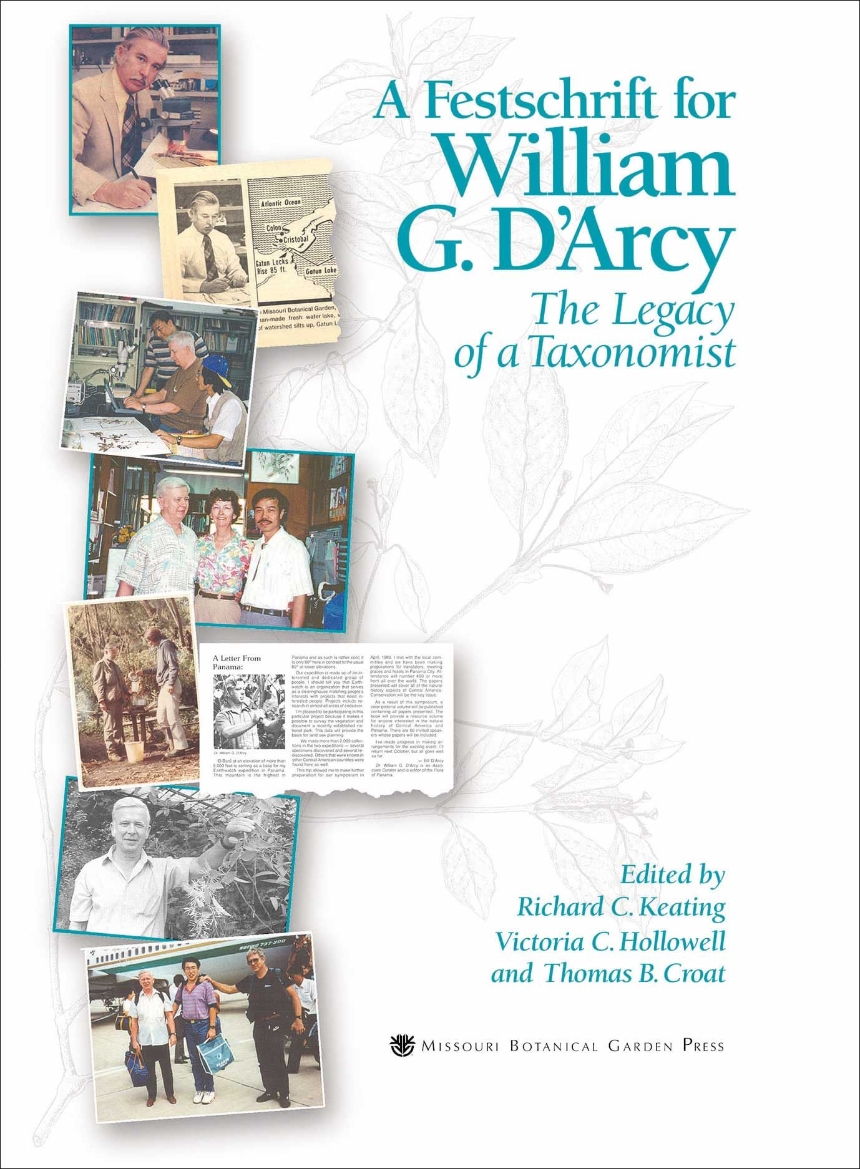 The Legacy of a Taxonomist

The Legacy of a Taxonomist

The life of William G. D'Arcy was unusual in many respects. His research career as a systematic botanist would be considered exceptionally productive even if begun in his twenties, rather than at age 41. In his early career he worked as an economist, and then as an entrepreneur in the British West Indies. In that beautiful locale, a fascination with the local flora gradually attracted more and more of his energy. Deciding on a career change, D'Arcy pursued master’s (University of Florida) and doctoral (Washington University) degrees. He was appointed by the Missouri Botanical Garden to organize the completion of the multi-volume Flora of Panama project and simultaneously developed the first computerized database for a large flora. He rose to the rank of Curator and became an internationally recognized expert in the systematics and evolution of the large and economically important nightshade family. This volume features a collection of scientific contributions by D'Arcy’s friends and colleagues that form a fitting memorial to the life of this influential taxonomist.