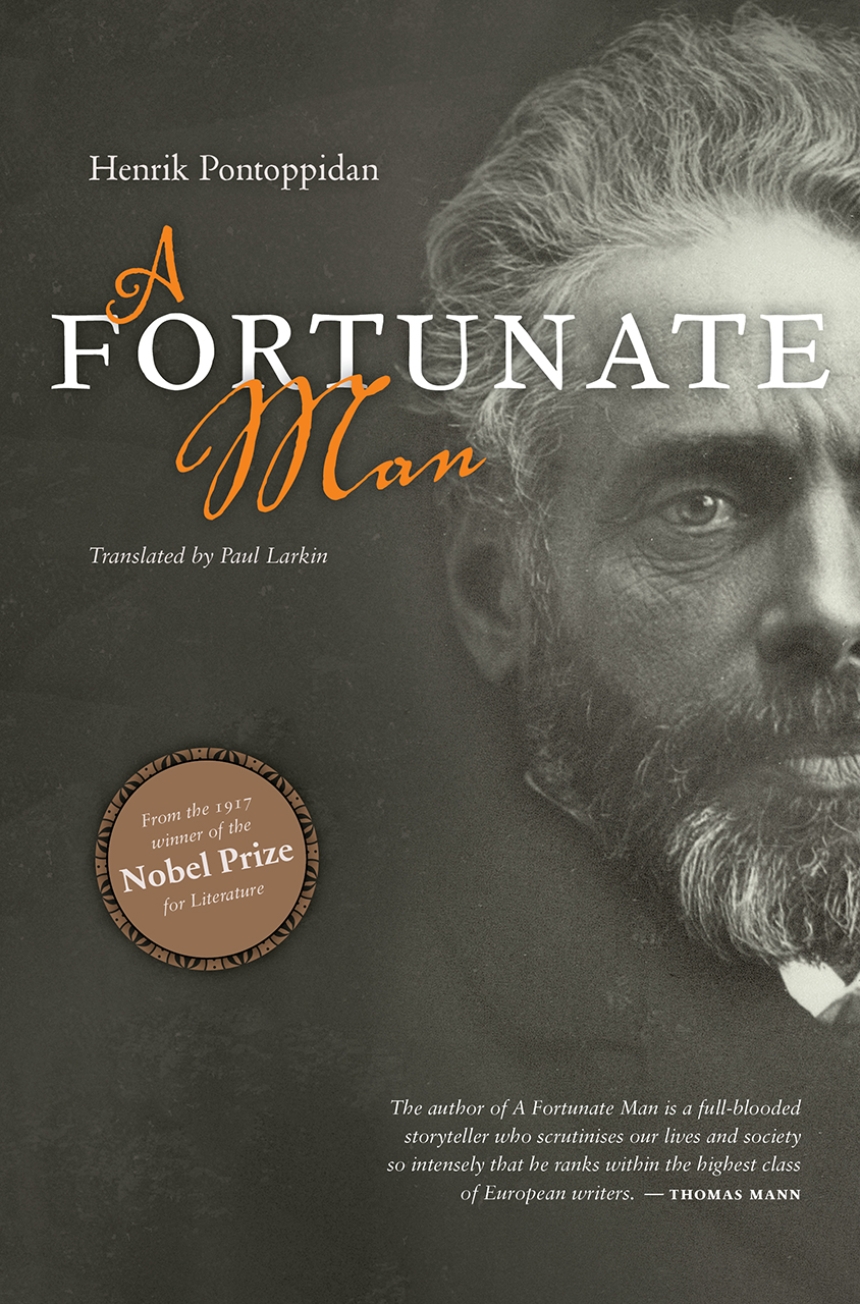 Translated by Paul Larkin
With an Afterword by Flemming Behrendt
9788763544245

Translated by Paul Larkin
With an Afterword by Flemming Behrendt
Per Sidenius seemingly has it all. As the twentieth century dawns, this son of a poor minister has put his sad childhood behind him: he’s quickly becoming famous as a forward and freethinking man of the “New Age” and is about to marry a wealthy Jewish heiress.
It’s just then that doubts appear—Sidenius starts to question his life, down to its very foundations. As these questions sink in, and outside events, from financial pain to illicit trysts stretch him to his limits, he is revealed as a man in crisis who must decide where he stands. He is the perfect symbol of a nation—and a culture—that is not as brave, ambitious, or solid as it likes to boast. Painting a vast canvas of prewar Europe that stretches from Denmark to Rome, A Fortunate Man is a vital rediscovery, a novel praised by Thomas Mann and Georg Lukacs that can stand with the greatest realist masterworks of the twentieth century.

"More than a century after its initial publication, A Fortunate Man skillfully and unsentimentally addresses the central concerns of modern life--tradition vs innovation, the individual vs community, religion vs secularism, self-indulgence vs self-denial. . . . Pontoppidan's genius, in capturing not only a crucial moment in Danish history but also a watershed in the development of the modern individual, deserves much more attention than it has previously received in the English-speaking world. With any luck, Paul Larkin's eminently readable translation will bring him that visibility."

"A novel for our time. . . . Pontoppidan’s novelistic lesson about the perilous road to selfhood in a world of our own making could not be more timely. . . . Not only does Pontoppidan’s verbal orchestration deal with authority on the cusp of an existential and national breakthrough that verges on a breakdown; it also offers up an array of painstakingly nuanced individual portrayals and revelations. Alongside this it unfolds, in telling detail, a host of theological and philosophical, political and aesthetic, scientific and technological bones of contention of the kind that defined the cultural and societal scene in Denmark and countries south of its border during the ground-shifting transition from a world of hegemonic national spirituality to one of global innovation and market economic expansion—all turning individual souls more optimistic and more lost than most people realized or had words for."

"The author of A Fortunate Man is a full-blooded storyteller who scrutinizes our lives and society so intensely he ranks within the highest class of European writers. . . . With that charming, indeed gripping, stringency which is the secret to art, he judges his time and, as a true poet, points to a purer humanity."