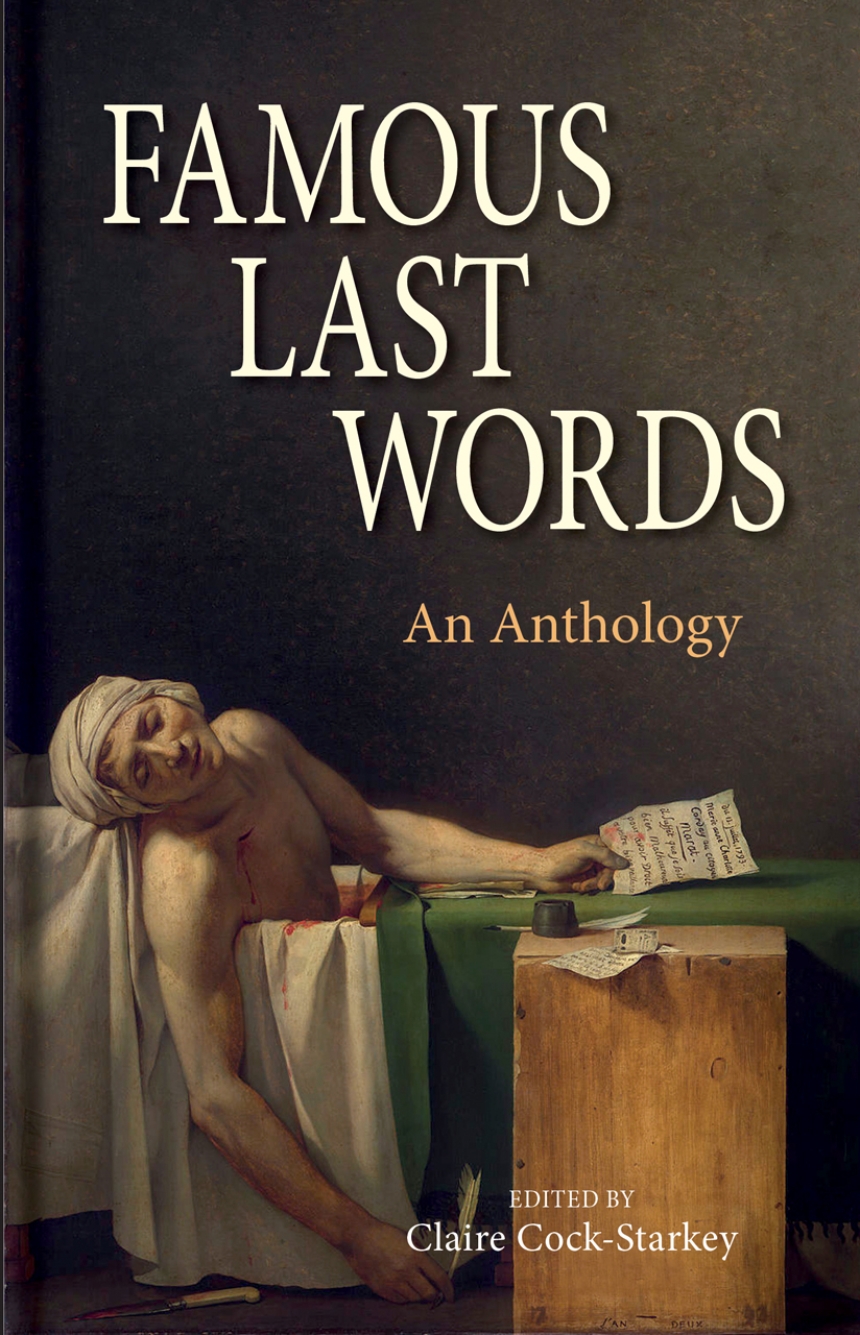 Which statesman was, by the end, “bored with it all?” Which world-renowned economist considered on his deathbed whether he ought to have been less abstemious, saying “I should have drunk more champagne.” Did Admiral Horatio Nelson, one of England’s greatest naval heroes, really utter “Kiss me, Hardy” to his captain just before his death in the Battle of Trafalgar?

Over the years, family and loved ones have recorded an extraordinary number of famous last words, from kings and queens to politicians, philosophers, scientists, writers, and actors. These exit lines can impart keen insights from an extraordinary life, reveal a sense of humor indomitable in even the darkest hours, or tell us something about a celebrated person’s last moments of life. Perhaps unavoidably given their provenance, many last words have proven irresistible to embellishment or remain in question. King Charles II, for example, was said to have instructed his brothers to “let not Poor Nelly starve,” asking that his favorite mistress be provided a pension of 1,500 pounds a year. Although she did indeed receive said pension, some contend that Charles’s actual last words, following a long period of illness, were, “You must pardon me, gentlemen, for being a most unconscionable time a-dying.”

For Famous Last Words, Claire Cock-Starkey has collected the most interesting, insightful, and controversial last words, from deathbed desperation to the fondest of farewells.