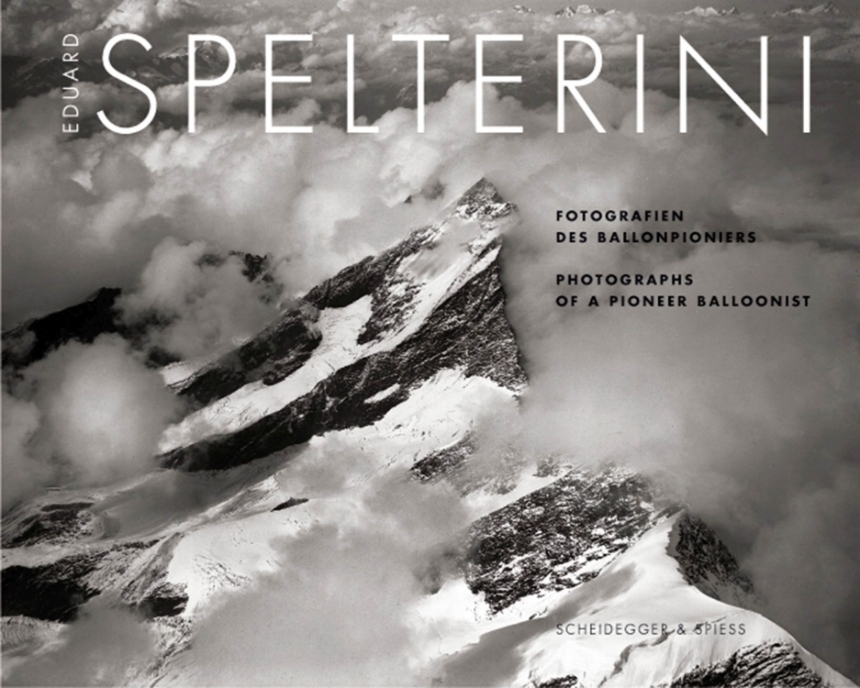 With Essays by Alex Capus and Hubertus von Amelunxen
Known as the “King of the Air,” the Swiss balloonist Eduard Spelterini (1852–1931) enchanted the imaginations of European royalty, military generals, wealthy patrons, and the public alike with his mastery of the most whimsical mode of travel ever invented—the gas balloon. During the course of his storied aviation career, Spelterini flew his balloons over the Swiss Alps, across the Egyptian pyramids, and past the ziggurats of the Middle East, taking breathtaking photographs of landscapes and cities from the sky.
On Spelterini’s first ballooning ventures, he ferried aristocrats between Vienna, Bucharest, Athens, and other European capitals, on flights that became so famous that they were soon jam-packed with an international press corps looking for the next sensational story. Later in his life, Spelterini was the first aeronaut to succeed in the hazardous passage over the Swiss Alps, a trip then thought impossible. Eventually, he decided to bring his camera on every voyage in order to document the full panorama of international vistas he encountered.
Eduard Spelterini—Photographs of A Pioneer Balloonist is the first book after 80 years to present these images of his journeys, reproduced directly from the artist’s original glass negatives. Contextualized by essays that explore both Spelterini’s life and his photographic work, the photographs featured in this volume capture the heady mix of danger and discovery that defined the early years of international air travel when balloons ruled the skies.

"Many of the black-and-white panoramas reproduced here from his original glass-plate negatives — images of Alpine glaciers and South African mining sites, of streets and buildings in Cairo, Zurich, Geneva and Copenhagen — are technical as well as artistic marvels. . . . By reminding us of the many obstacles he overcame, the editors have performed a valuable service. Spelterini mastered his risky profession, steering these whimsical vehicles through all kinds of weather, without killing himself or others during more than 550 flights. By unearthing photographs that continue to excite our gaze, this book restores the forgotten aeronaut to his deserved place as a pioneer of luxurious travel across the heavens."